Special feature: This 23 black Urusinuri Kabuki and Do and other fittings are nice
condition.This family crest is a mark of Daimyo Sakomizu which is a stream of the Shimazu family.
This item is a traditional Daimyo family Sakomizu family heirloom.
Sakomizu Hisatsune is quite a well known man for working besides Japan’s emperor.
He wrote the original script of Japan’s Emperor Hirohito’s announcement
in Gyokuon Houso (Broadcast Japan’s emperor’s voice).
His father was also famous prime minister while 226 accident（Feb26th incident) occurred.
At that time he was a member of the Executive Secretary to the Prime Minister and helped to escape from the accident.
Family crest is on the Maedate in front of the Kabuto. We attached the same family crest.
We obtained this Yoroi and Kabuto and also swords from this family.
We recommend this traditional historical Yoroi and Kabuto. 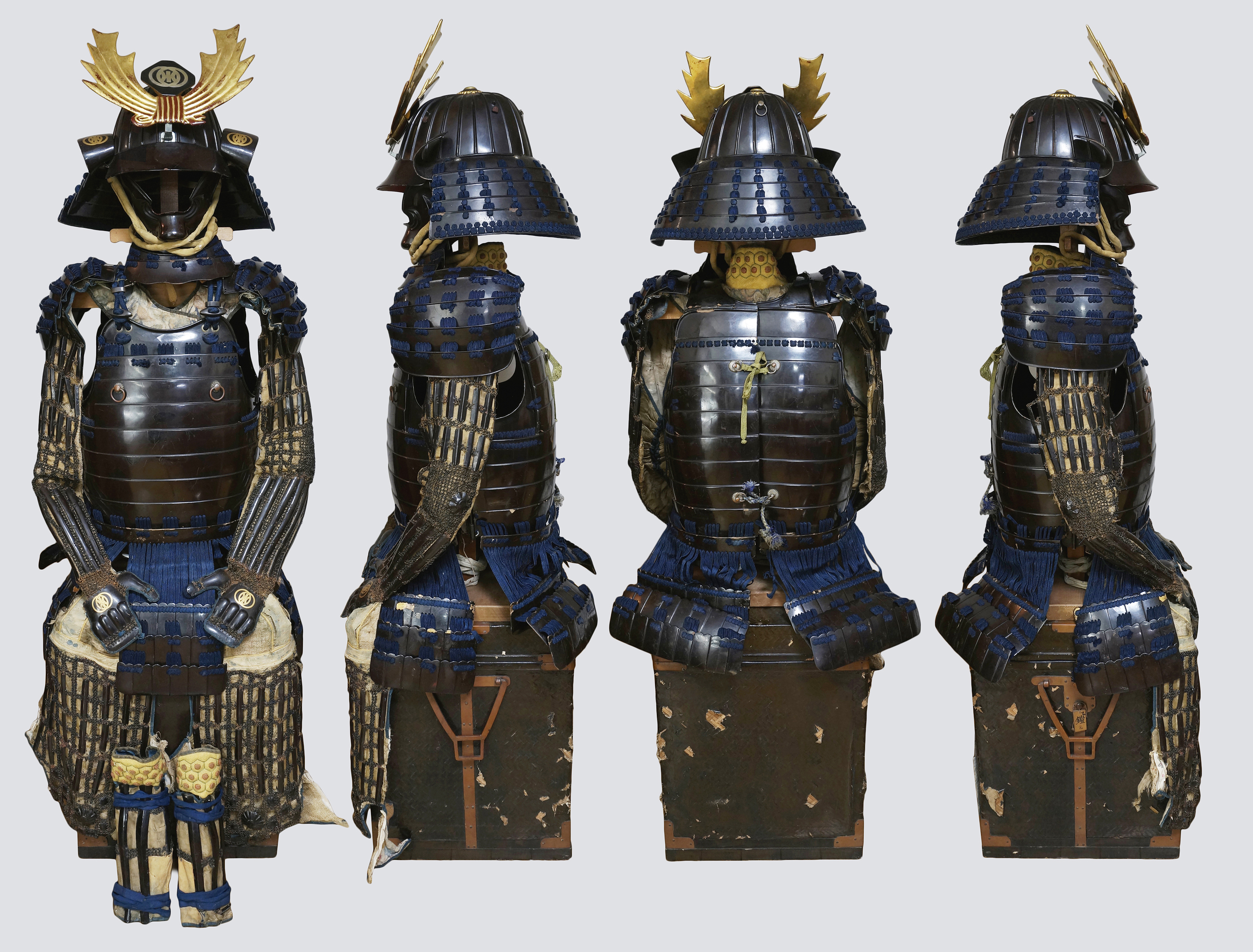 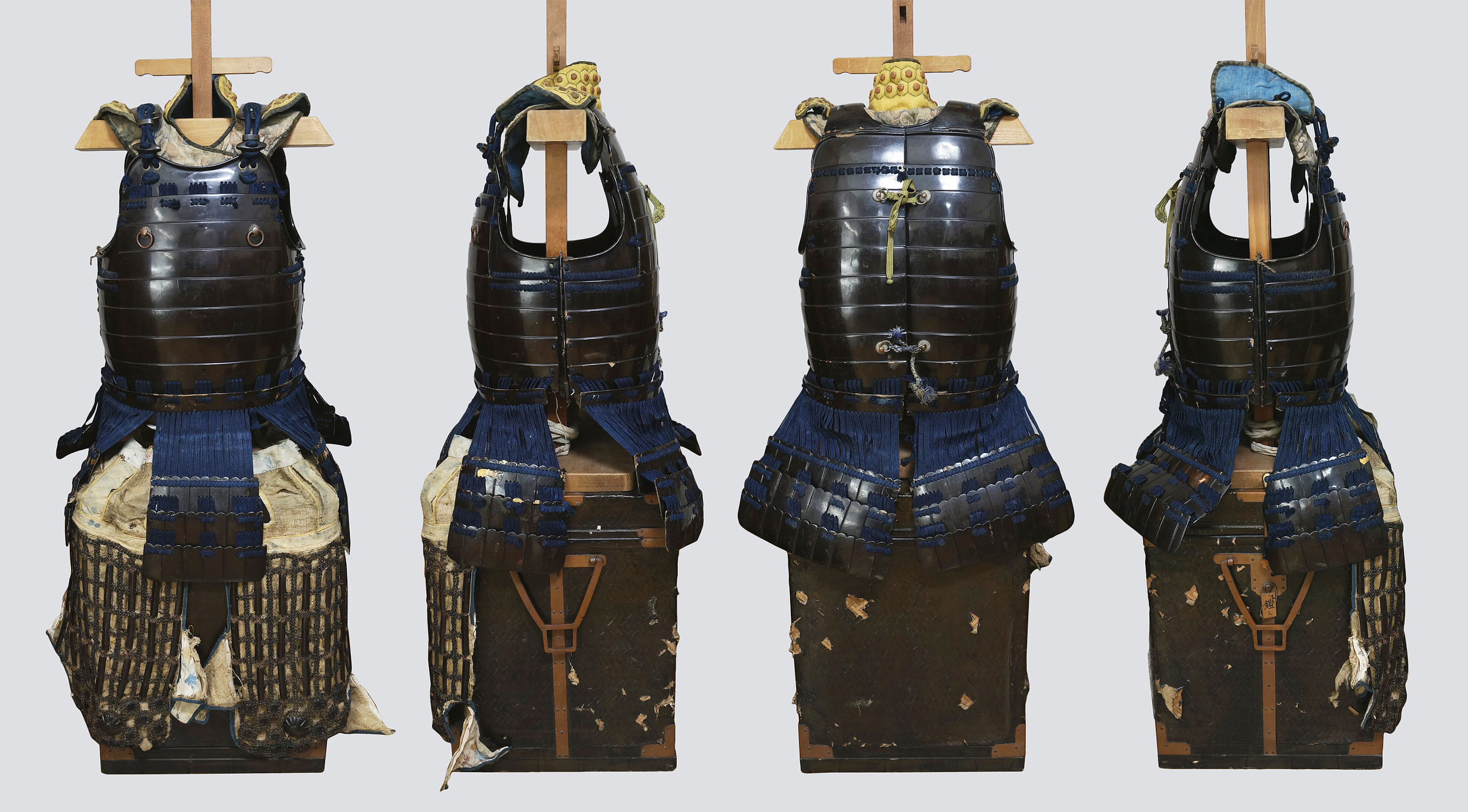 Yoroi and Kabuto (Armor) Mei (signature) : Mumei(unsigned) Jidai(era) : modern times. Special feature: The suit of armor is Gendai(modern times) and made by traditional way. The condition is perfect without Kizu and flow. Aoi-Art estimation paper. In Armor box. Price : 150,000 JPY-