Special feature : Chikuzen (No) Kami Nobuhide, known as Kurihara Nobuhide was a famous swordsmith
who a pupil of Yama-ura Kiyomaro. In spite of careful researches, Nobuhide’s career contains obscure periods.
Nobuhide was born in Echigo province, present Niigata pref. in 1815.
He changed from a mirror maker to a swordsmith in middle age. In this context,
he was also good at horimono carving on the blade. It is said that he forged sword at Osaka from 1864 to1868.
He was a swordsmith of ability. The Emperor Meiji ordered him to forge a special sword to
dedicate the Minatogawa Shrine founded in 1869. The Meiji Government ordered Nobuhide to exhibit traditional
Japanese sword a world’s fair in Vienna in 1873.
In our experiences, it is rare that his katana goes on sale.
He lived in his hometown for the rest of his days and passed away in 1880.
One theory holds that he committed suicide in a similar situation of his master Kiyomaro. 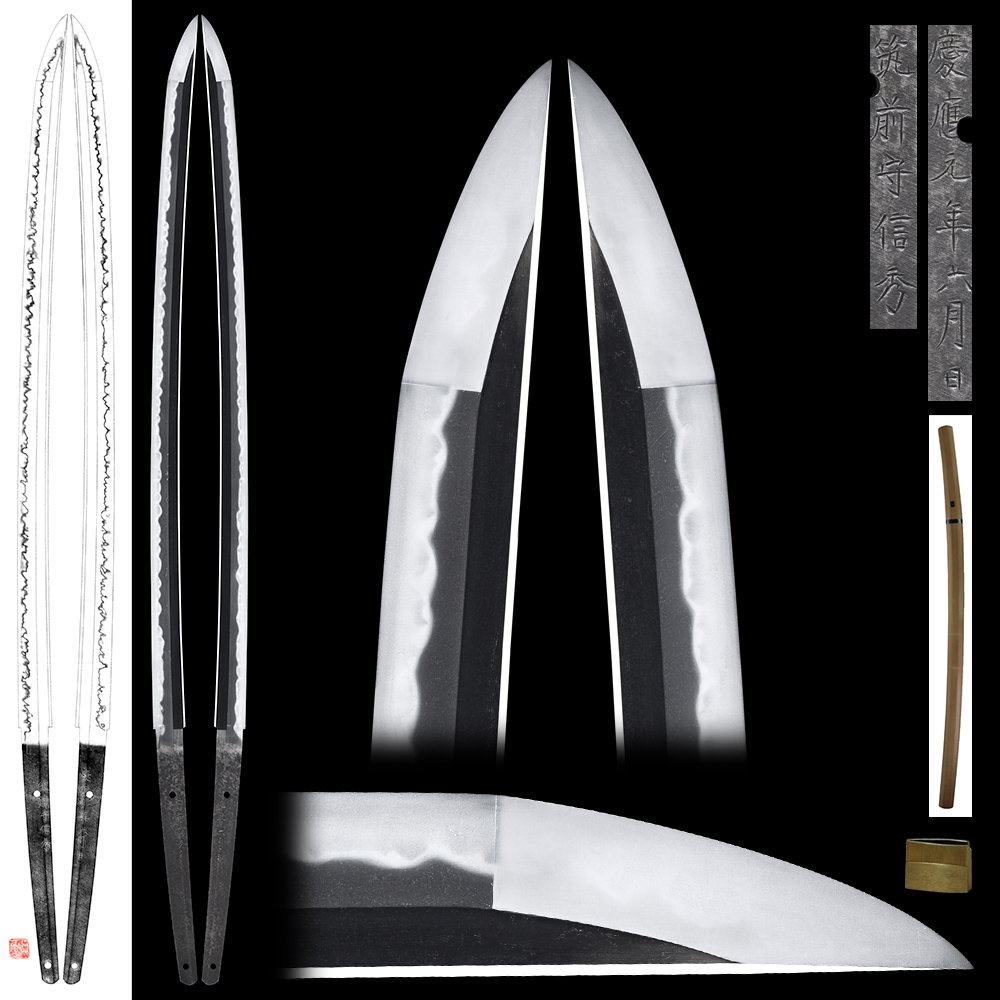 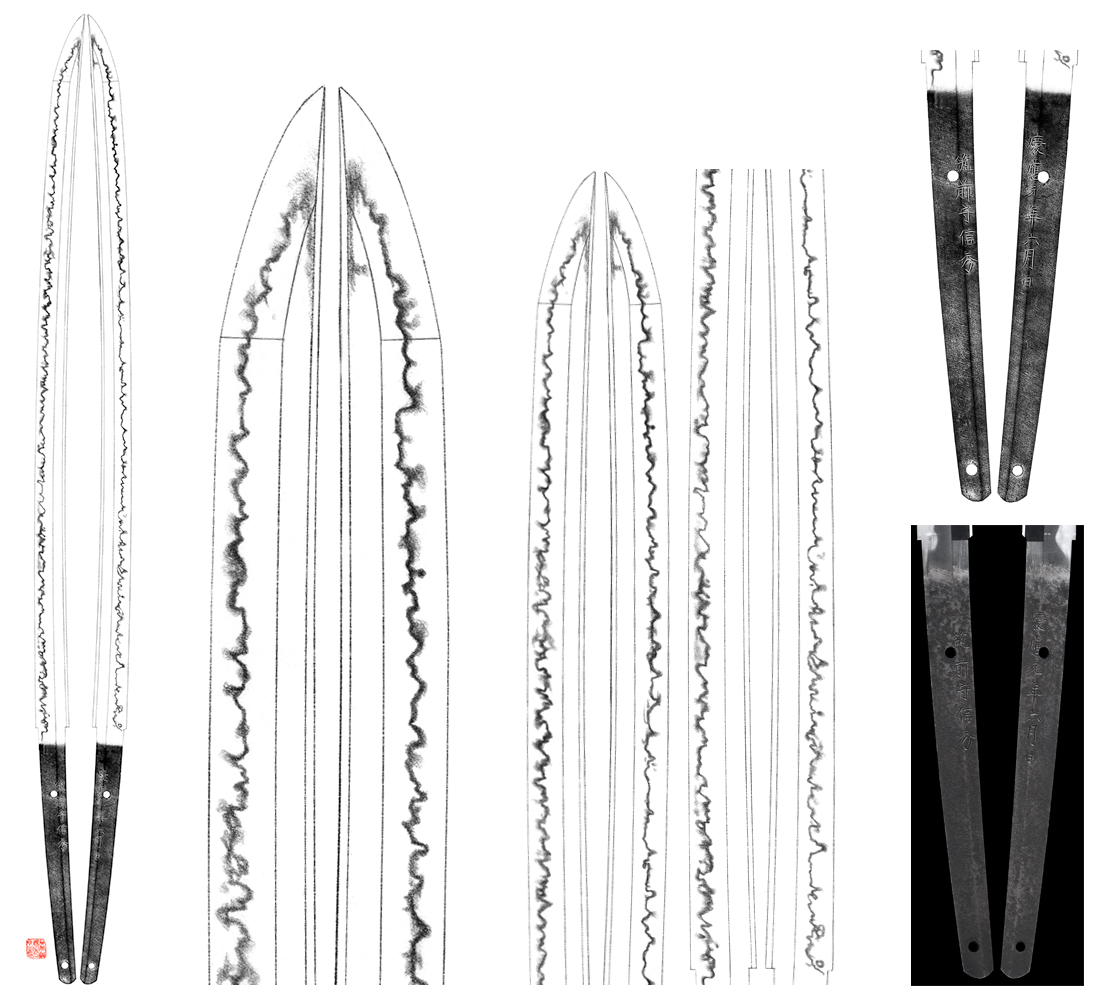