(We divide 4 sections for each sword as Saijyo saku, Jyojyo saku
Jyo saku and regular saki)This sword belongs to
ranking.

Special feature :Antetsu-to is a kind of cold-tolerant gun-to appropriate for a cold northern district in Manchuria in China. South Manchuria Railways Co. planned it in 1937. After a series of experiments, they finally succeeded in making satisfactory katana and started to mass-production at Dalian in 1938. It was a remarkable improvement at that time because usual oil-tempered gunto was easily broken in severe cold. It is said that the mantetsu-to endured in the temperature minus fourty degrees.
The texture of jitetsu shows fine nashi-ji by excellent polishing. It looks like as if it were a Tadayoshi the seventh’s sword of Hizen-to.
Only a few Mantetsu-to barely escaped as an article left by the deceased from disposing of junk in Japan and survive as if it were a witness of wartime.
This sword already have sword license and there is no problem holding in Japan or exporting overseas.
Koshirae: Army Gunto koshirae. It is nice condition.

HIstorical Background: The Japanese army officers were holding Japanese swords during wartime. However, many of those oiled tempered Showa katana would break apart when used in -30 degrees environment in Manchuria. After many experiments, they succeeded on pouring iron inside a tube to make a double structured katana and applying a suguha hamon to bare the ice cold environment.
It is rare in that most of such katanas will be confiscated if it were to have a sword license paper registration because they are oil tempered. There is only few of such Mantetsu-to left today. 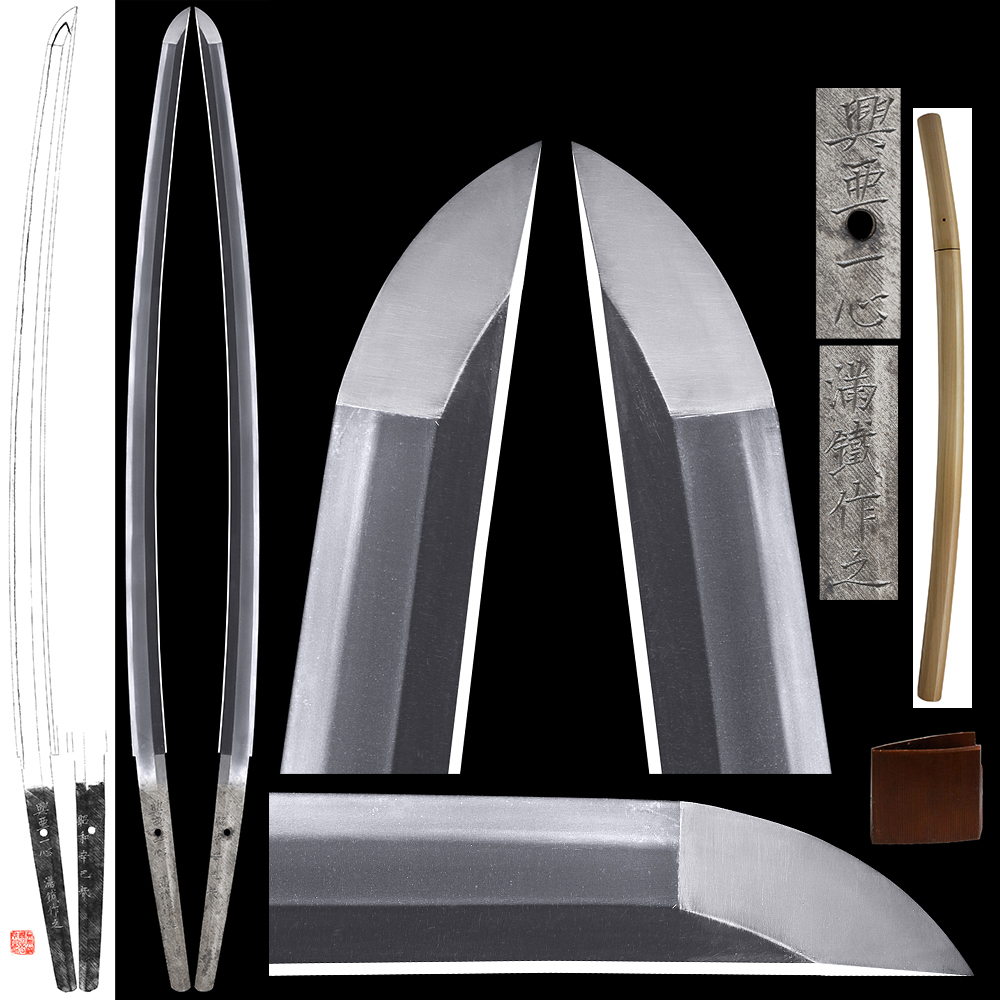