The blade was polished.
Blade length : 52.27cm or 20.59inches.
Sori : 1.2cm or 0.47inches.
Mekugi : 1
Width at the hamachi : 3.27cm or 1.29inches.
Width at the Kissaki : 2.22cm or 0.87inches.
Kasane : 0.69cm or 0.27inches.
Era : Edo period circa Kanbun
Shape : There are bohi groove engraved in both side of the hi,
Jitetsu : Koitame hada well grained with jinie attached. It is beautiful Osaka jigane.
Hamon : Konie base with deep nioiguchi. There are streaks of nijyuuba seen.
It is bright with sunagashi that looks like silver sands.

Special feature : Inoue Shinkai was active from Kanei 7th period to
Tenna 2nd period Settsu. He was active at Settsu until Tenna 2nd year.
His father was Izunomikami Kunisada. His real name is Inoue Hachirobe Yoshitsugu.
He was a famous sword smith at the time as one of the two greatest authorities
at the time along with Tsuda Echizon no kami Sukehiro.
He was called the Osaka Masamune. While there are many Sukehiro pieces
it was rare to see Shinkai pieces. It is most beloved swords of the sword lovers.
He was allowed to put the chrysanthemum crest on the swords that
he has presented to the court.
He has changed his name to Shinkai at Kanbun 12th year.
This sword was made two years ago before he has changed his name.
He exceeded his father’s works for its quality.
It is master piece of Inoue Shinkai.

Historical background: In 1660 Date Tsunamune was arrested
in Edo period for his amusement. Although it was true that he has
drunkenness and debauchery, he was encouraged to be arrested
by the vassals and kinsmen in the North. The kinsman
persuaded the Council of Elders in Edo that Tsunamune’s son Date
Tsunamura should become the Daimyo and Tsunamune should leave the post.
Since Tsunamura has become a daimyo at the age of one, Munekatsu and Muneyoshi,
Tsunamura’s uncle actually took the control of the shogunate.
There was a long conflict after of this family trouble. 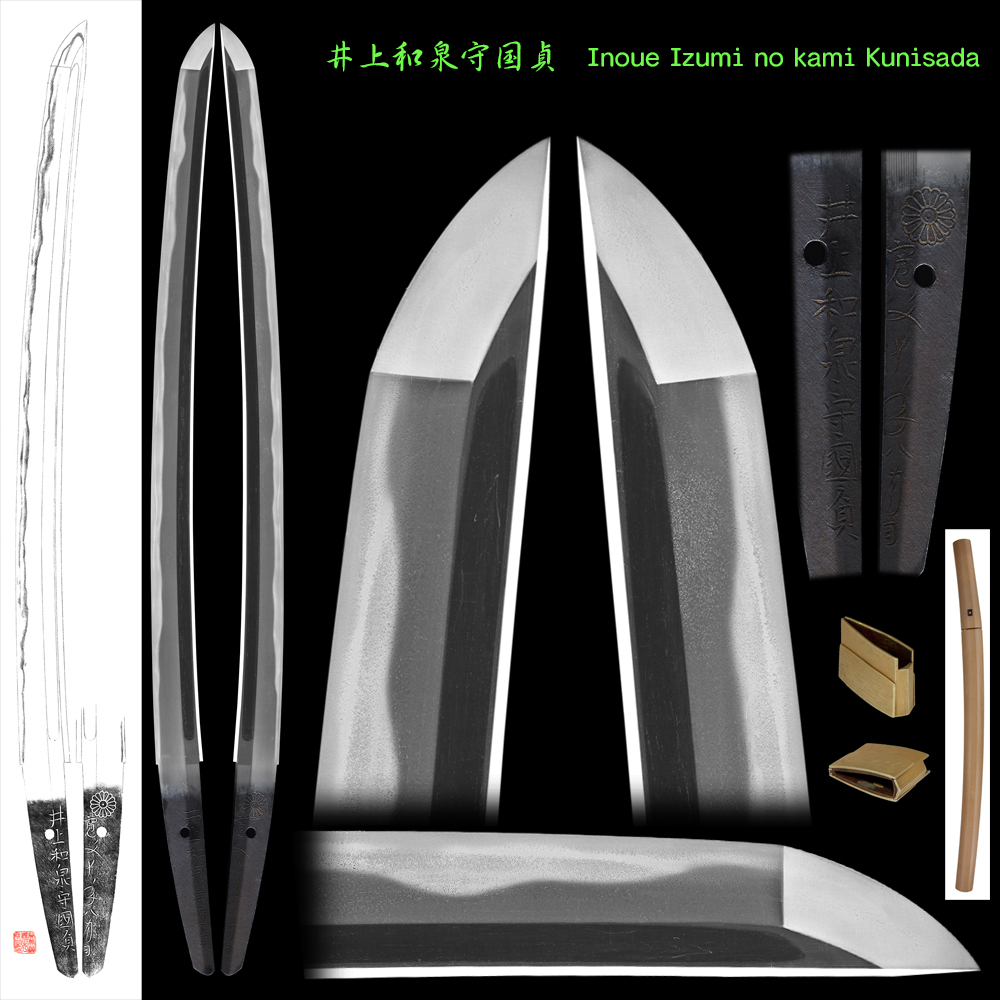 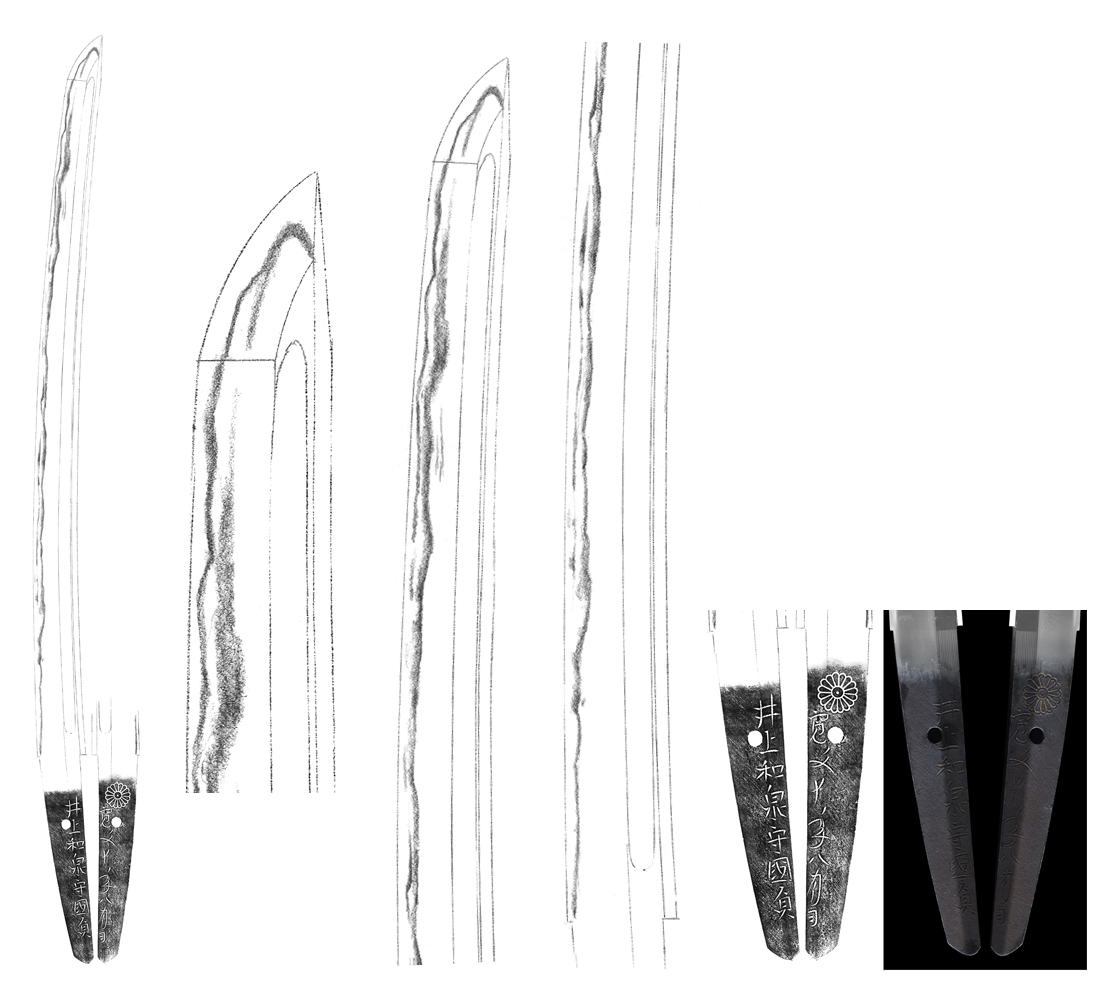