Special feature : Tadahiro is a son of Hizen Yoshiie family and has been called Hashimoto Rokurozaemon.
He has received the post of Harima Daijyo at year 1634 and later on become Harima Daijyo.
He was a chauffeur smith of Nabeshima family so he had no trouble with gaining materials of the sword.
It is said that there were two or three generations Tadakunis in Hizen province. The first
Tadakuni was born in 1598 as the second son of Hirosada (Yoshiie) who was a pupil of Tadayoshi the First.
Tadakuni became Harima Daijo in 1634, served the domain of Ogi in Hizen province and passed away in 1691.
The second Tadakuni was a son of the First who inscribed the signature Harukuni
and succeeded the swordsmith name Tadakuni after the retirement of his father.
The second became Kazusa Daijo in 1655 and turned to Harima (No) Kami in the Tenna era (1681 to 1684).
Both of them are ranked as Waza-mono. Respected the head family the first Tadayoshi
and the second Tadahiro and supported them thoroughly, Tadakunis left few of own work
This sword is long(79,4cm) and wonderful active hamon which remind us summer clouds.
In Hamon, there are many sunagashi, kinsuji and also inazuma.
We strongly recommend this wonderful sword for you.

Historical background : At Kanei 14th year（1637） The Shimahara Rebellion or Amakusa Riot has occured
from Kanei 14th year October 25th to Kanei 15th year February 28th.
The Hyakusho peasants were exploited and has taken high land tax
while Christians was persecuted and starvation falls on top.
Those dissatisfaction has been focused on the Shimahara domain and Karatsu domain. 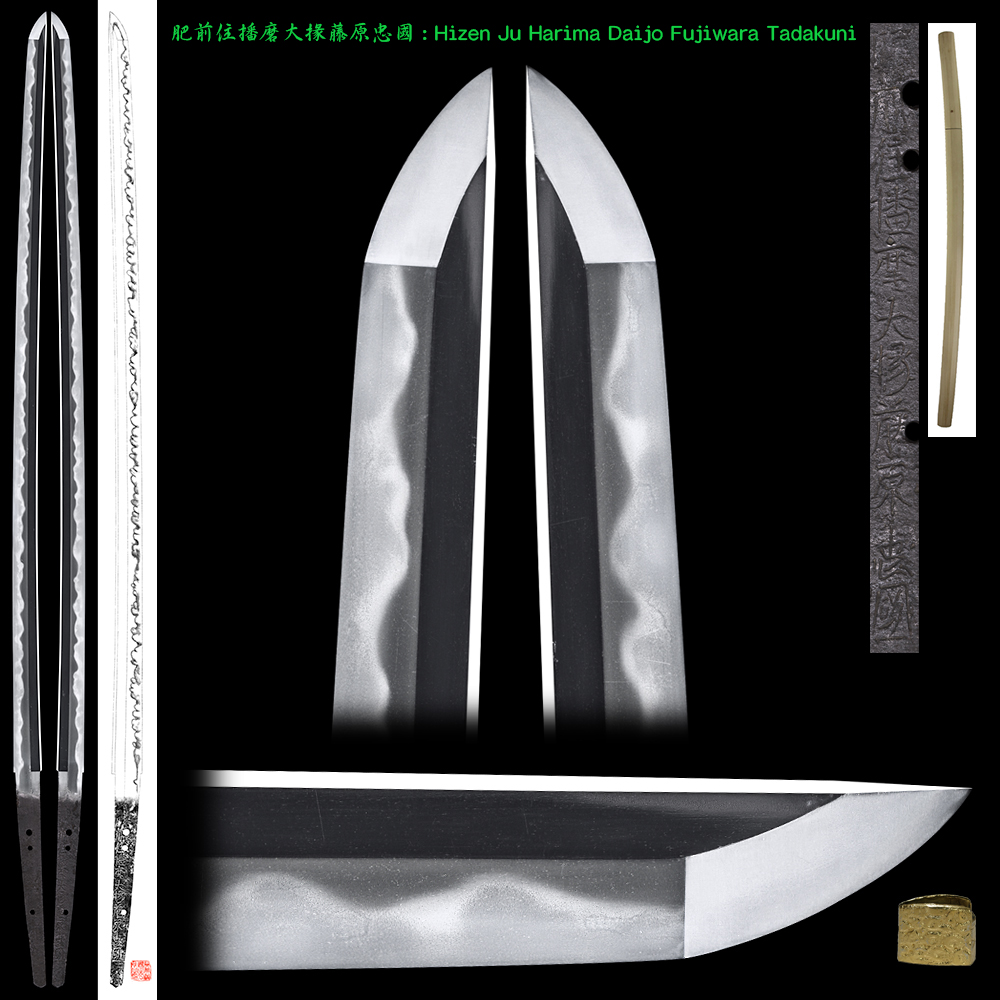 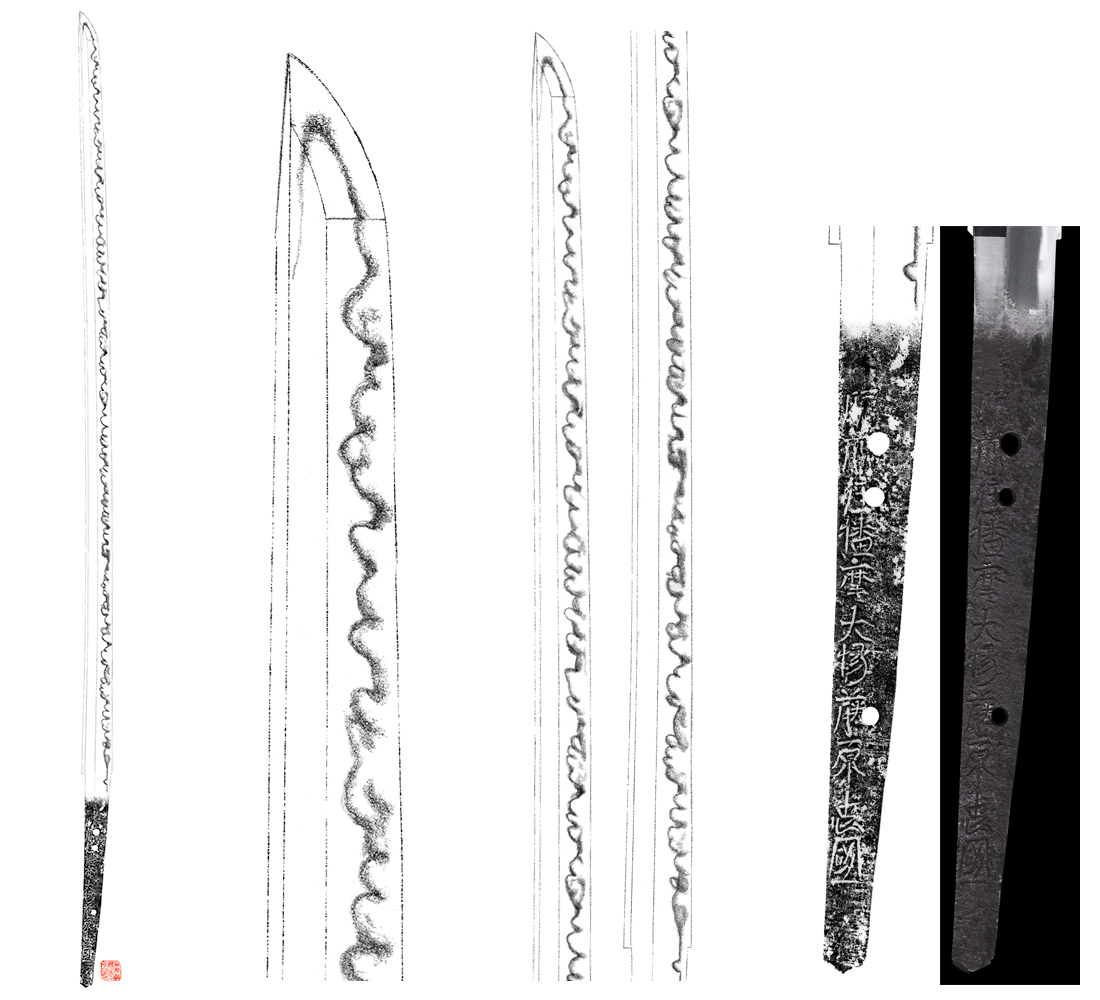