The blade was polished
Habaki : Gold Single Foiled Habaki
Blade length : 74 cm or 29.13 inches.
Sori : 1.2 cm or 0.47 inches.
Mekugi : 1
Width at the hamachi : 2.88 cm or 1.13 inches.
Width at the Kissaki : 2.23 cm or 0.87 inches.
Kasane : 0.83 cm or 0.32 inches.
Era : Early Muromachi period
Shape : O-suriage mumei with regular width and thickness. It is long kissaki nice shape katana.
Jitetsu : Koitame hada well grained iwth soft jigane. Thre are some flaw of masa with shirake utsuri appearing faintly.
Hamon : NIe deki suguha with mixture of Nijyuba. There are some uchimoke seen.
Koashi is attached. Boshi is round and the tip is hakikake style and turned down nicely.

Special feature : Mihara school had been prospered from late Kamakura to late Muromachi period in Bingo province present Hiroshima prefecture.
The representative swordsmiths were Masaie and Masahiro.
It is said that masachika was a younger brother of Masahiro.
Rising above the times, Mihara school had been influenced by Yamato School.
There had been many shoen; manors in medieval Japan in Bingo province ruled by the shrines and temples of Yamato province.
As the features of Mihara school, elegant suguha-hamon with slight midare-ba and smooth Itame-hada.
It is said that the War of Onin occered in1467 proved the sharpness of the sword of Mihara School and rose in popularity.
This sword is oosuriage mumei(cut shortened) elegant suguha with double hamon and also Uchinoke style.
The blade was made early Muromachi period. 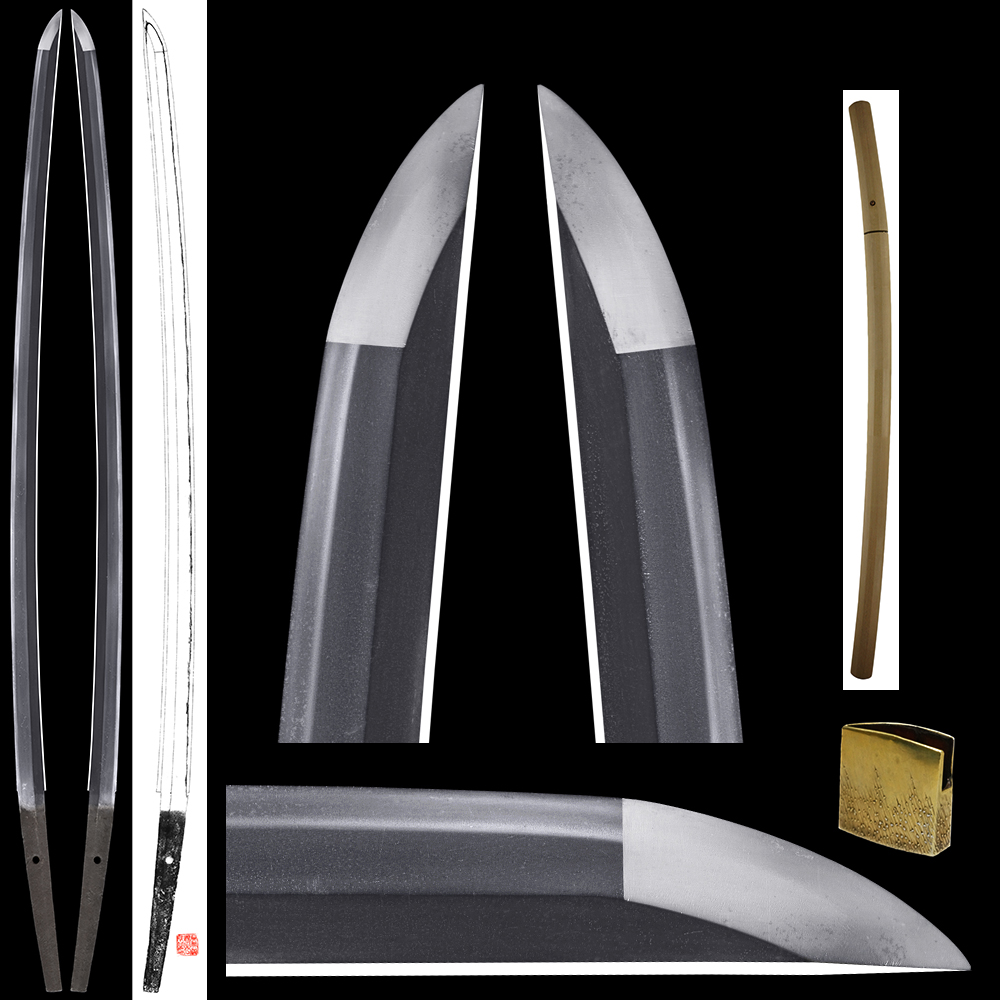 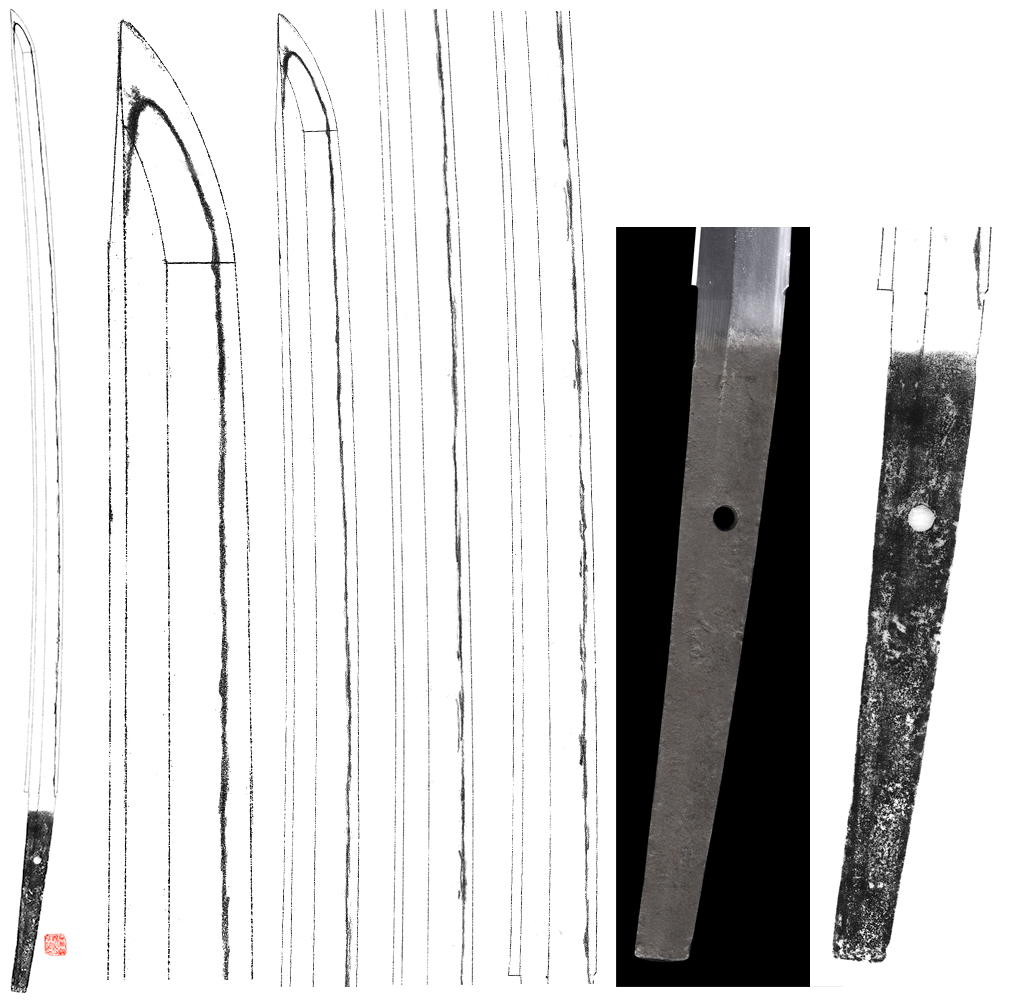