Special feature : Sekudou Teruhide is the 10th generation
of the smith family of 400 years history. During the war time,
he mixed western iron imitating Hayama Enshin's way of making.
Now, he has received the name of !0th generation Sekidou
Terhide Kikuchi Kiyokazu. He was born in Meiji 33rd（1900） year
and passed away in Showa 57th（1982） year.
After war he has put much of his effort on making
plane. The plane could cost more than 1,000,0000 jpy.
It is sharp katana without any kizu or rusts. Well polished blade. 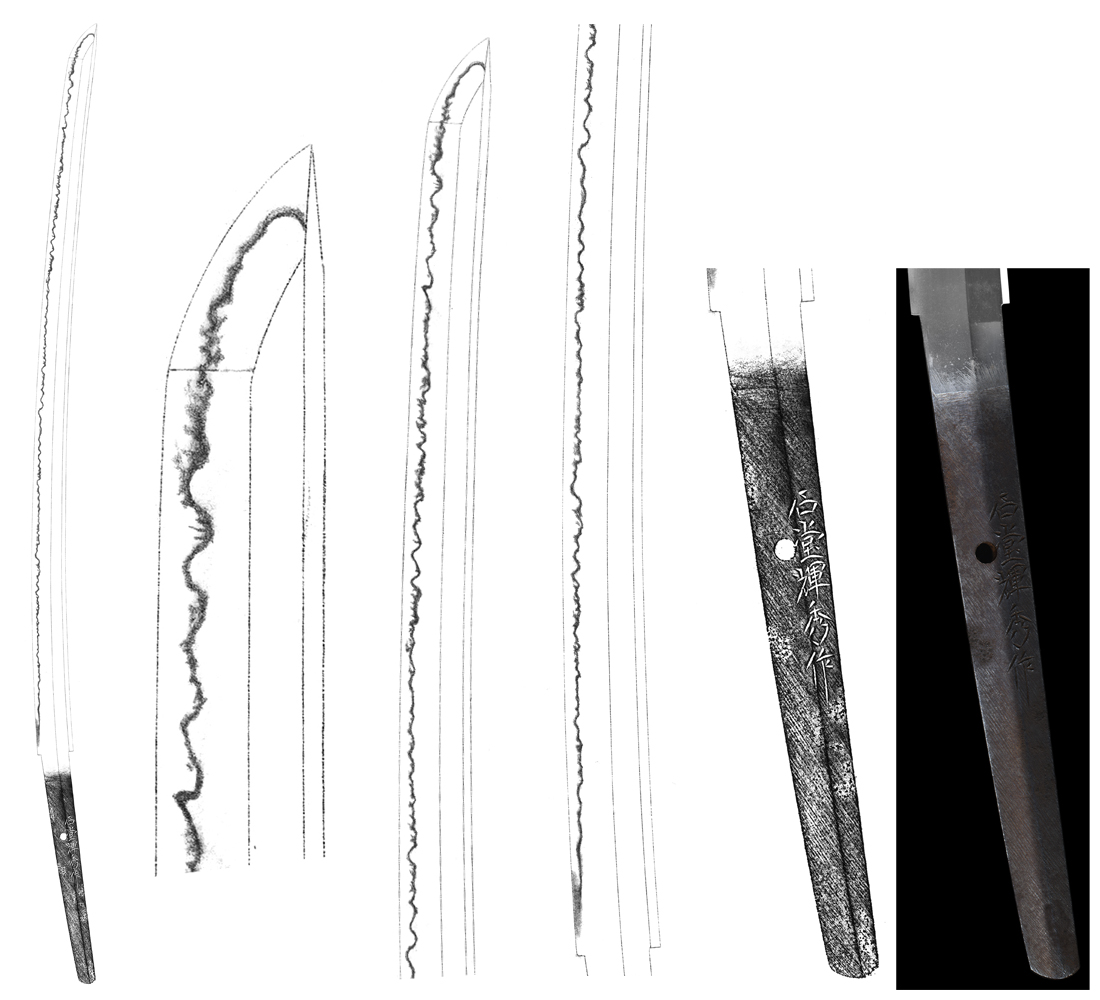 Ordering number : 14822 Katana in Koshirae. Signature : Mumei (Shinshin To) (We divide 4 sections for each sword as Saijyo saku, Jyojyo saku Jyo saku and regular saku) The blade was polished Blade length : 67.6 cm or 26.61 ...