Special feature : On shakudo nanakoji plate, a sword with Dokko is engraved and inlayed with kurikara design.
Teijo was known as the 9th of the head Goto family who was a legitimate child of Kenjho. Teijyo was born in 1603 at Kyoto. His father Kenjho was the 7th of the head Goto family. Teijo himself succeeded the Goto-Rihei family in 1625. He also used another name Mitsumasa. He started to use the name Teijho in 1646 when he was 44 years old. Teijo worked as a retained metalsmith of the Maeda family, the domain of Kaga, present Kanazawa pref. He exerted himself not only making tosogu but also cultivating the pupils later called the Kaga-goto school.
It is fine shakudo nanakoji plate and the dragon and ken is engraved in fine style. It is a masterpiece. 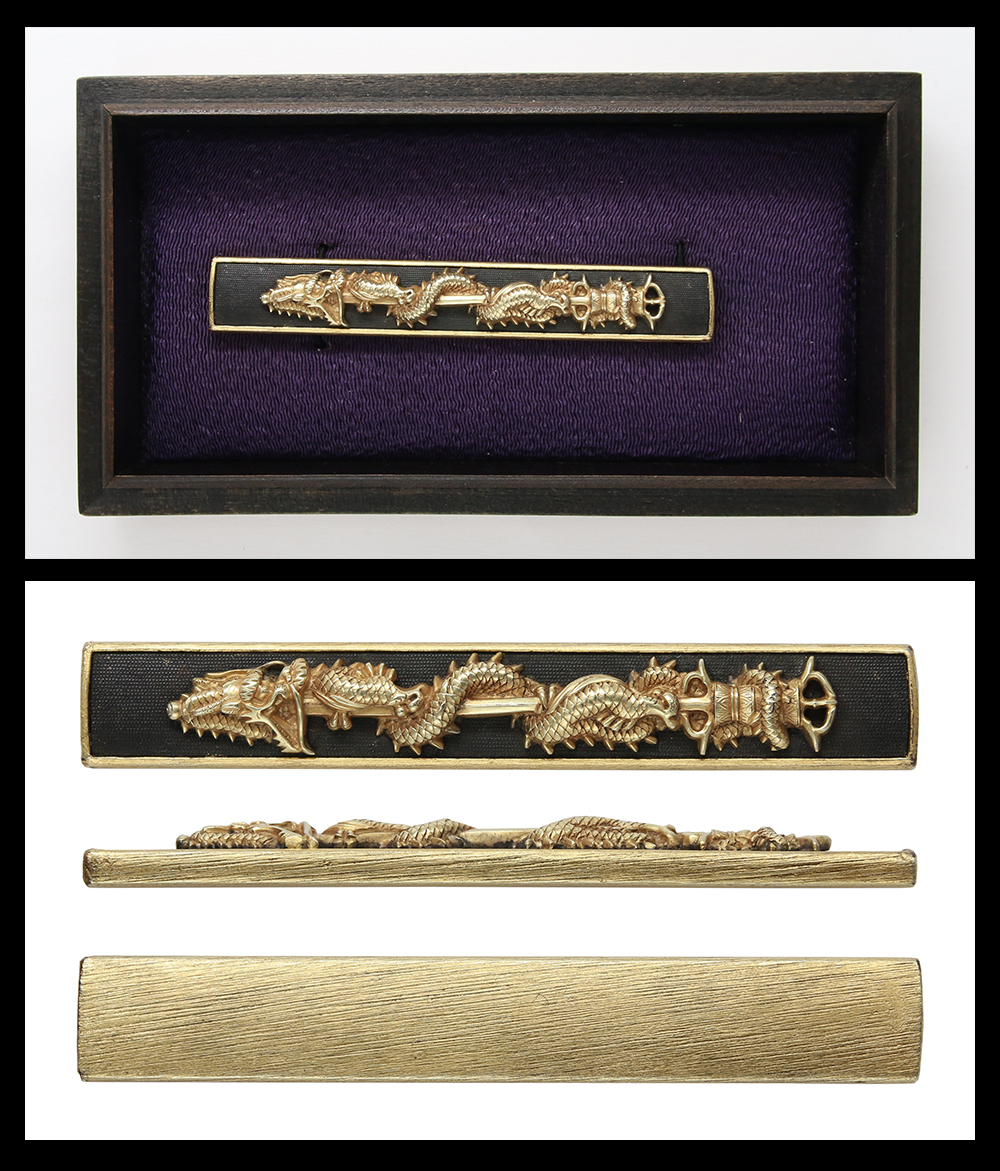