Special feature:Shakudo plate with orange and branch design engraved and inlaid with gold.
Goto Kenjo was born as the Third son of the fifth of Goto head family Goto Tokujo in 1586. Kenjo succeeded the head family as the seventh at the age of 32 after a series of misfortunes in the family. He transferred the headship of the family to his brother’s eldest son Mitsushige in 1628. After that Kenjo and his cousin Kakujo went to Kaga to serve the Maeda family in alternate years during Kan-ei era. They consolidated the foundations of Kaga-kinko. Kenjo established a branch family, the Rihei family and changed the name Masatsugu. He passed away in 1663, aged 78. 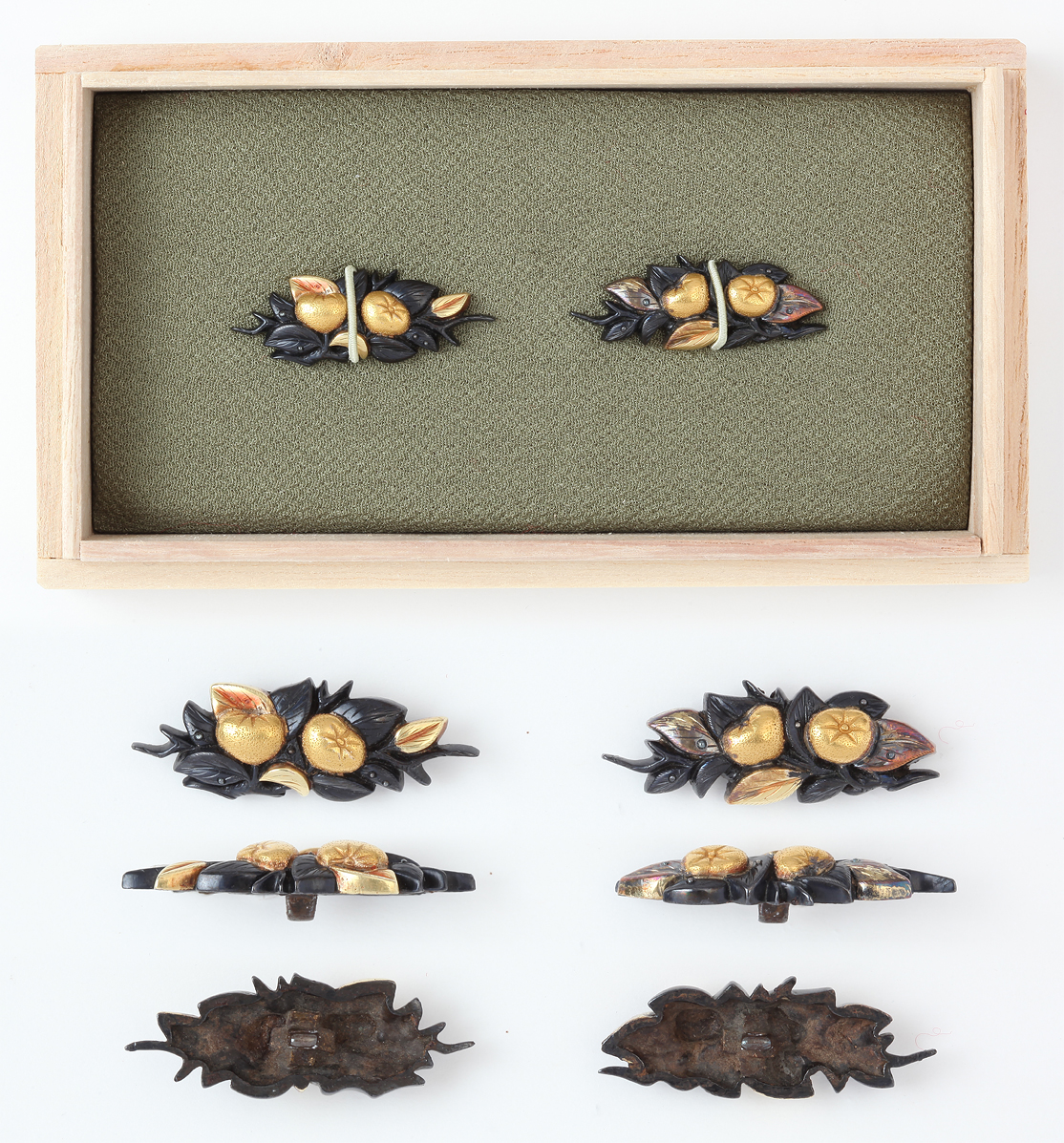