Special feature: Shakudo plate with Gion Tadamori design engraved and inlaid with gold. It is a motif that is the origin of GIon festival.
On a rainy night, Shirakawain was heading to the place where his partner Gion Nyogo was waiting. During the journey, he found a devil like creature. Shirakawain soon ordered Taira Bushi Tadamori to kill the devil. Tadamori did not kill soon but instead hold down that and found out it was an old prist.
Shirakawa In was very impressed by him being able to keep its calmness. Shirakawa is very impressed by his actions and eventually allow him to take his wife and raise his son.
This work has fine shakudo plate with gold, silver and copper inlay. 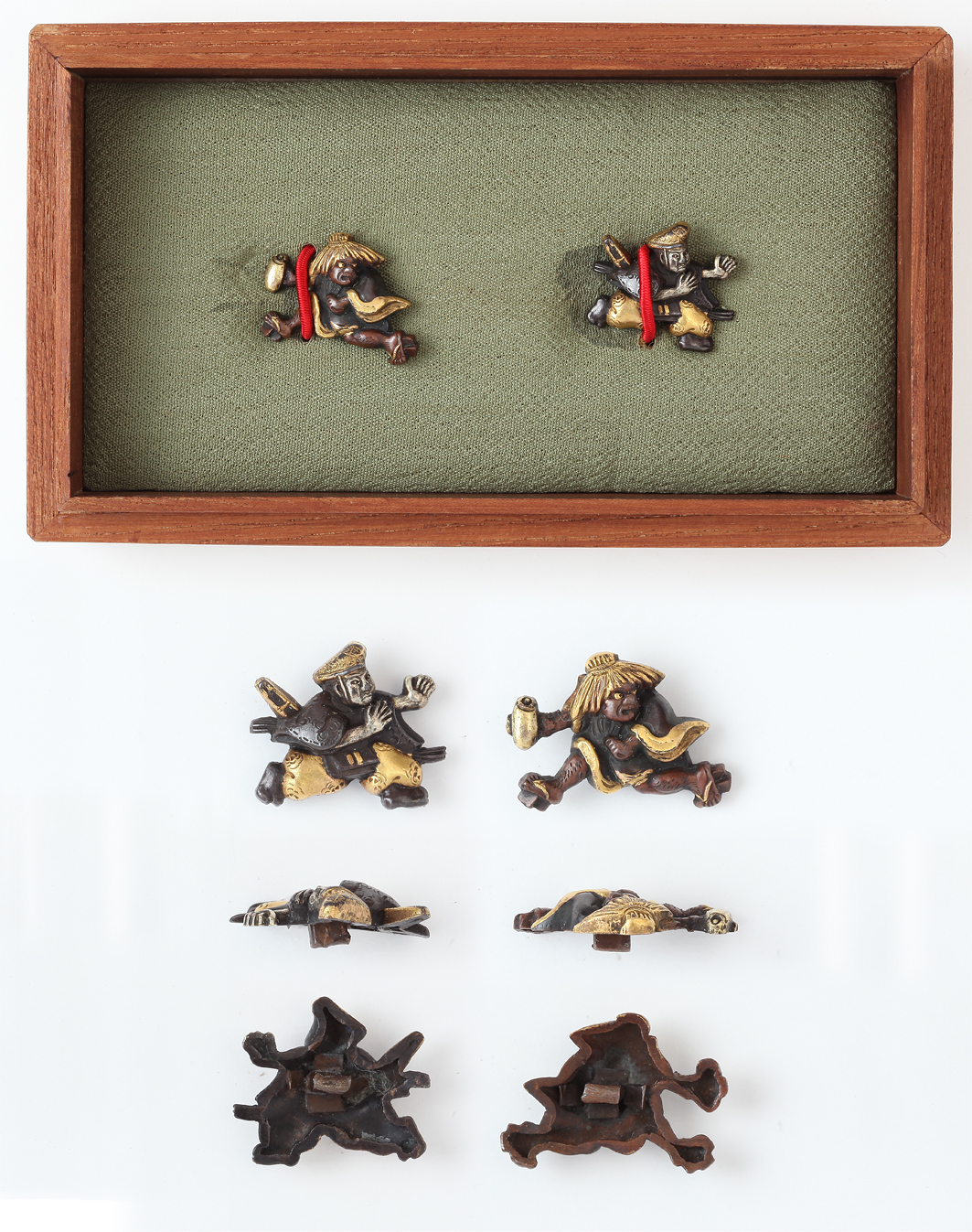