Special feature : This Tessen was made by Gassan Sadakazu.
Gassan school started from Gassan Sadakazu and then succeeded to Gassan Sadakatsu
3rd son of the Gassan Sadakatu succeeded his school Gassan Sadakazu who was called Gassan Noboru.
First generation Gassan Sadakazu was passed away Taisyo 7th (1918) and Gassan Sadakatsu 2nd generation passed away Syowa 18th (1943).
He was born at Meiji 40th year and studied from his great master Sadakazu and his hather Sadakatsu.
3rd generation Sadakazu studied from his father and grand father for making swords Soushu den, Bizen den, Yamato den, Seki den and also Ayasugi hada old gassan school.
During war time, he helped his father and after the war, he started to make sword from Syowa 24th(1949) again and made swords for temples and shrines also royal family’s demand.
Showa 42(1967) He got the prize of the Masamune ays and continued 3 times top ranking prizes.
This Tessen was made by Gassan at his later years. The deep color of the iron is excellent as well. 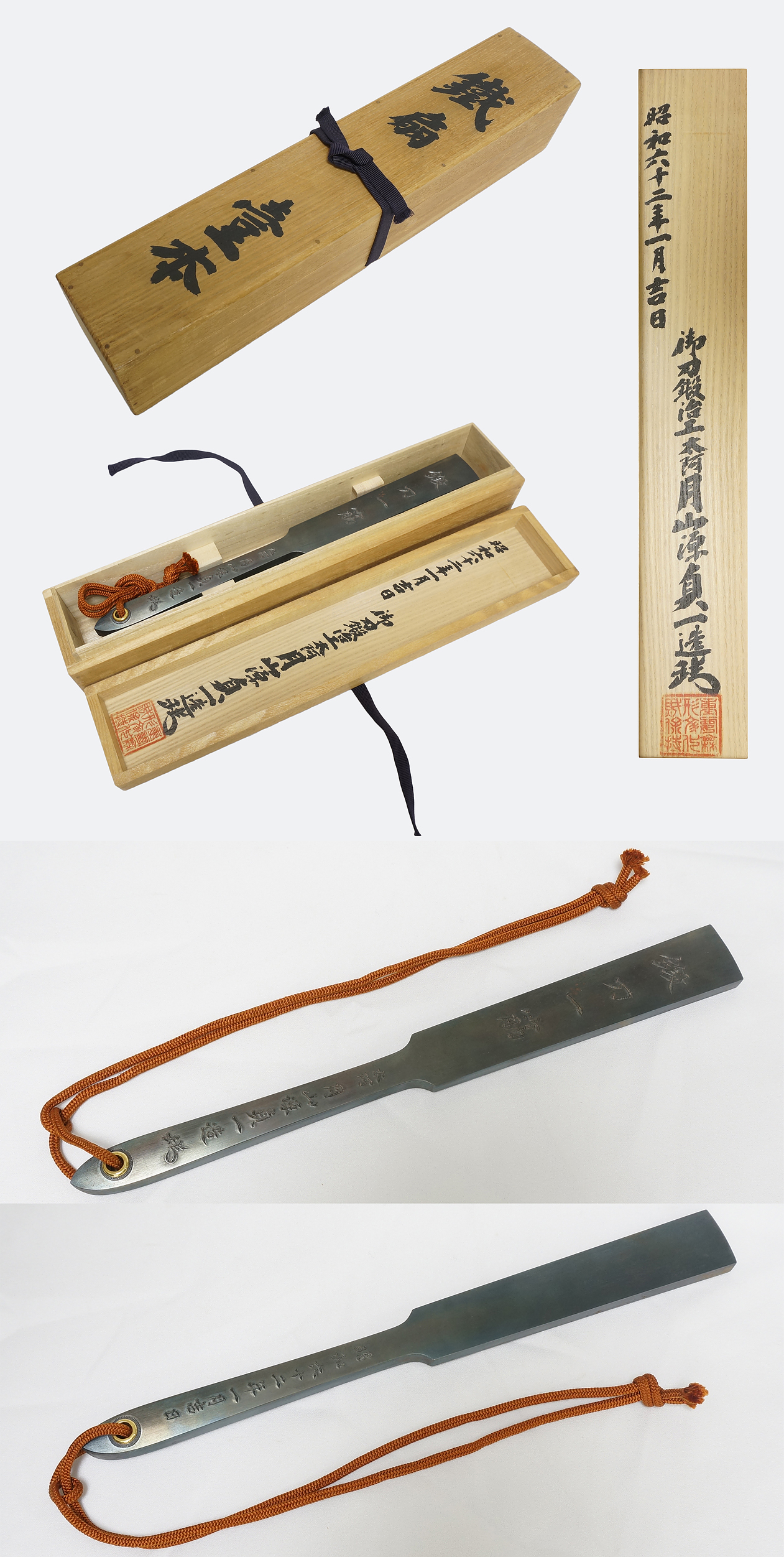