Special feature : Yukihoro was younger brother of the first generation masahiro.
At Syoho 5th, he got the title Daijyo and then At Kanbun 3rd, he got the title Dewa Kami.
He usually engrave ichi on the top of the Nakago over the signature
because He learned the sword making from Ishido school.
He tried to make Ichimonji sword for a long period but his brother succeeded
his characteristic appearance of the exciting temper line like summer clouds in the sky.
So probably he decided to make like his hamon.
But the Hamon slightly different each other. Masahiro makes very active
his own vivid Hamon but Masahiro made rather mild temper line.
Ne learned western steels which is called Holland steels at Nagasaki prefecture.
Just only one place in Japan was opened for foreign country to import and export goods.
He created masterpiece of swords like this sword. 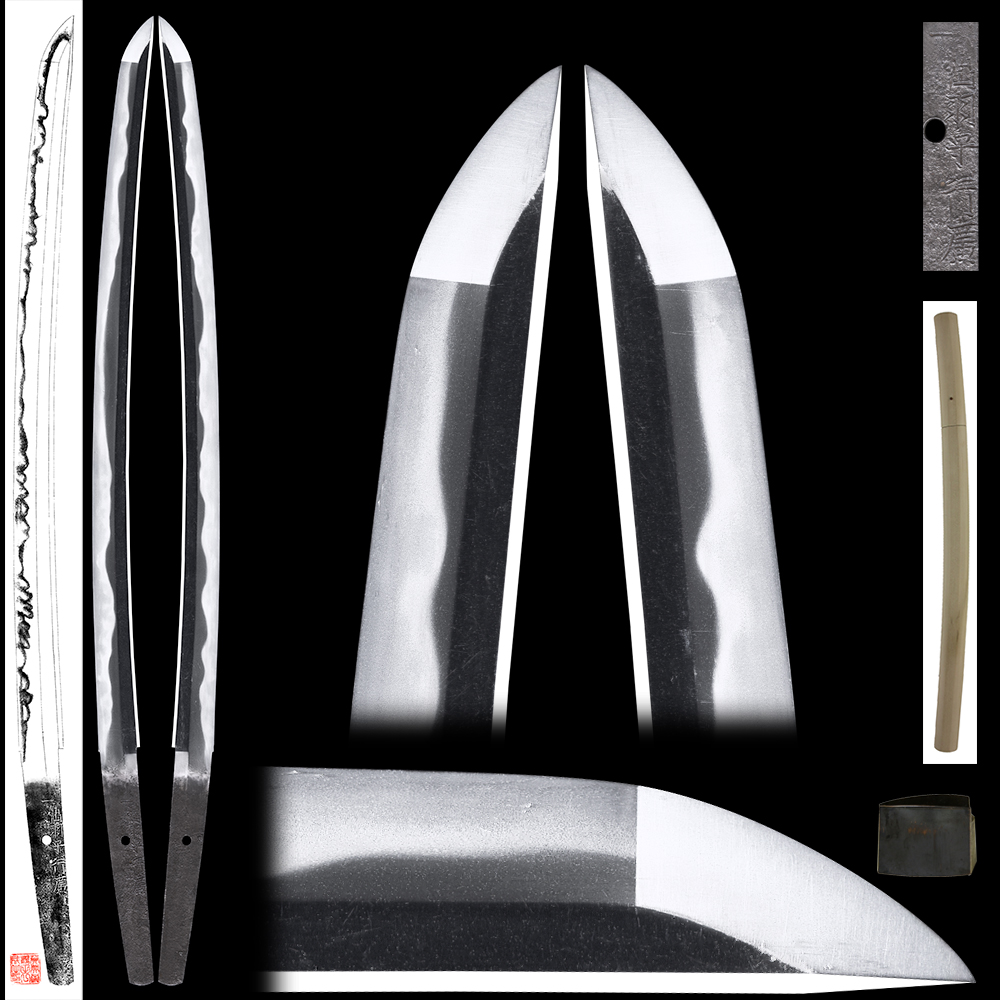 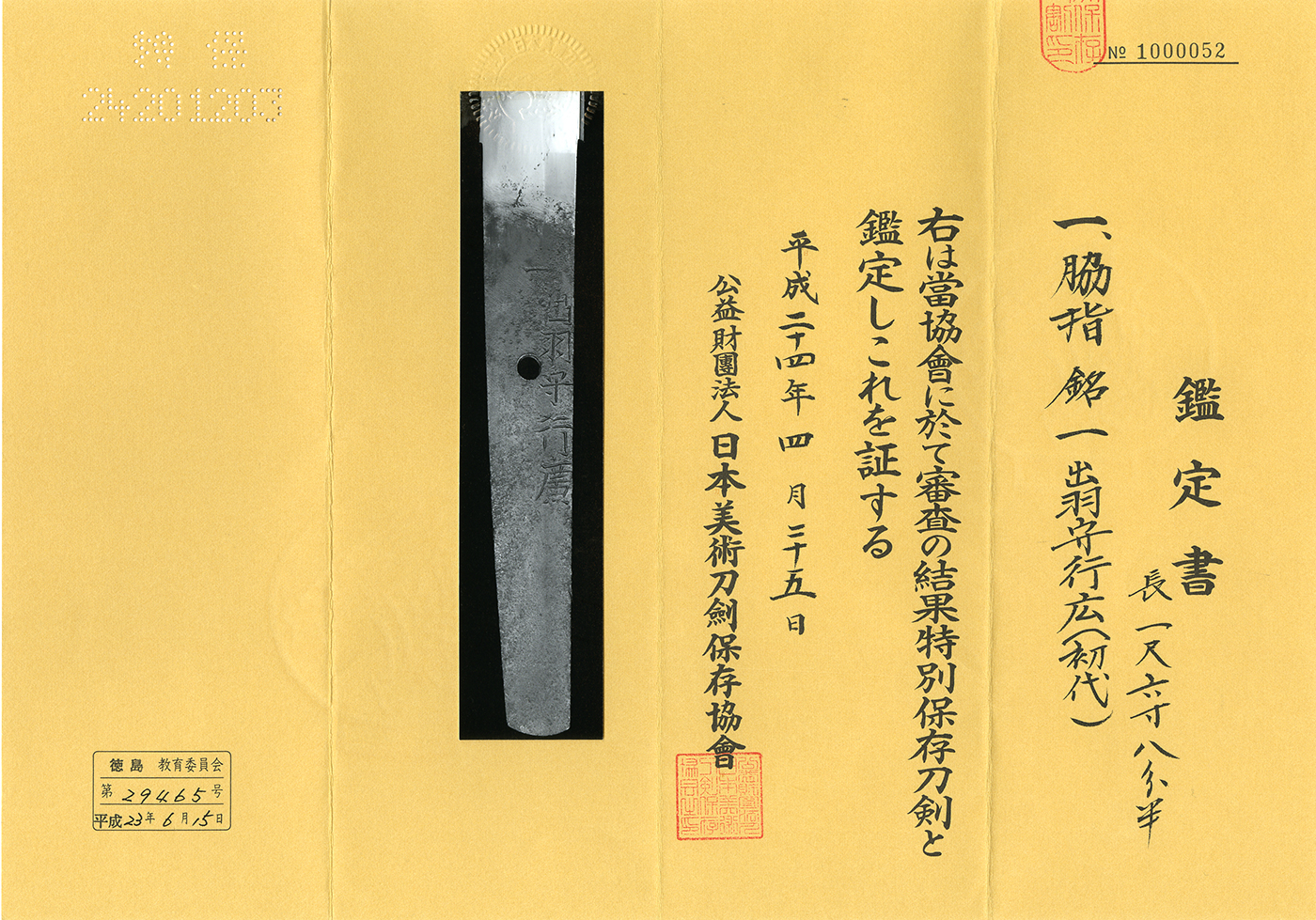