(We divide 4 sections for each sword as Saijyo saku, Jyojyo saku
Jyo saku and regular saki)This sword belongs to Jyo saku ranking.
The blade is polished in high quality
Habaki :Silver single habaki.
Blade length :  48.8cm or 19.21inches.
Sori : 1.2cm or 0.47inches.
Mekugi :  1
Width at the hamachi :2.88cm or 1.13inches.
Width at the Kissaki : 2.16 cm or 0.85 inches.
Kasane : 0.61cm or 0.24inches.
Era : Late Edo period.
Shape: It is wide and thick wakizashi.
There is much sori Kissaki is long end. It is nice shape wakizashi.
Jitetsu: Itame hada well grained with jinie attached. It is fine masame.
Hamon: Nie deki suguha with double ha. Mie ba with sunagashi appearing.
Boshi is hakikake and kinsuji is appearing.

Special feature : Tokkatsu was studying under Mito Tokumune’s student
and has learned masame work. Later on he has moved to Edo and learned
from Hosokawa Masayoshi and Koyama Munetsugu.
However, he has moved back to Mito and has focused on making Masame deki work.
During the late Edo period, Gassan Sadakazu has made Yamato den work however,
at the same period Sendai Kunikane and other Mito sword smith has made similar Masame work.
The signature is well engraved on the tang however, the signature is much questionable. 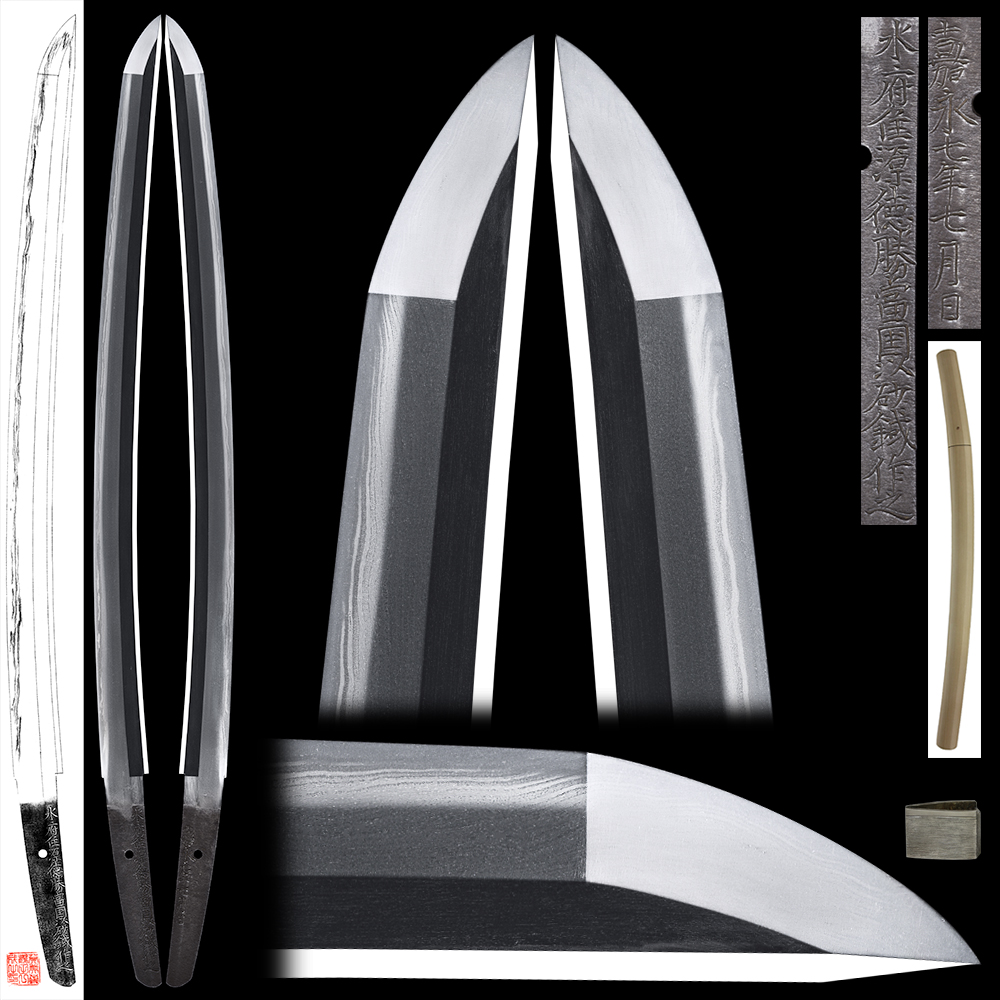