The blade was polished.
Height: 150 cm or 59.1inches.
Era: Modern Kacchushi
Shape : This Yoroi and Kabuto was made for the Boy’s festival in May.

Special feature : Heian Jyu Issui is a famous doll maker.
Althogh the time has passed, the Issui’s armors are there to wish the health and success of children.
The armors would watch over the kids until they grow up and will then be passed down to the descendants.
At Showa 14th year, Issui was born as the first son of Imamura Zenjiro.
He then started to built up his skill of armor making while succeeding to the family business.
While he was protecting the traditional skills, he has also worked hard on developing his skill and quality.
He was then chosen as an official traditional craftman from MInister of Economy, Trade and Industry.
In Heisei 13th years, he has received the name of third generation Heian Jyu Issui for inheritting the skill and pride of Kacchushi.
At the same year, he has won the prize from Japanese Doll Association as a recoginition of his service in the sword industry.
Until today, he has received high reputation for the pieces he put in the exhibition such as the national convention of traditional arts.
Alike Takehisa and Awataguchi, he is one of the representing doll makers of Kyoto.
This piece’s condition is no different from the time this was made.
The Yoroi-Bitsu box is also in excellent condition.
We recommend the piece for your children for May 5th Children day decoration.
It is impossible to purchase such piece in this price. 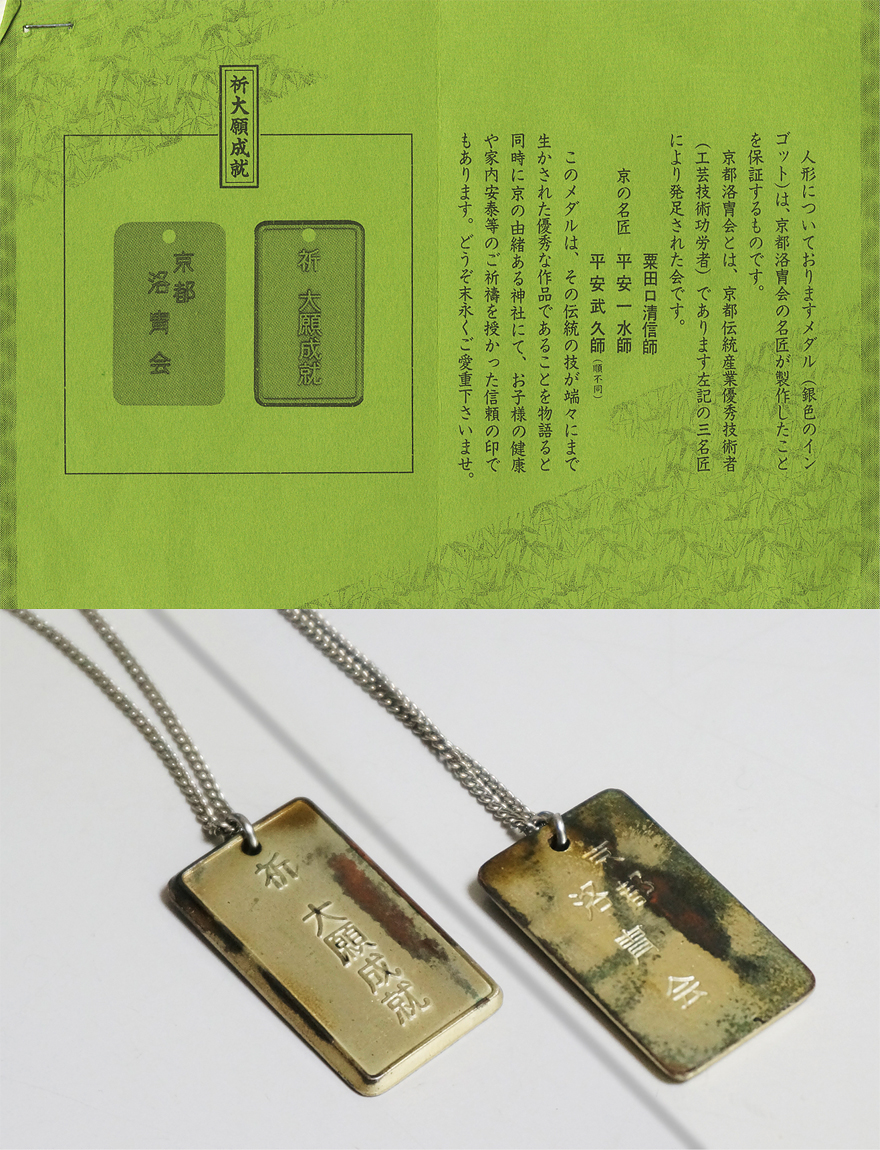 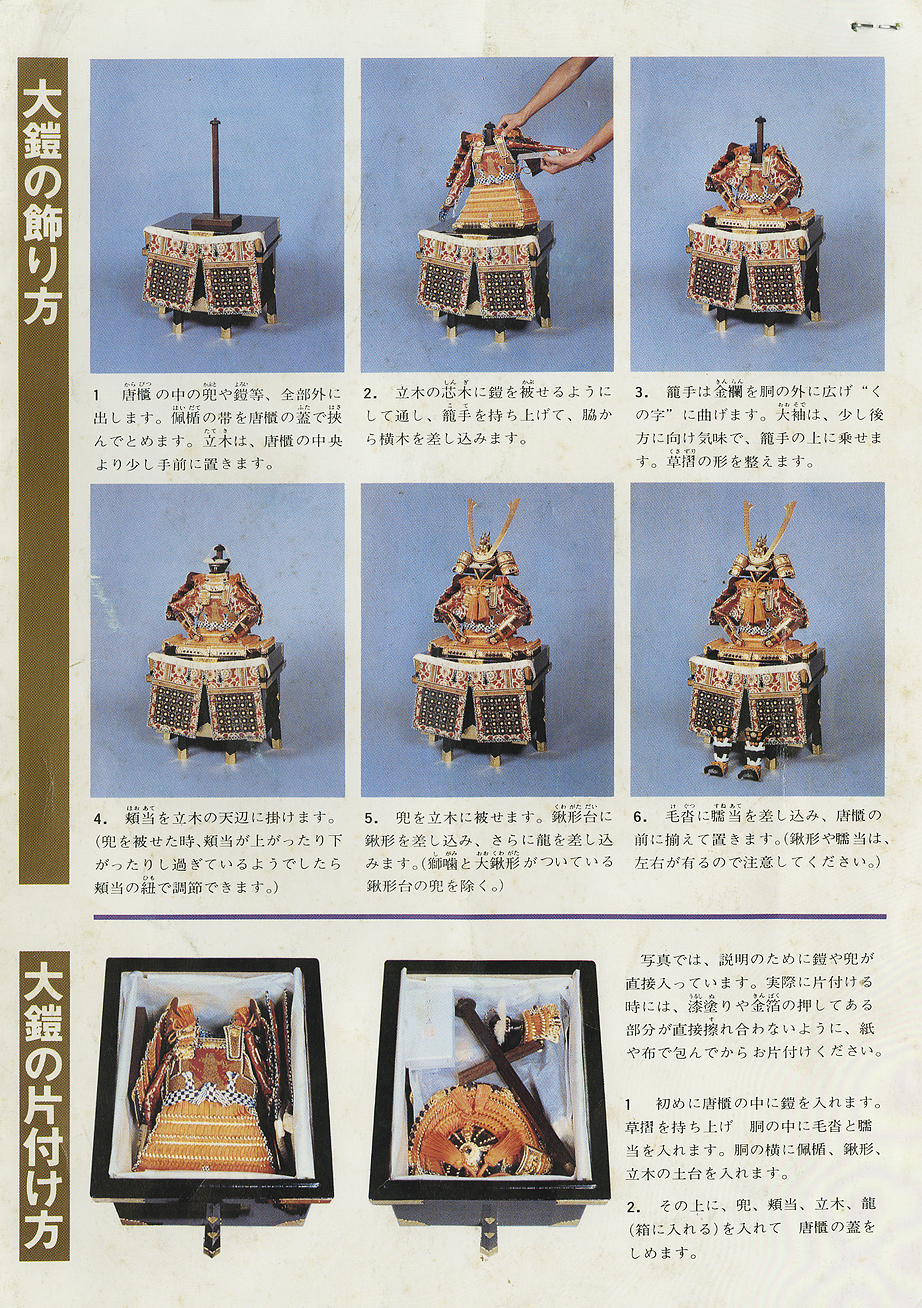 Ninjya goods : Hatsuburi, Happuri or Hanbo Jidai : Middle to late Edo period Description : One of the armors to protect the face. Made by iron, covering both cheeks from the forehead. The condition is good. This is quite rare item. Aoi estimation paper. Price : 45,000 JPY-

Ordering number : F15172 Yoroi and Kabuto (Armor) Mei (signature) : Mumei (unsigne) Jidai(era) : Early Edo to middle Edo period. Special feature: This suit of armor is very good condition and nice work. Probably This suit of armor was holder by Daimyo or high ranking samurai. This item was told as a treasure in…

Ordering number : F141123 Yoroi and Kabuto (Armor) Mei (signature) : Mitsunobu Jidai(era) : modern times. Special feature : The suit of armor was made by as same as Edo period Yoroi. The condition is good. Aoi-Art estimation paper. In Armor box. Price :250,000 JPY- (including100% insurance fee) *Please note : The price does not…

Menpo Mei (signature) : Mumei Jidai(era) : Edo period Special feature : This Menpo is very nice condition and nice shape and back is red color Urushinuri. This Menpo is produced well also wrinkle, Suga is iron Kozane 3 Dan, and they are connection with leather. The Mimi of this Menpo is Kawari-Mimi. Aoi-Art estimation…