Special feature : During the muromachi period, many sword smith
flourished due to the protection of Akamatsu,
a shugo daimyo(provincial military governor) of Harima, Mimasaka,
Bizen province. Supplying the demand of the Age of Provincial Wars
in Japan, a large number of swords were made there in the late Muromachi period.
Sukesada has become a synonym for the Osafune School though the
founder was Mitsutada.
It is regrettable that a deluge devastated the
School in Osafune districts in Tensho era. Such is the way of the world
that even the Osafune School,
that prosperity and power had been unparalleled.
On horseback battle in suit of armor in the Namboku-cho period changed to
infantry battle in the Muromachi period. According to requirement,
blade length also changed from magnificent tachi to Uchi-gatana
convenient for nimble unsheathing to fight against enemy. 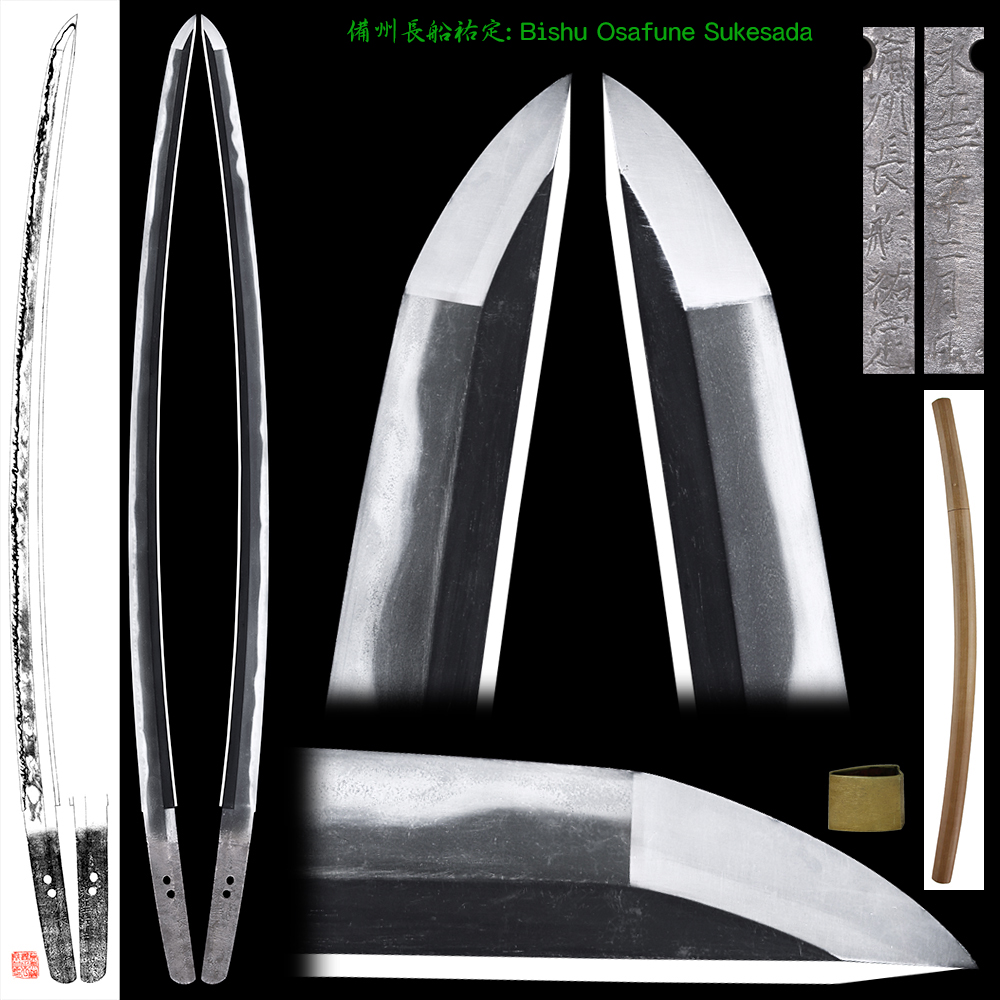 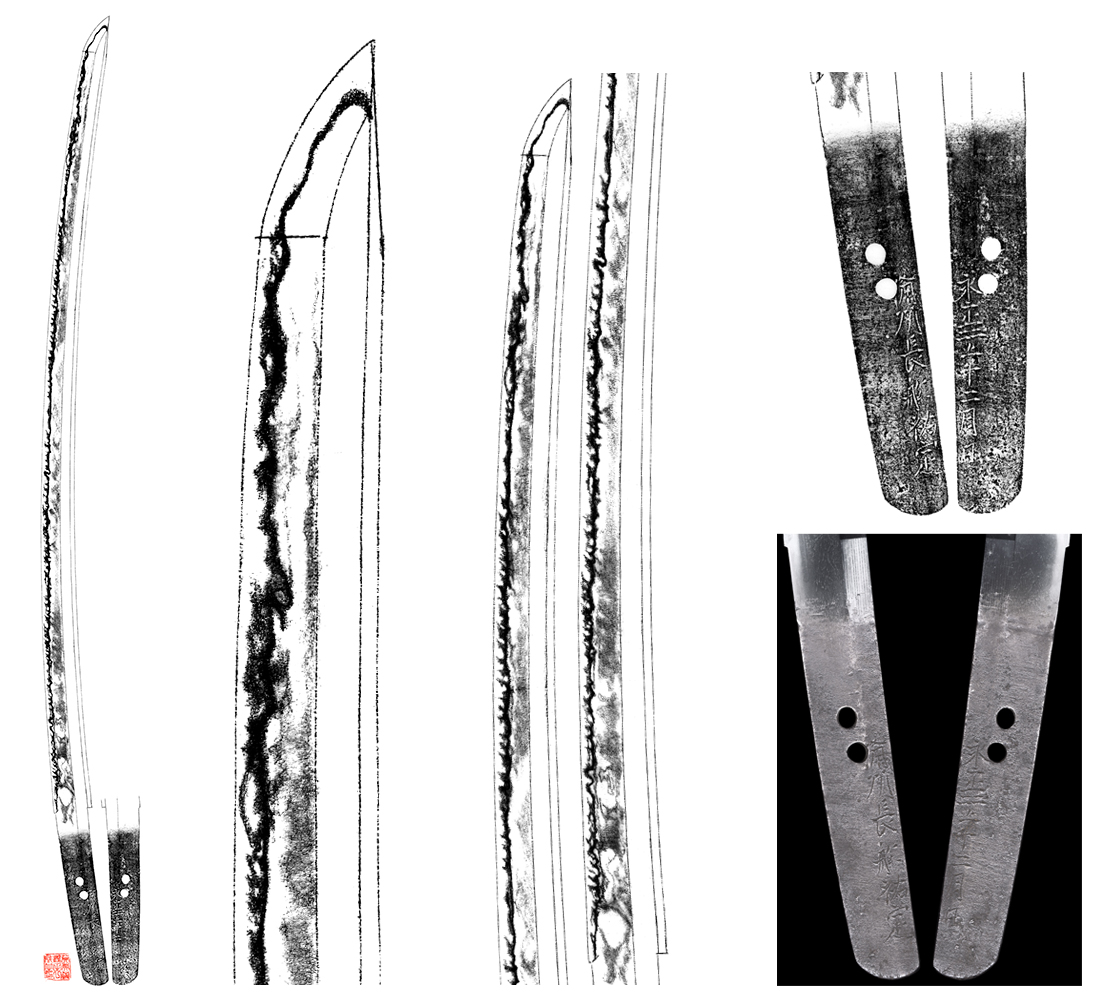 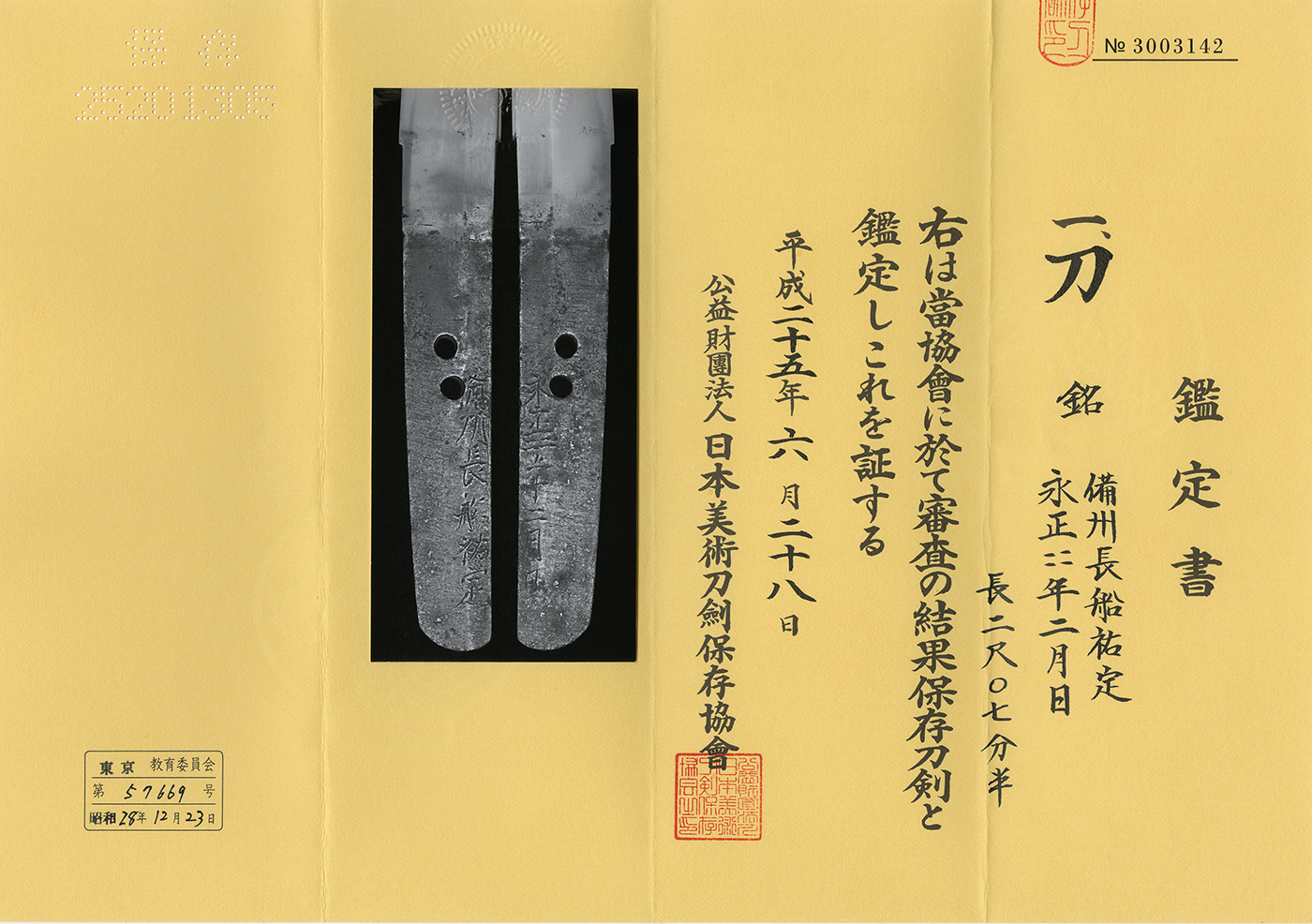