Special feature : Oumi kami Hisamichi is a student of second generation Iga no kami Kinmichi.
He is not originally from Mishian however he has received the honor of becoming one
of 5 selective Kyoto sword smith.
At Kanbun first year, he has received the post of Oumi daijyo and
at the same year he has changed his post to Oumi no kami.
Some of his works include Kikumon of 16 petals while he has also engraved Kiku-mon with branches.
There were no branch Kiku-mon used for Enpo 8th Year Augustj.
He was allowed to use the signature of Second generation Igano kami Kinmichi MIshina signature.
On the nakago, there is branch crest engraved.
It is rare for the blade to made at new year’s day. This blade is very nice work. 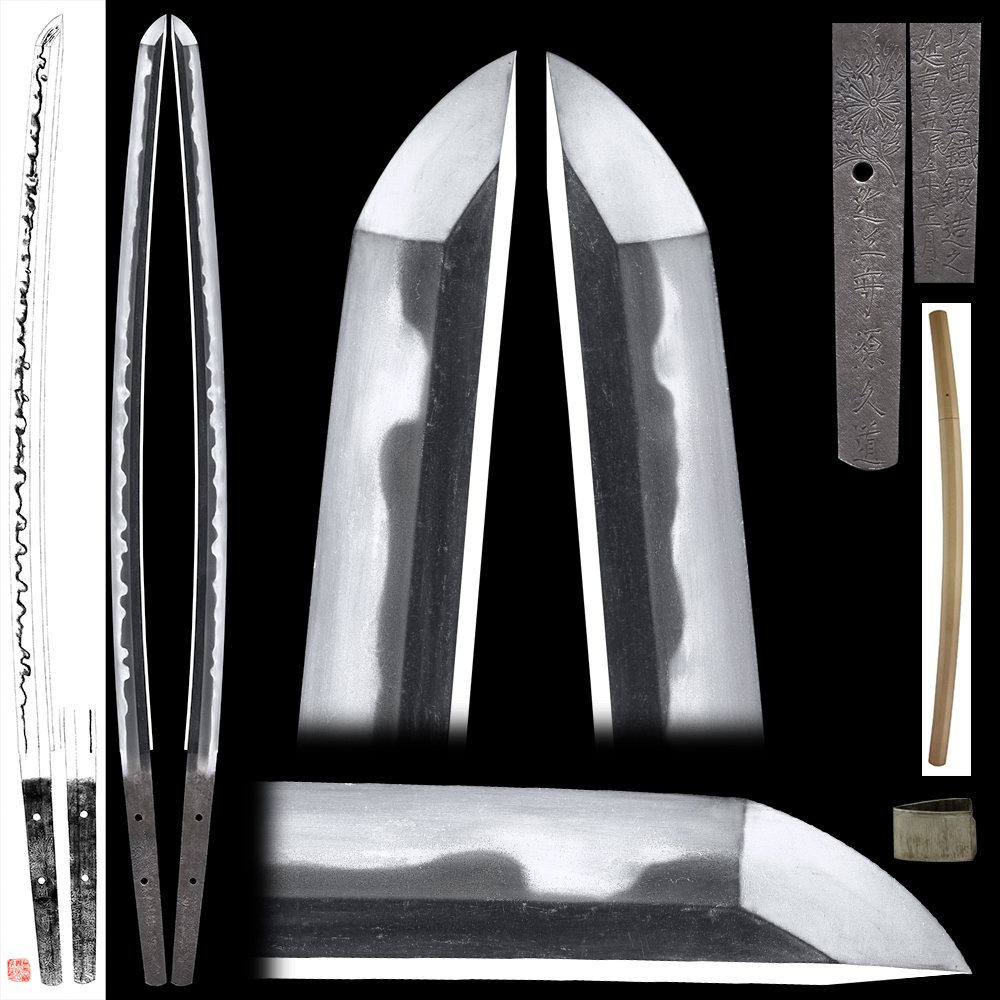 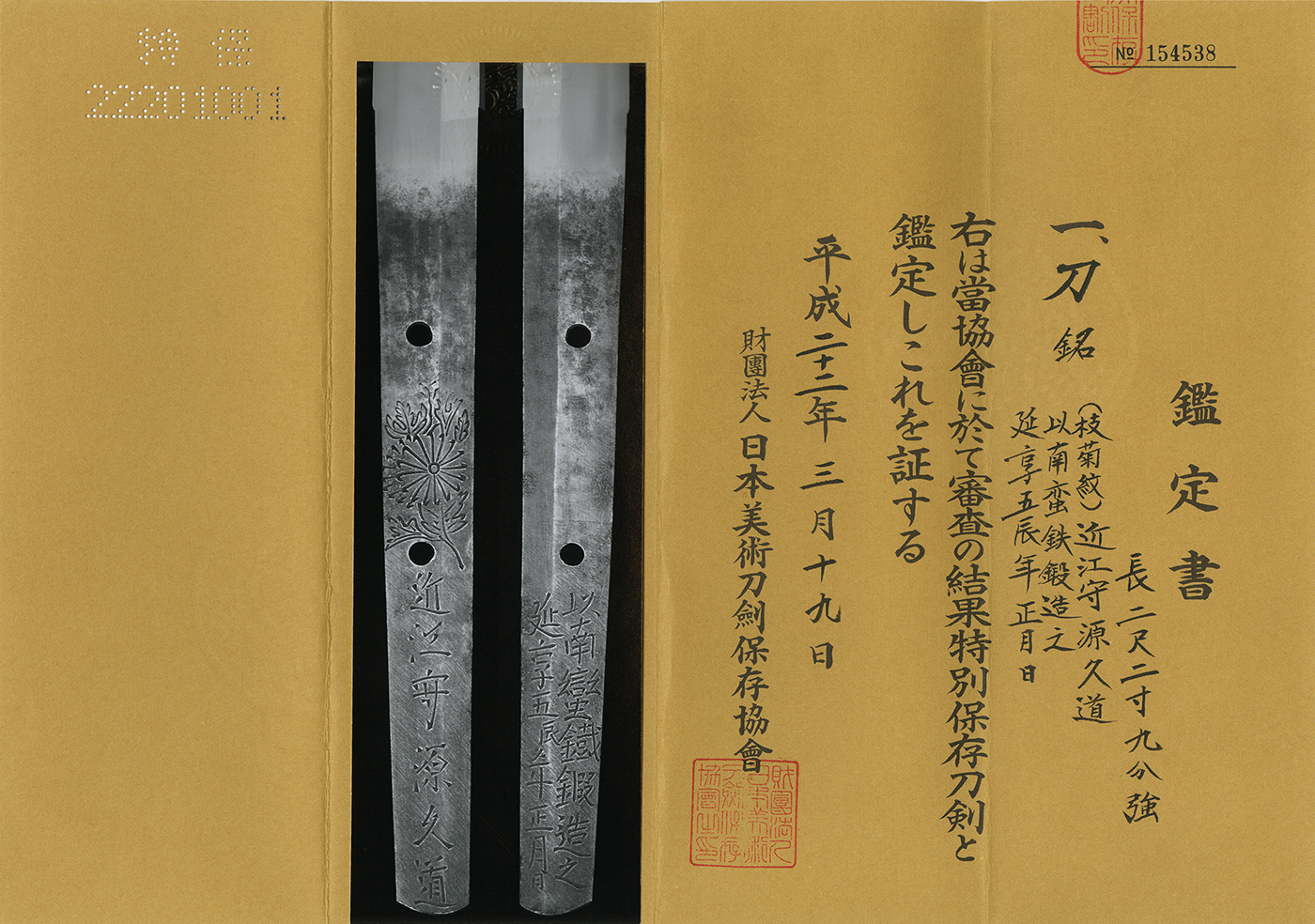