Special feature : Hizen Jyu Harima Daijyo Fujiwara Tadakuni was born at Keicyo 9th(1604)
First his name was Hironori and at Kanei 11th, he received the title of Daijyo and called
Harima Daijyo Fujiwara Tadakuni.
He was worked for Nabeshima family and later on,he transferred responsibility for
the family to his son 2nd generation Tadakuni and passed away Genroku 4th April 22(1691) age 88.
His subjects are as sama as Masahiro, like summer clouds hamon with sunagashi
and Kinsuji scatter in Hamon. but sometimes he made swords like Oumi Daijyo Fujiwara Tadahiro 2nd generation.
This sword kooks typical 2nd generation Tadahiro.
The blade is healthy without kizu and flow. It is nice Jigane and middle suguha with ashi and yo.
This sword has been kept by the nice sword collector for a long period. 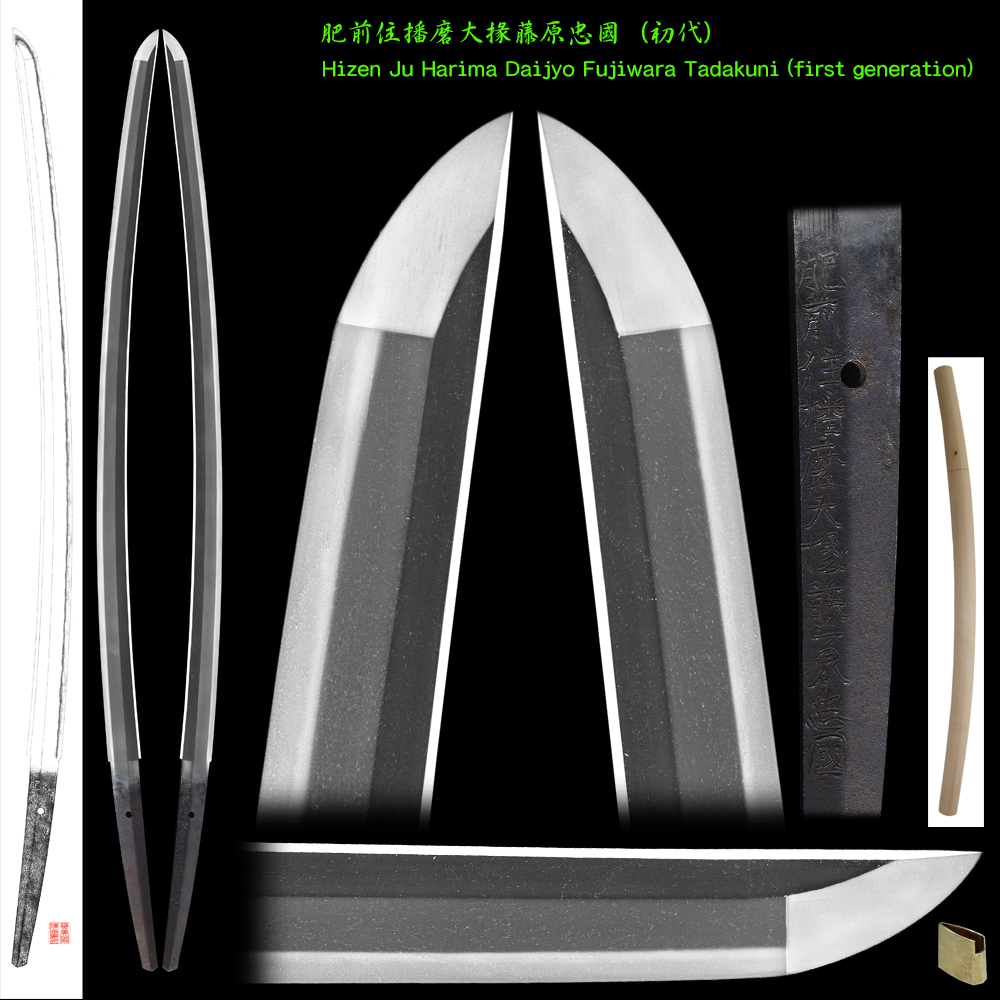 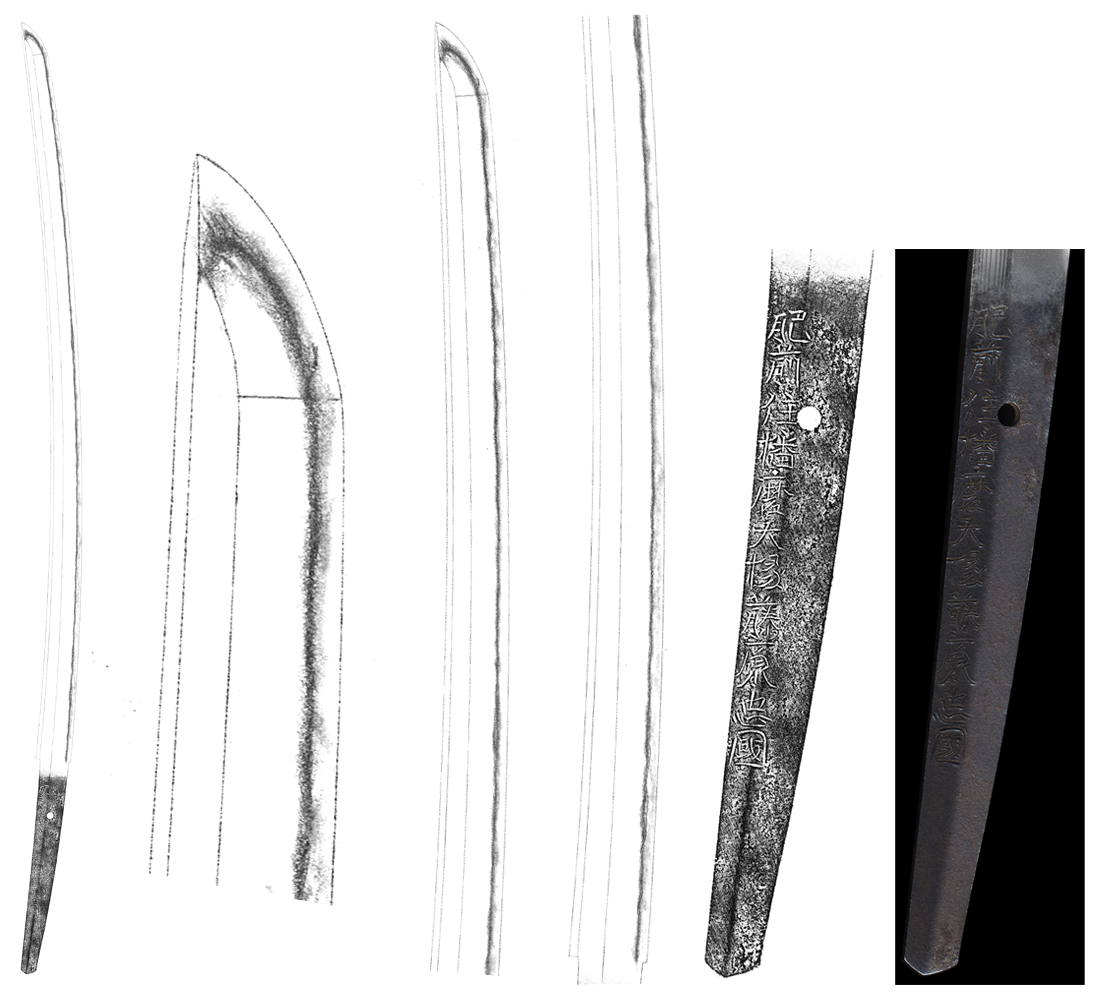