(We divide 4 sections for each sword as Saijyo saku, Jyojyo saku
Jyo saku and regular saku)
This Tadayoshi is Jojo saku.
The blade was polished
Habaki :Gold Foiled Single Habaki
Blade length : 70cm or 27.56inches.
Sori : 1.1cm or 0.43inches.
Mekugi : 2
Width at the hamachi : 3.1cm or 1.22inches.
Width at the Kissaki : 2.32cm or 0.91inches.
Kasane : 0.78cm or 0.31inches.
Era : Edo Period Genroku(1688-1704)
Shape : It is wide and thick with shallow sori. It is long Kissaki Katana.
Jitetsu :Koitame hada well grained with jinie attached.
It is clear Konuka hada of Hizen school .
Hamon : Konie deki with deep Nioiguchi. It is suguha with soft fabuchi line.
Boshi is round with sharp tip and deep turn over.

Special feature : Hizen koku Oumi Daijyo Fujiwara Tadayoshi is the son of third generation Mutsu kami Tadayoshi.
He is called Hashimoto Gensuke. He has received the post Genroku 13th year March.
He passed away in Enkyo 5th year(1748) September 9th at the age of 80.
After his father passed away in Kyotei 3rd year January 2nd, he has studied forging under his uncle Tadahiro.
The signature is alike his mentor Oumi Daijyo Tadahiro 2nd generation and he has ghostwritten for his mentor many times.
This work has extremely fice Jigane without any kizu or flaws.
The hamon is just like the masterpiece of Omi Daijyo Fujiwara Tadahiro and it is wonderful work with deep NIoiguchi.
It is the masterpiece of Hizen koku Oumi Daijyo Fujiwara Tadayoshi.

Historical background: This sword was made at the time of Genroku Ako Incident
also known as the revenge of forty seven Ronin.
A group of lordless Samurais has made revenge of their master’s death.
In Genroku 14th year February, at Matsu no Oroka, the big hallway inside Edo castle,
Ako Han load Asano Takuminokami was cut by Kira Kozukenosuke. 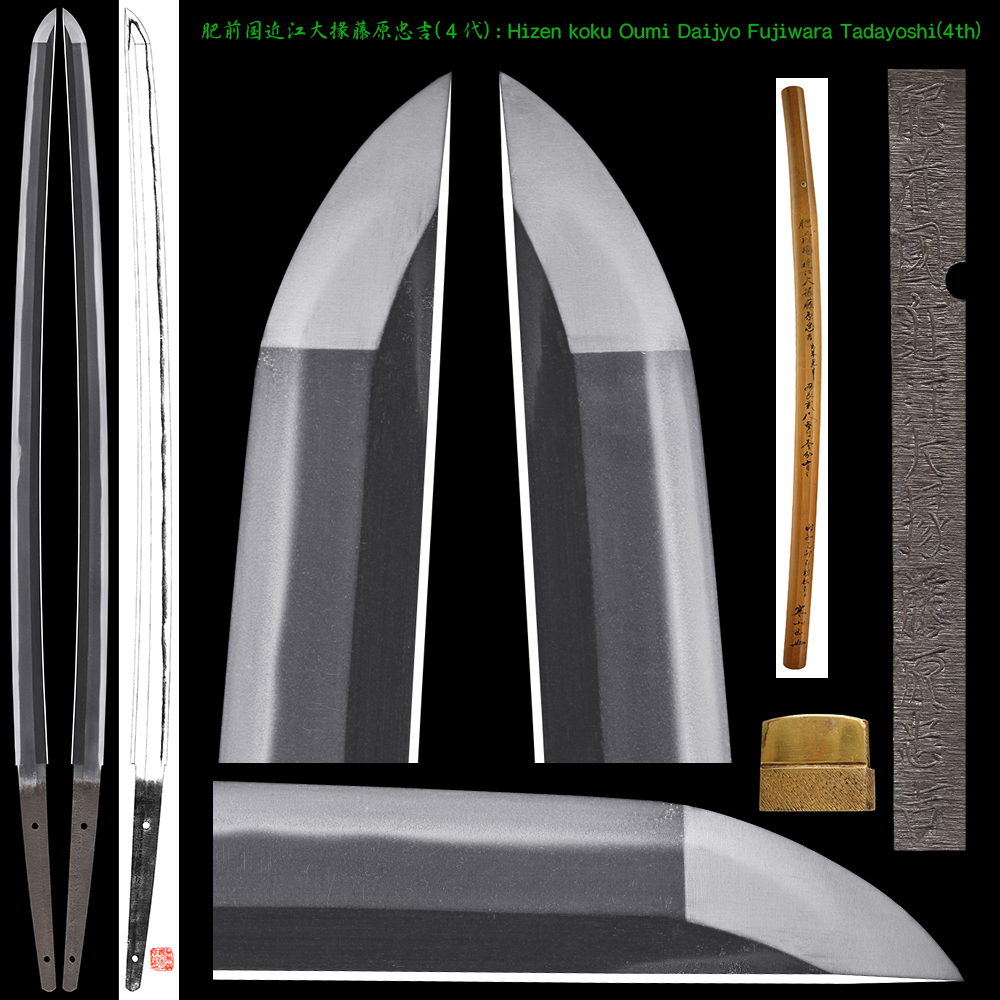 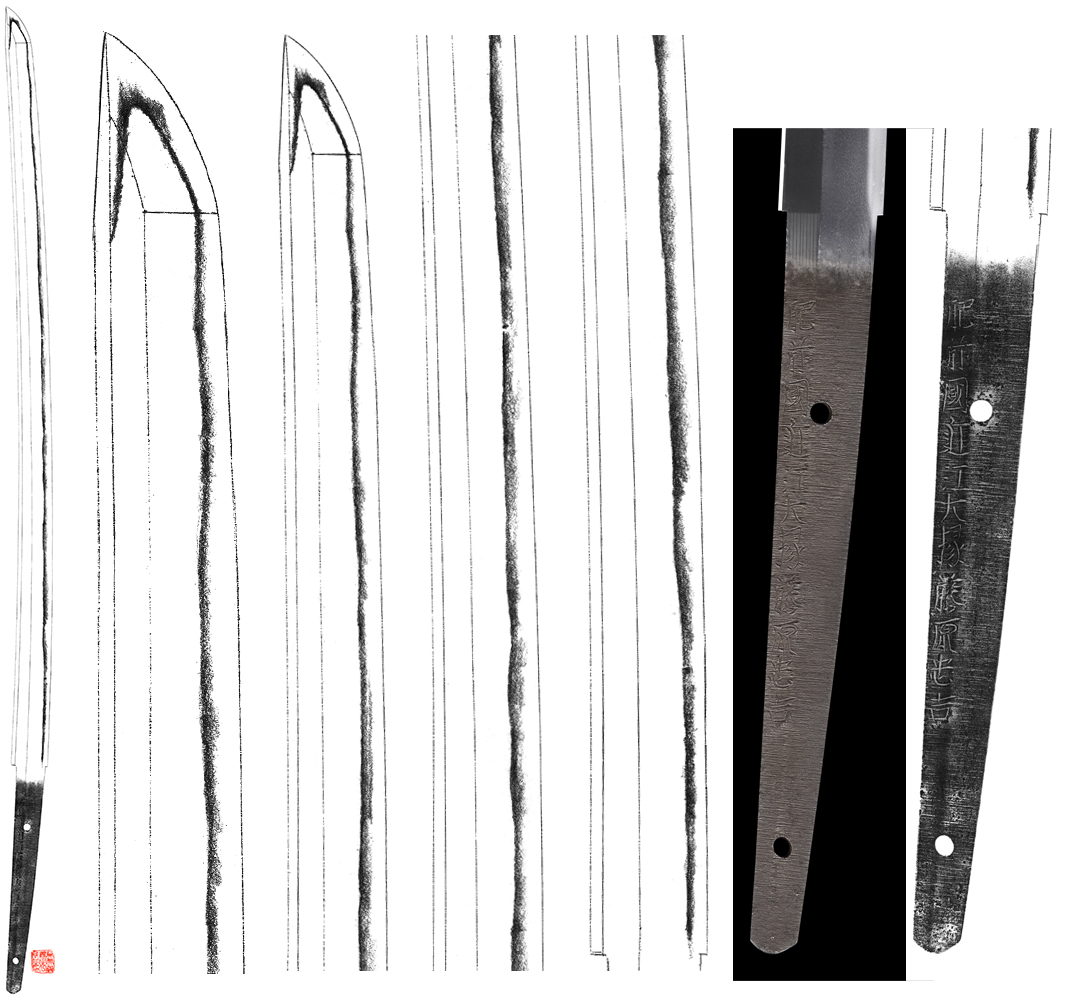 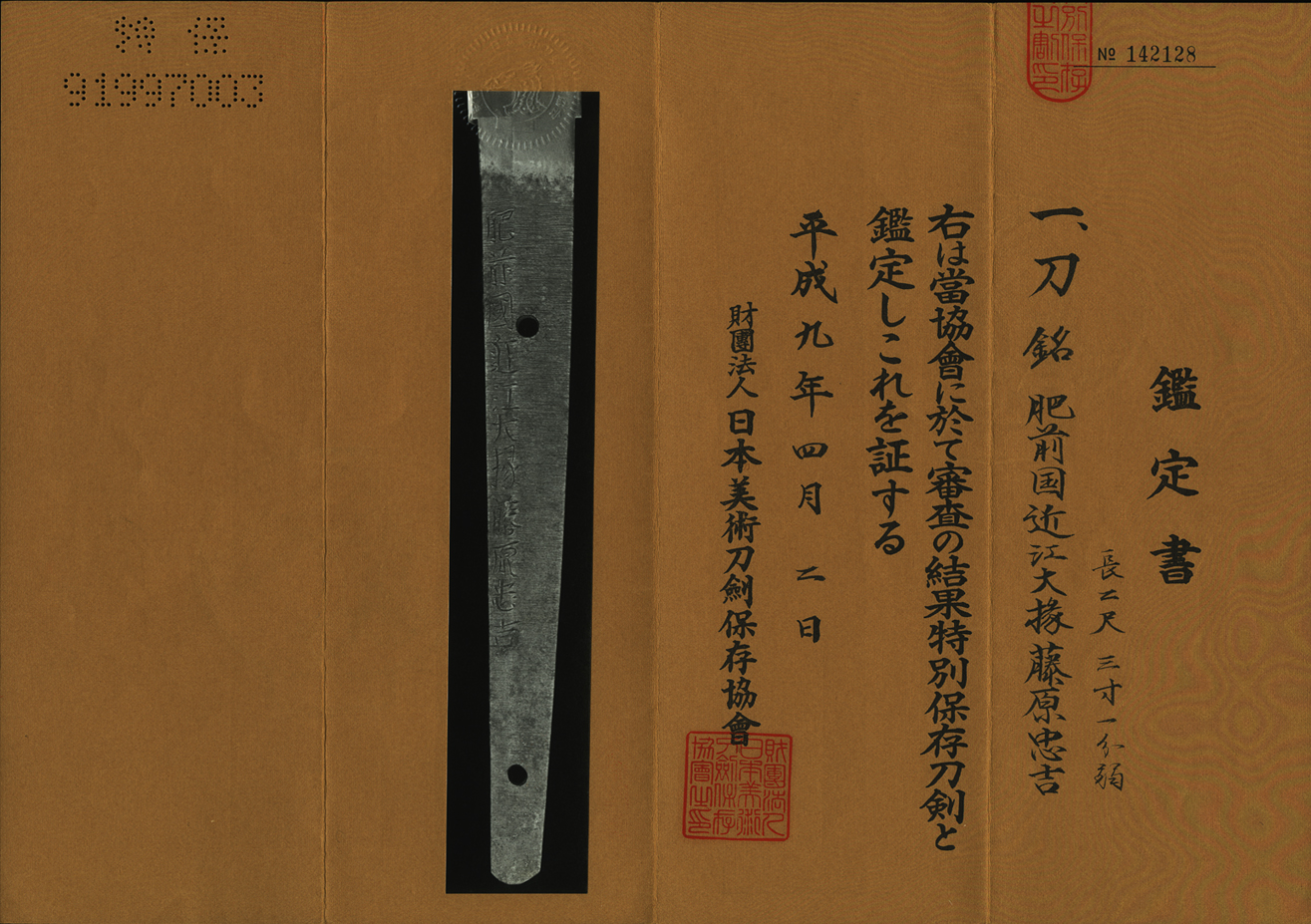