Special feature : Horii Toshihide whose real name was Horii Kaneyoshi.
He was born in 1886 as the third son of Hirokichi Tokuda in Shiga pref.
Toshihide became a pupil of Horii Taneaki in 1904 and succeeded the Horii School as the Third.
Toshihide used three names : Hideaki, Kaneaki and Toshihide.
In 1918, Toshihide went to Hokkaido at the invitation of Nihon-Seiko, a famous steelmaking company at Muroran City.
He continued forging sword there.
Toshihide is thought as one of a representative swordsmith of the first half of Showa period, in the prewar Japan.
He passed away in 1943 during the Second World War.
This sword is made the year of 2,600 year anniversary of the founding of Japanese Imperial era and it is rare piece of work.
It is in nice wide and thick shape sword. 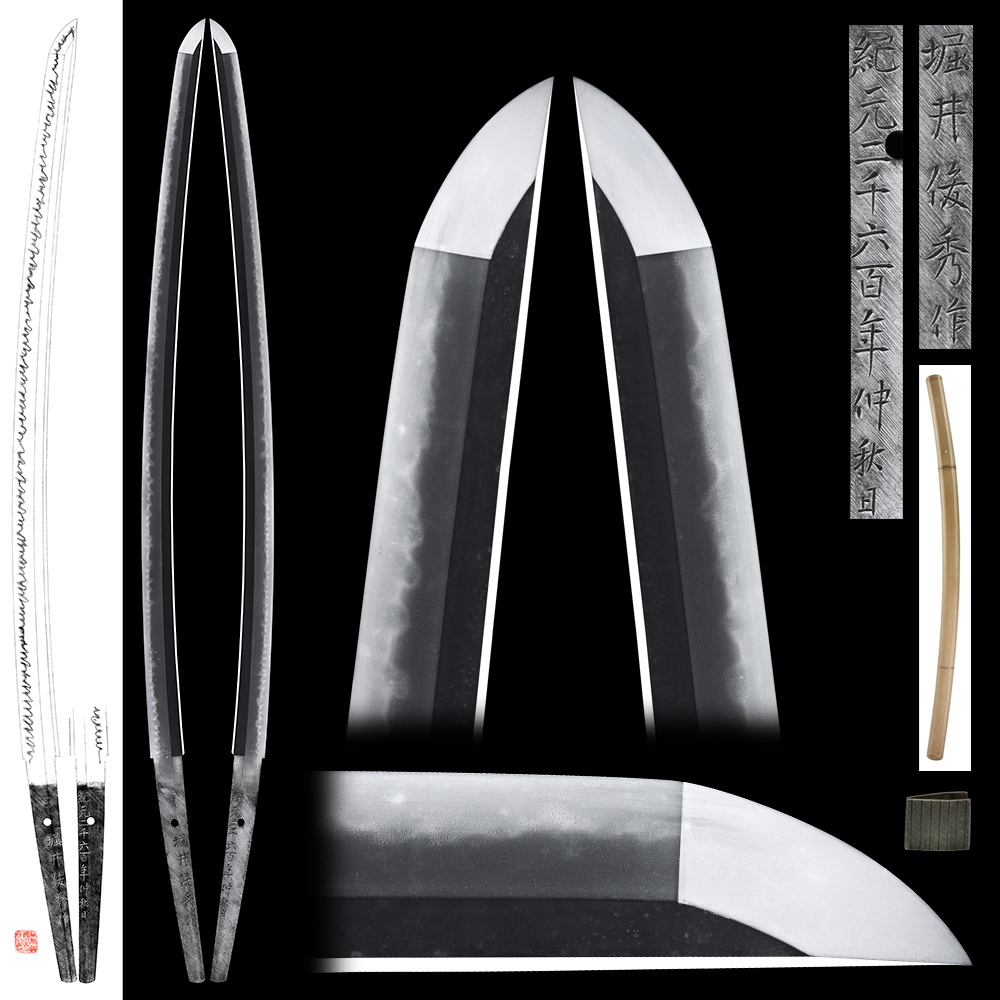 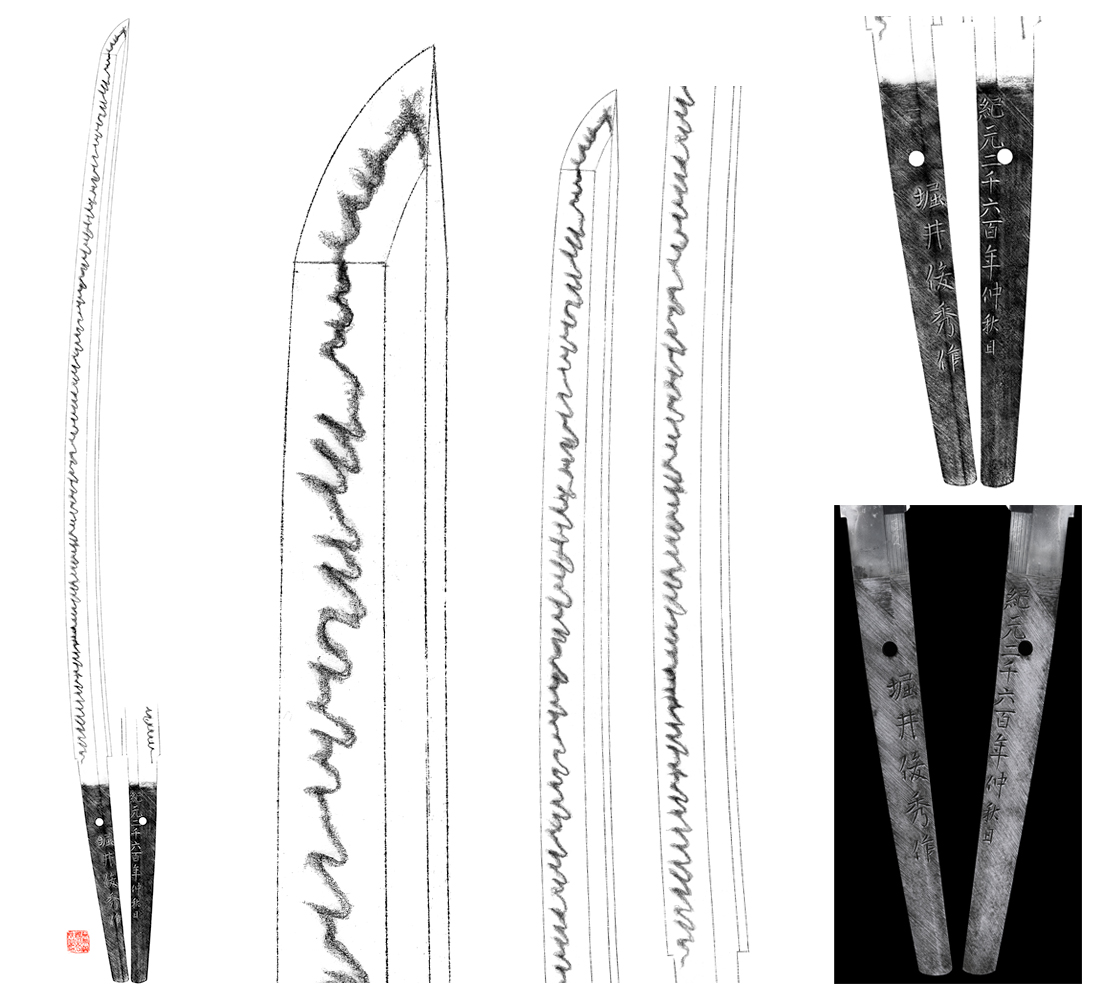