Special feature : Ishido Korekazu was born as a nephew of Kato Chounsai Tsunatoshi, learned
from him and he succeeded the Ishido family as the seventh generation,
he passed away in 1894 aged 75.
He made Sodenbizen den which is convined with Bizen and Sosty den style.
First generation Korekazu made Bizenden style with nice Utsuri but 7th generation Korekazu made swords like Sosyu style.
This sword was made meiji 2nd year but at that time, demanding Japanese swords are very few.
Meiji Government decided to prohibit to make Japanese swords.
A lot of sword makers gave up his job.
Probably He tried to do the best for making this sword. 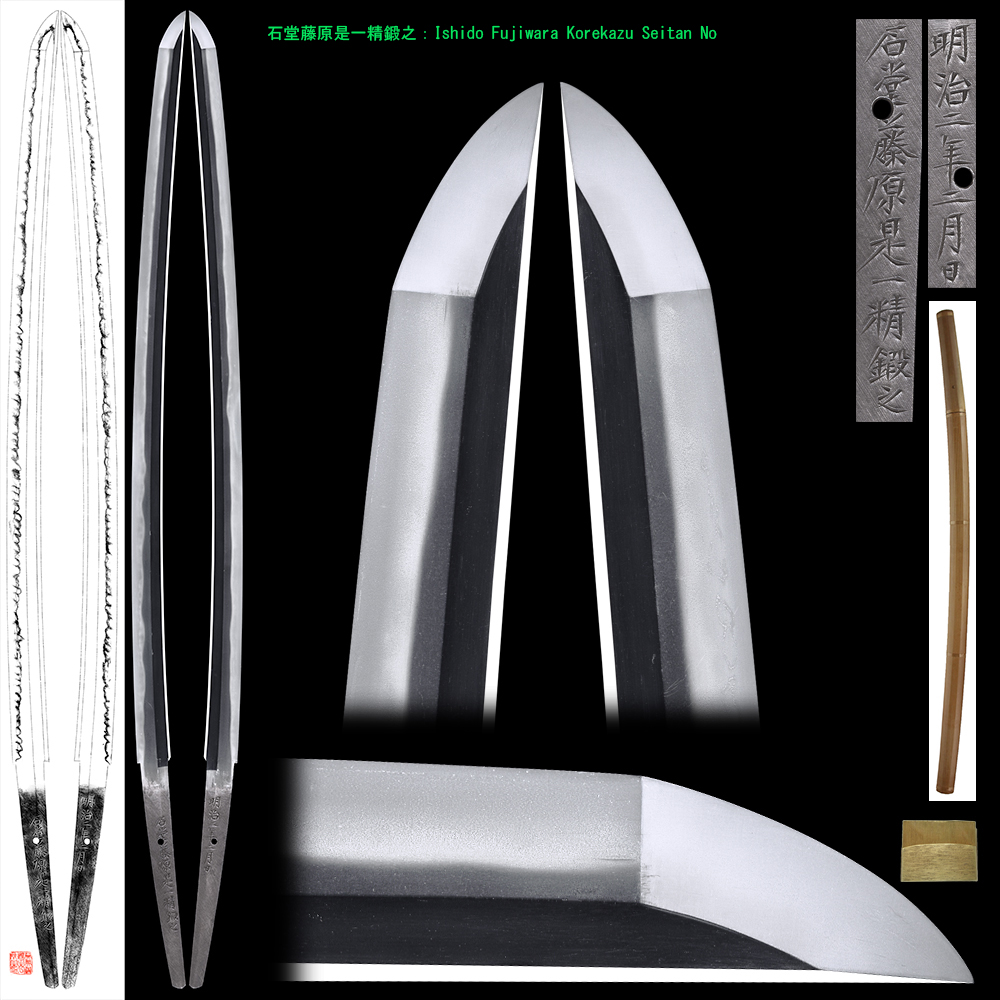 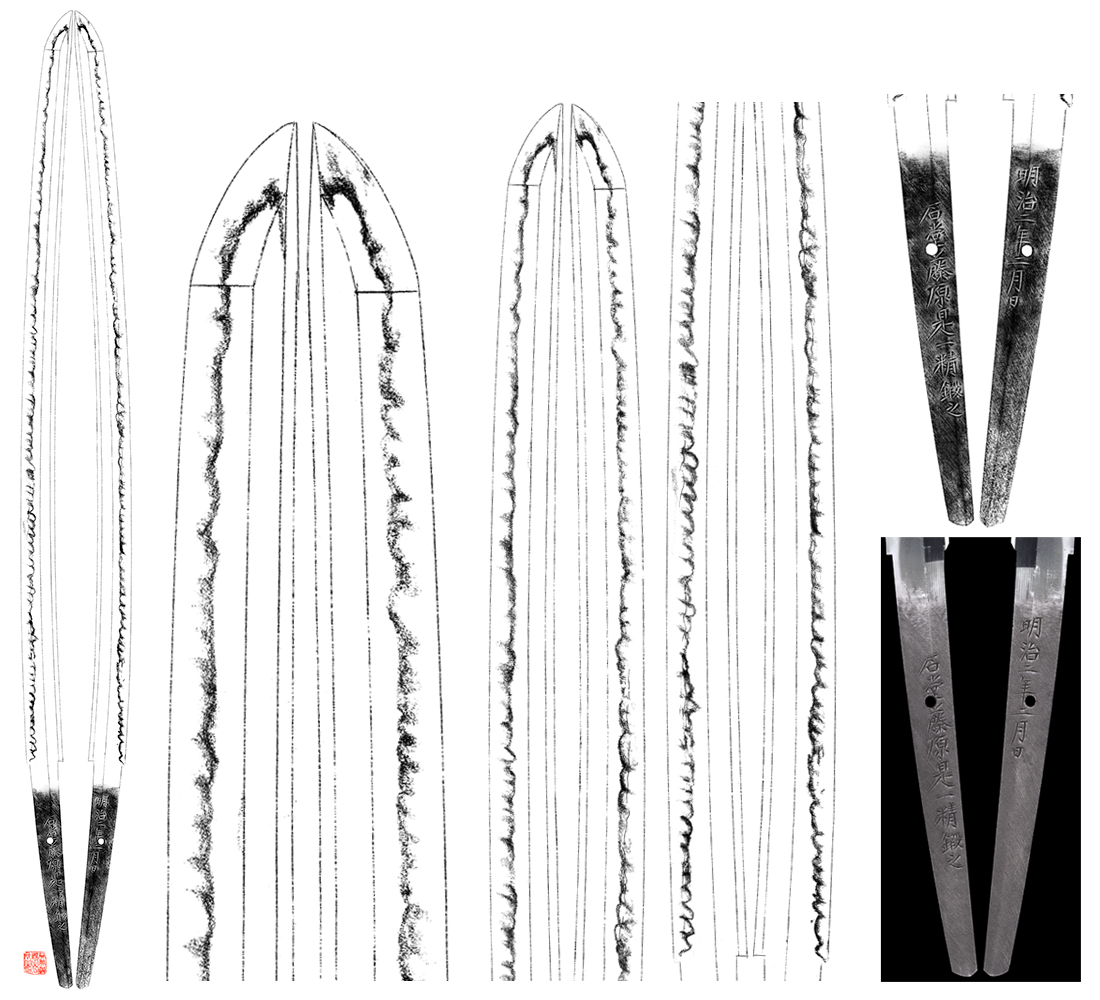 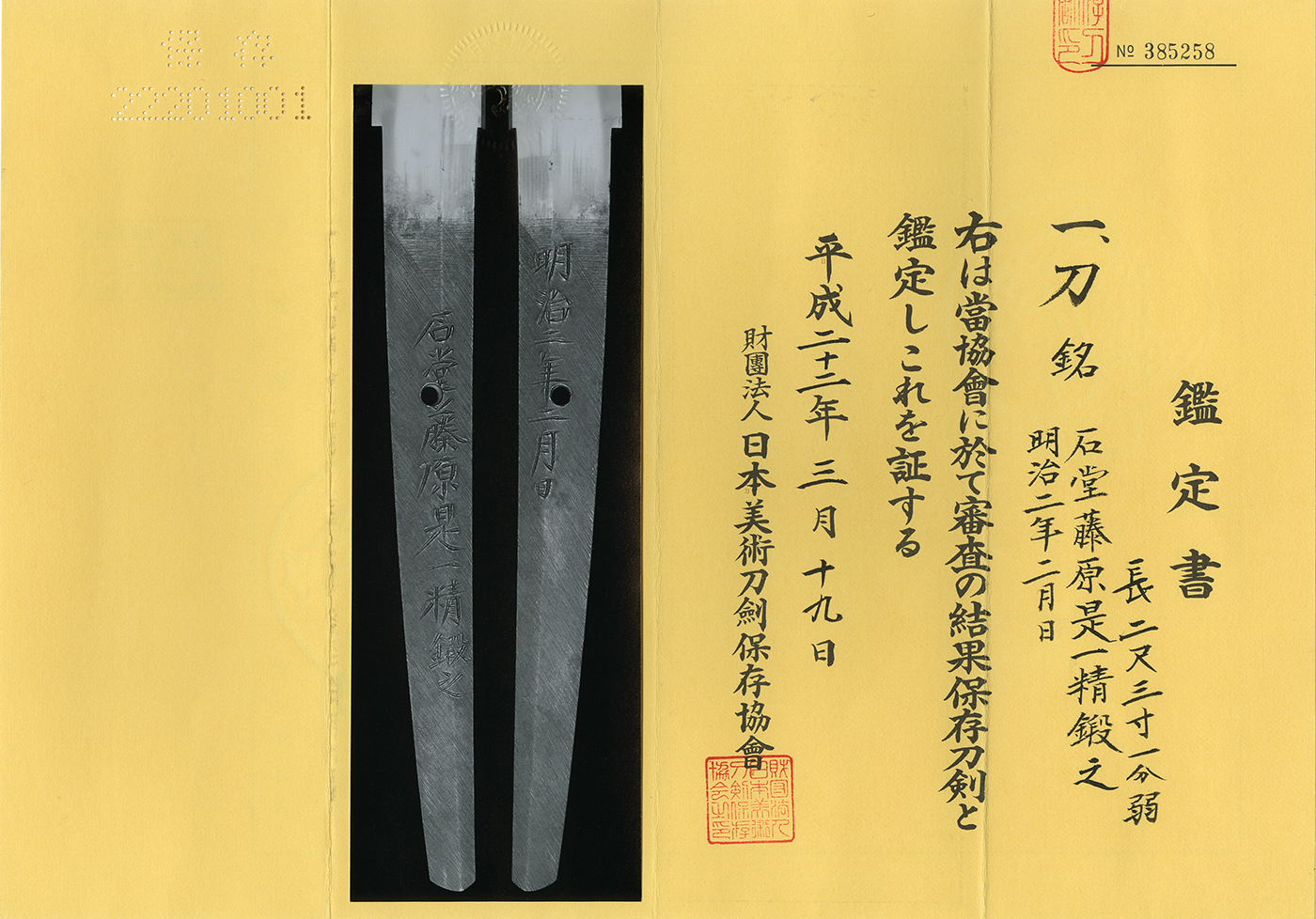 Wakizashi in Koshirae Signature : Bishu Osafune (not guarantee.) Sword made in Muromachi period Eisho. (We divide 4 sections for each sword as Saijyo saku, Jyojyo saku Jyo saku and regular saku) This sword belongs to regular ranking. The blade was polished. Habaki : Blade length : 59.37 cm or 23.4 inches. Sori : 2.25 cm or…