Special feature : Inoue Shinkai is the son of first generation Izuim kami FUjiwara Kunisada and has made several works with the name of his father.
Later on, he has forged swords of deep nioiguchi thick suguha hamon and doranba. work.
At his earlier carrier he has engraved his signature Izumi kami Fujiwara Kunisada by the order of his father.
Then he altered his sign to Inoue Izumi no kami Fujiwara Kunisada and later become Inoue Shinkai.
This katana is one of his early works. The jigane is splendid. The hamon is clear as well.
The Ranma engraving was engraved later. There i is a beautiful hand writing of Kanzan Sensei on the saya. 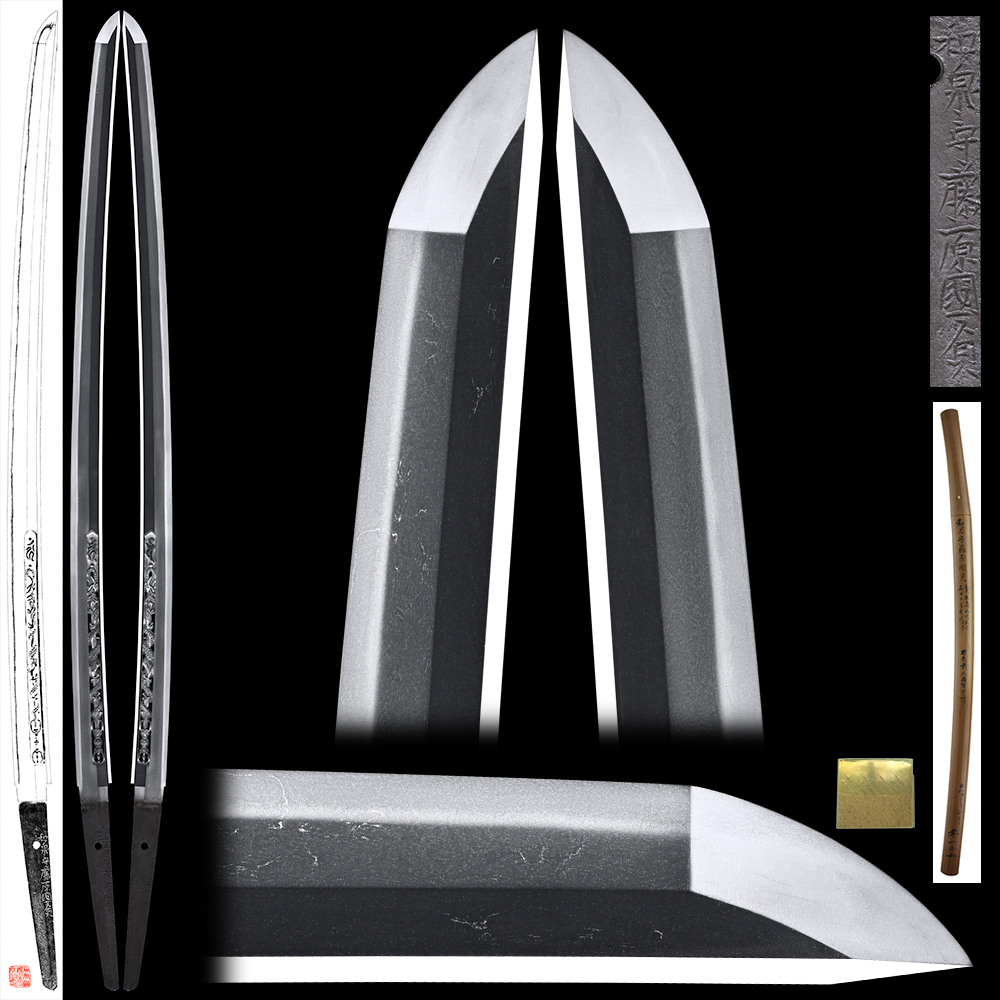 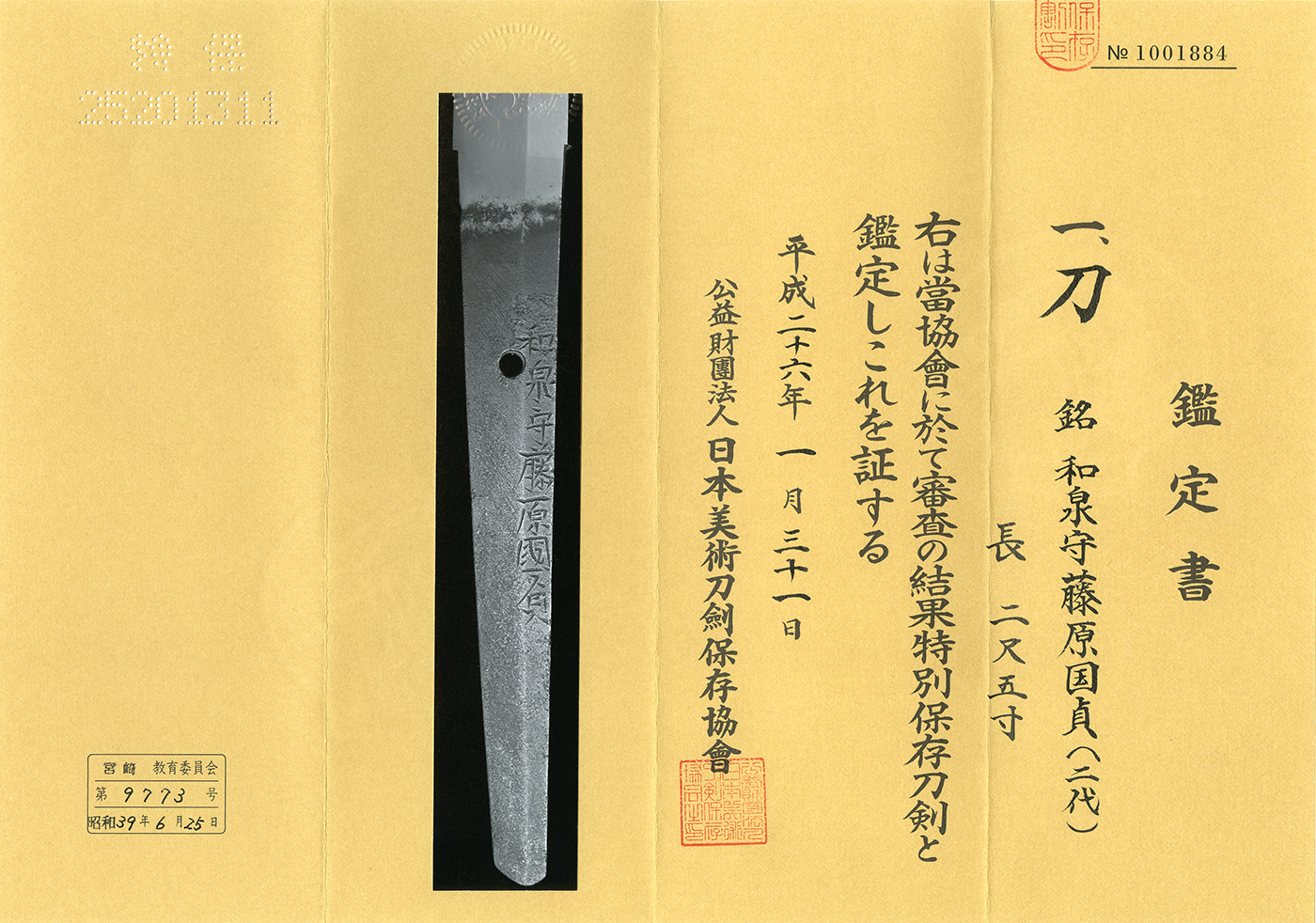