The blade was polished
Habaki :Gold Single Foiled Habaki
Blade length : 69.6cm or 27.4inches.
Sori : 1.4cm or 0.55inches.
Mekugi : 1
Width at the hamachi : 3.09cm or 1.22inches.
Width at the Kissaki : 2.38cm or 0.94inches.
Kasane : 0.69cm or 0.27inches.
Era : Late Edo Period
Shape : It is wide and thick deep sori with long kissaki. It is nice shape katana.
On the front, Kenmaki-Ryu is engraved and at the back Bon-ji and Gomabashi and nail is engraved.
Jitetsu : Koitame hada well grained with jinie attached. It is clear jigane.
Hamon : Gunome midare with ashi well attached. There is sunagashi and long kinsuji activities.
Bosih is notare style round end brush up style.

Special feature : Tairyu Sai Sokan was born in Okushu Shiraga castle town. He studied under Koyama Munetsugu,
who was at the time famous in Edo, at a place called Fukawa Hakosaki Cho. Because he was born near Abu Sumikawa river,
he has engraved it on the signature as his sir name. At Ansei First year, he has engraved signature Tai Ryu Sai.
This was when he became a chauffeur of The Koga Domain of Shimousa Province.
At that time, he has made similar hamon as his mentor Koyama Munetsugu however later on he made equal length hamon
that reminds of Yoshii Bizen/ The Utsuri is well seen in this piece. At the beginning, he used block signature and later
on he engraved unique clerical script. He made many magnificent shape long katana as this sword.
This piece was made by Abukumagawa Sokan for the lord of Furukawa. Cutting test was done by Iga Toshiro at Tokyo Senjyu.
He has cut the body part called Tata which is 10cm below the neck. Assumably, the Lord of Naruse has checked the cutting test.
It is no exaggeration to say that it is precious piece with such a signature and.
It is said that the Kenmaki-Ryu engraved on the blade was made by other smith of later period.
Nevertheless it is truly rare to see such an excellent engraving on the ha. It is qualified as NBTHK Tokubetsu Hozon paper. 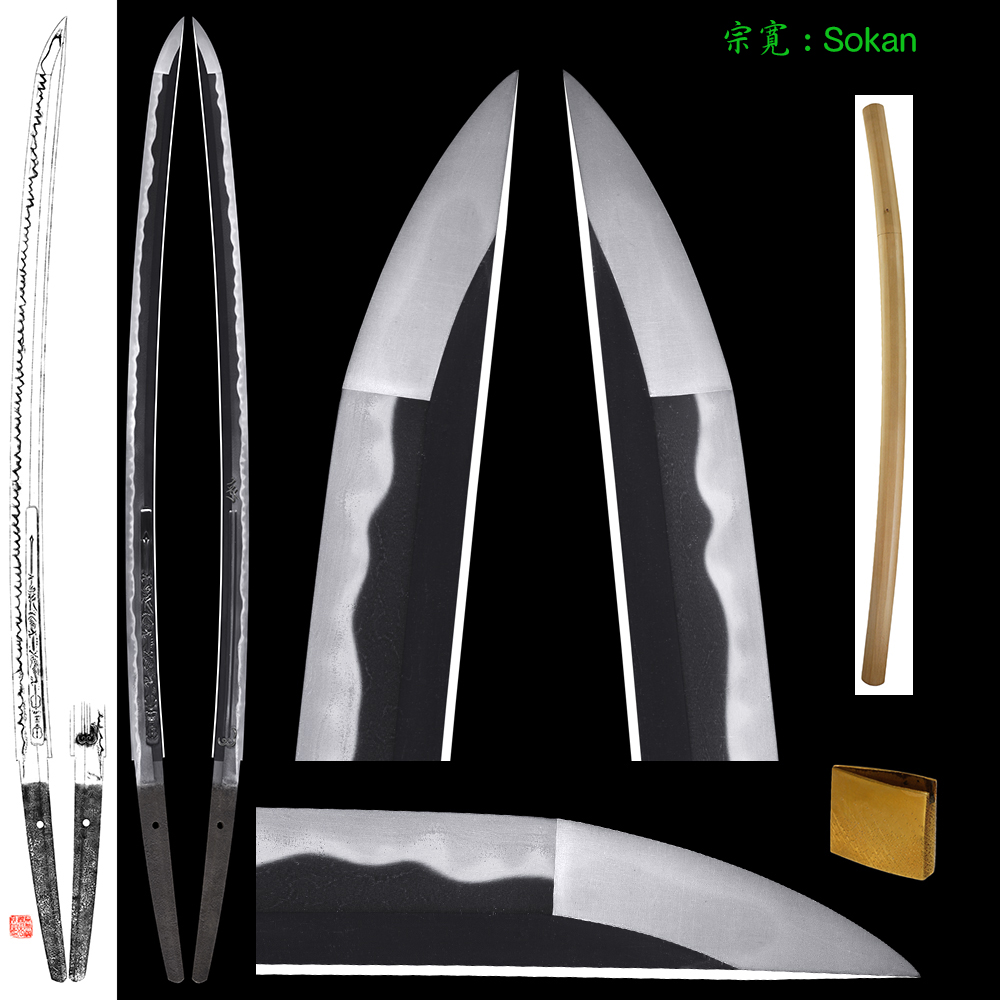 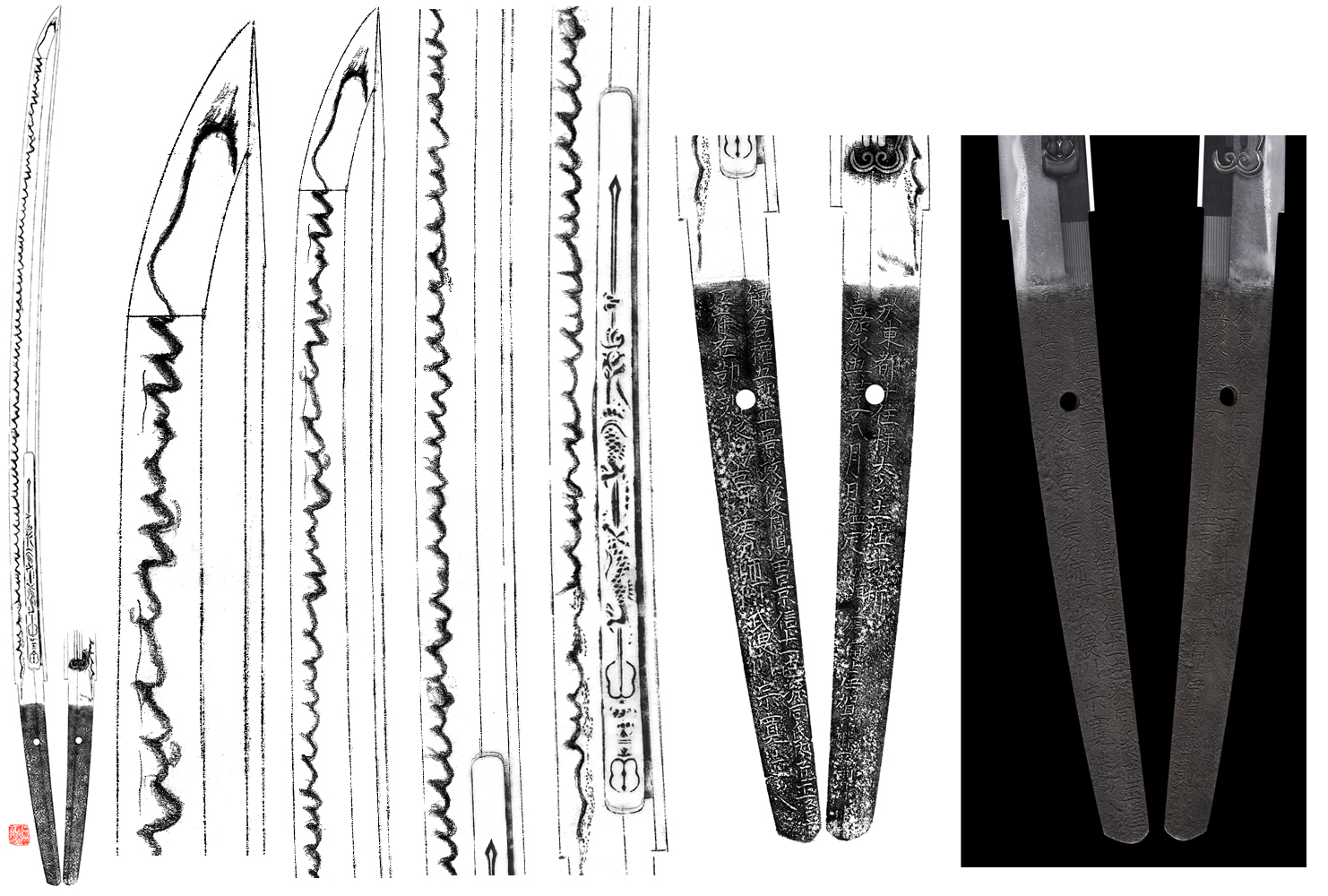