Explanation: Mr. Aizawa who is the chairman of Gotokai demanded this blade.
Yoshiwara Kuniie made the blade in Kouto where Emperor lives.
in 1942, the Fall of Singapore.

Special feature : Yoshihara Kuniie(First generation was called Yoshihara Katsuyoshi.
He was born in Meiji 26th year in Koudouso Shimotsuma shi Ibaragi Prefecture.
He has become the first student to study in Japan Forging Skill Training School.
He has obtain the skill of making Nihonto and then on he has moved to Setagaya,
Tokyo and founed Japan Forging place.
He has worked as well as chief Sword smith of Tokiwamatsu Sword
Forging place owned by Toyama Mitsuru.
He has also taken care of the army authorized swordsmith.
The skills that grown the national sword smith is now being descended
to Yoshihito and Soji Brothers whom were both his grandsons.
This sword was made before the end of war which is mentioned as
“The Fall of Singapore 1942” is commemorative on the tang.
But at that time, Japan was almost defeated by U.S. forces.
Japanese government announced Japanese victory to Japanese people
as propaganda even if Japanese defeat is near.
Anyway this sword is quite nice hamon and jigane. 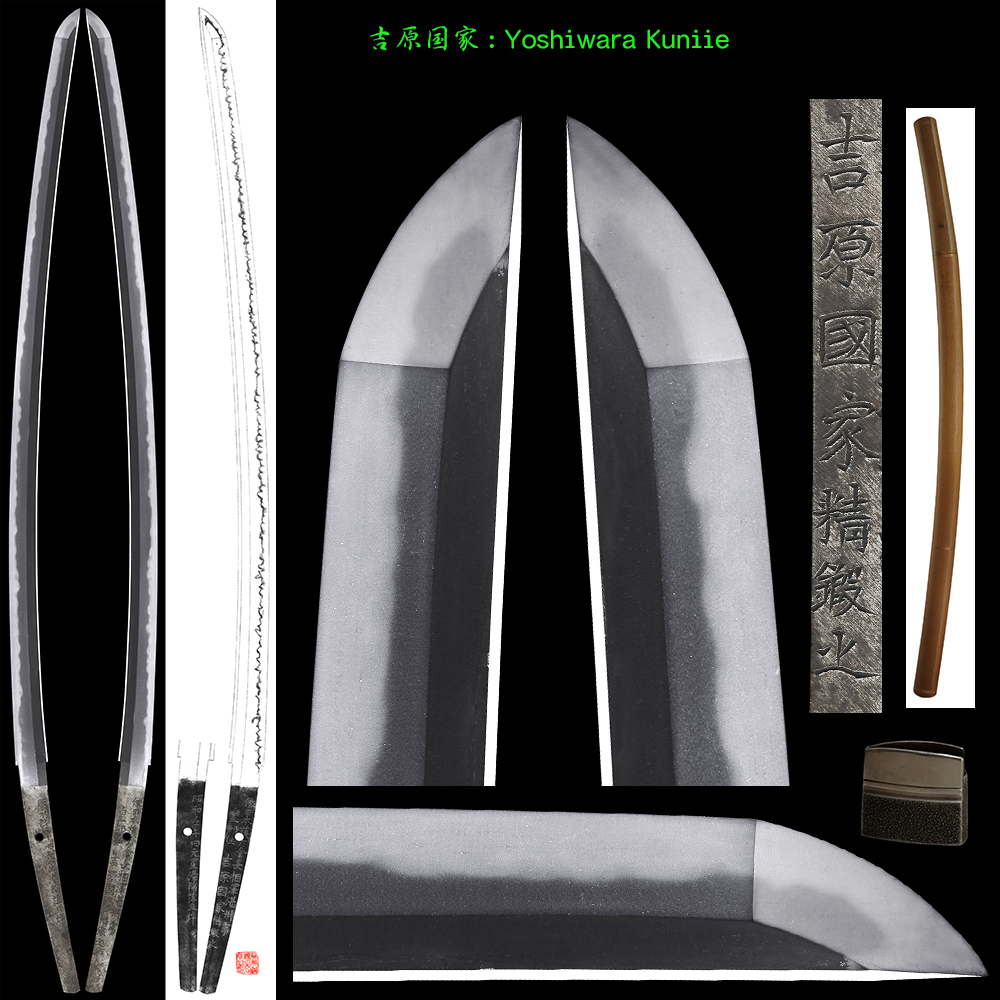