Signature:Mumei I think the blade is attributed as Bizen Tadamitsu

Special feature : From the clear utsuri and nice Jigane, the blade must be made around Eisyo era or more older like Tadamitsu.
The blade has passed so many years so the Jigane has some kiss and flow.
But still enjoy the beauty of the blade.
I think during war time, when father's son must go to the war front, he handed over family's treasure this sword.
He made a determined effort to win fame on battlefield.
The sword has some faults but still nice sword. 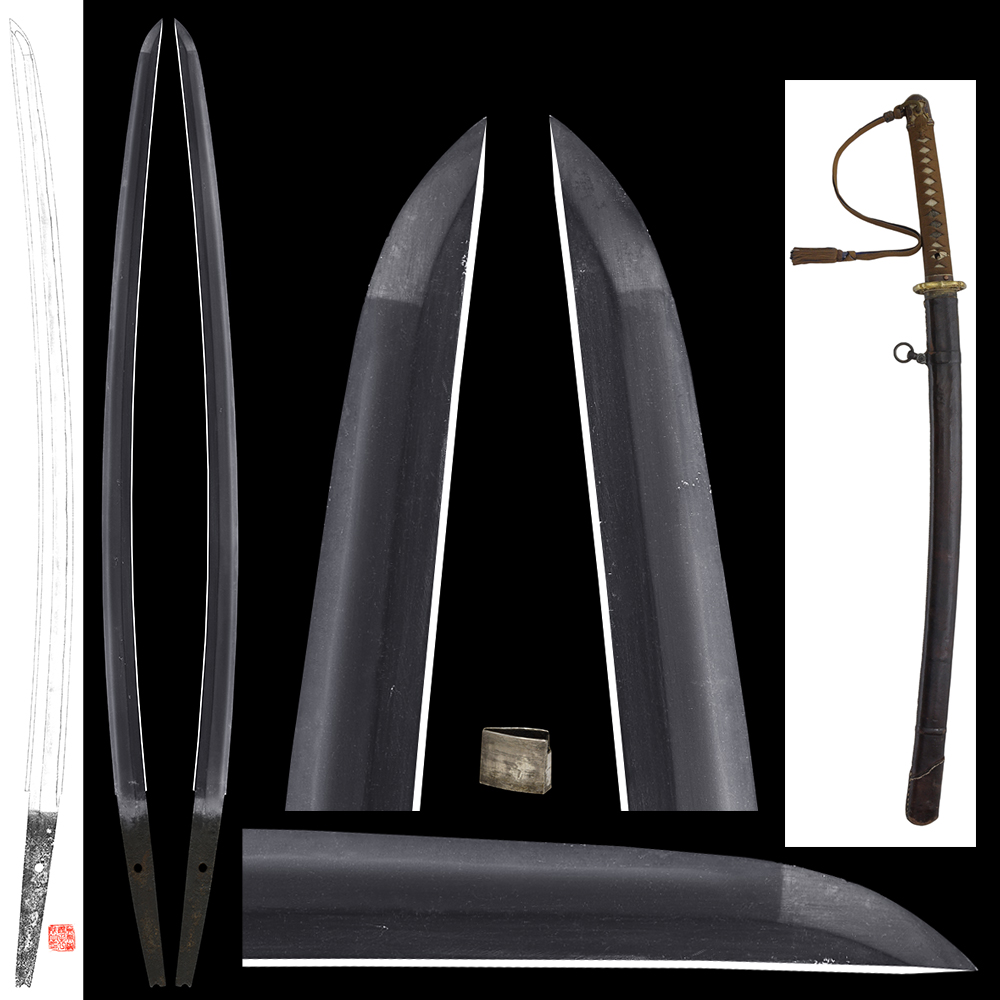 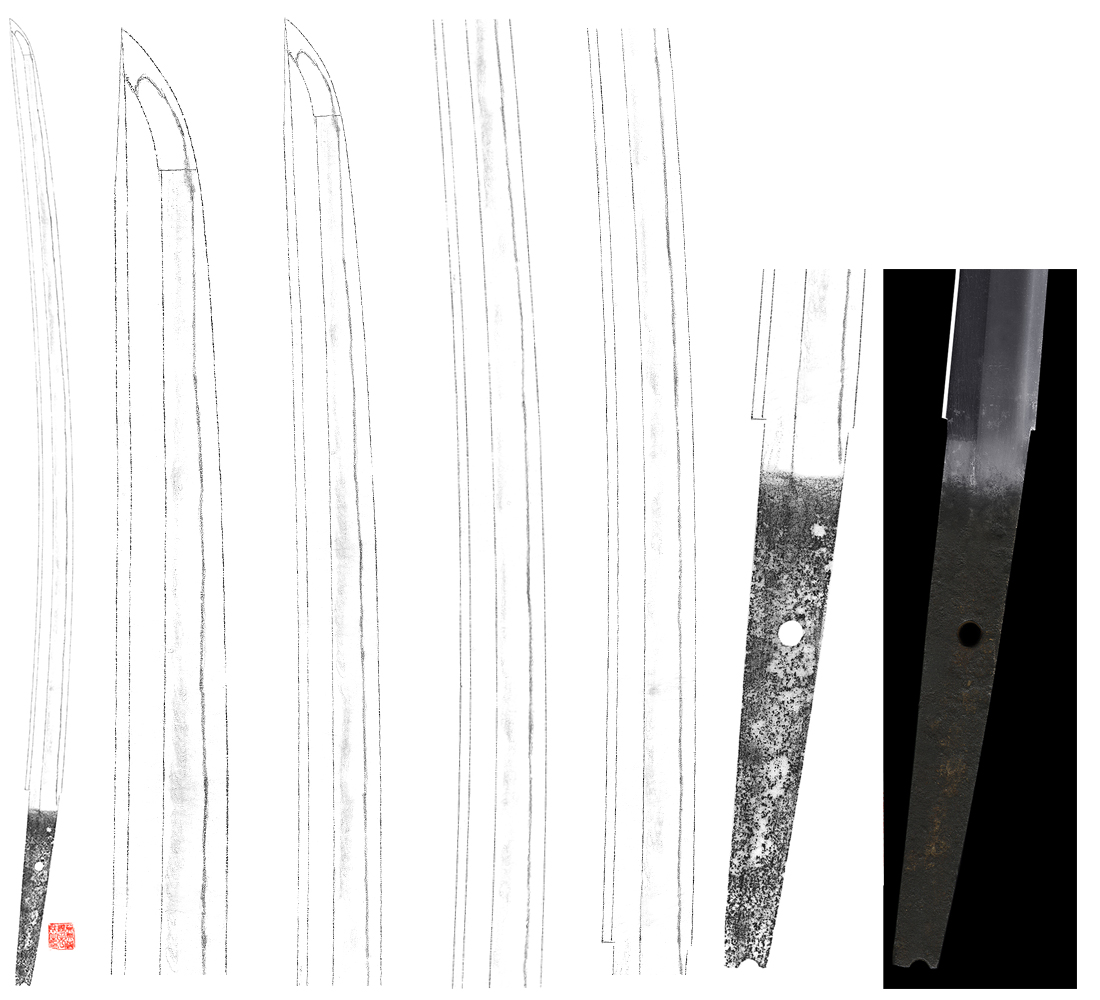