Special feature :Nagasone Okimasa was generally called Atsubee who
was a student of Kotetsu and become adopted later on.
Nagasone Okimasa is oftenly called 2nd generation Kotetsu.
He became adopted son of the Kotetsu and have continued
forging swords while being an assistant of Okinao and Okihisa.
So he was called secound son of Kotetsu who was a
top ranking swordsmith in Shinto era.
He is one of the well-known sword smith as he has been ranked as jyojyo saku
and saijyo o-wazamono. This sword has nice jigane ,
clear hamon that reminds us of Kotetsu.
It is regretted that there are some rough parts at the shindig line.
This sword is, however, a master piece. 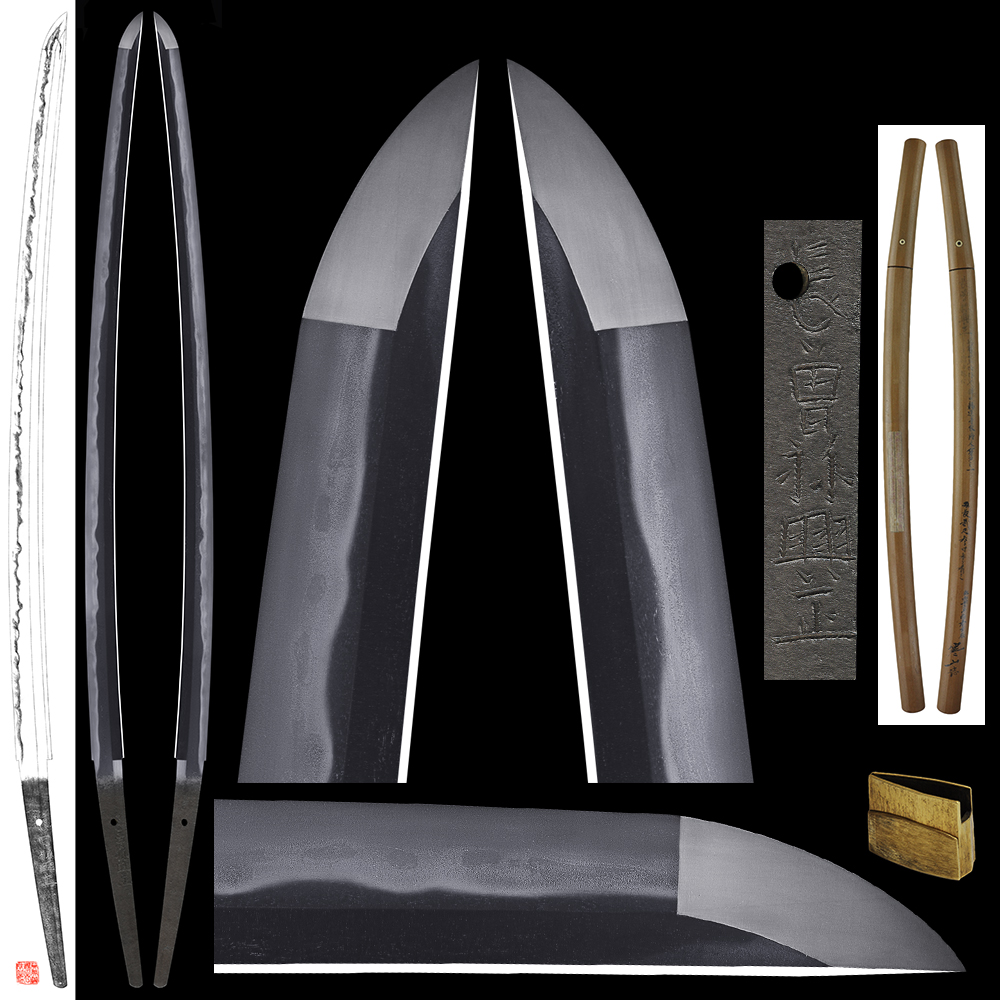 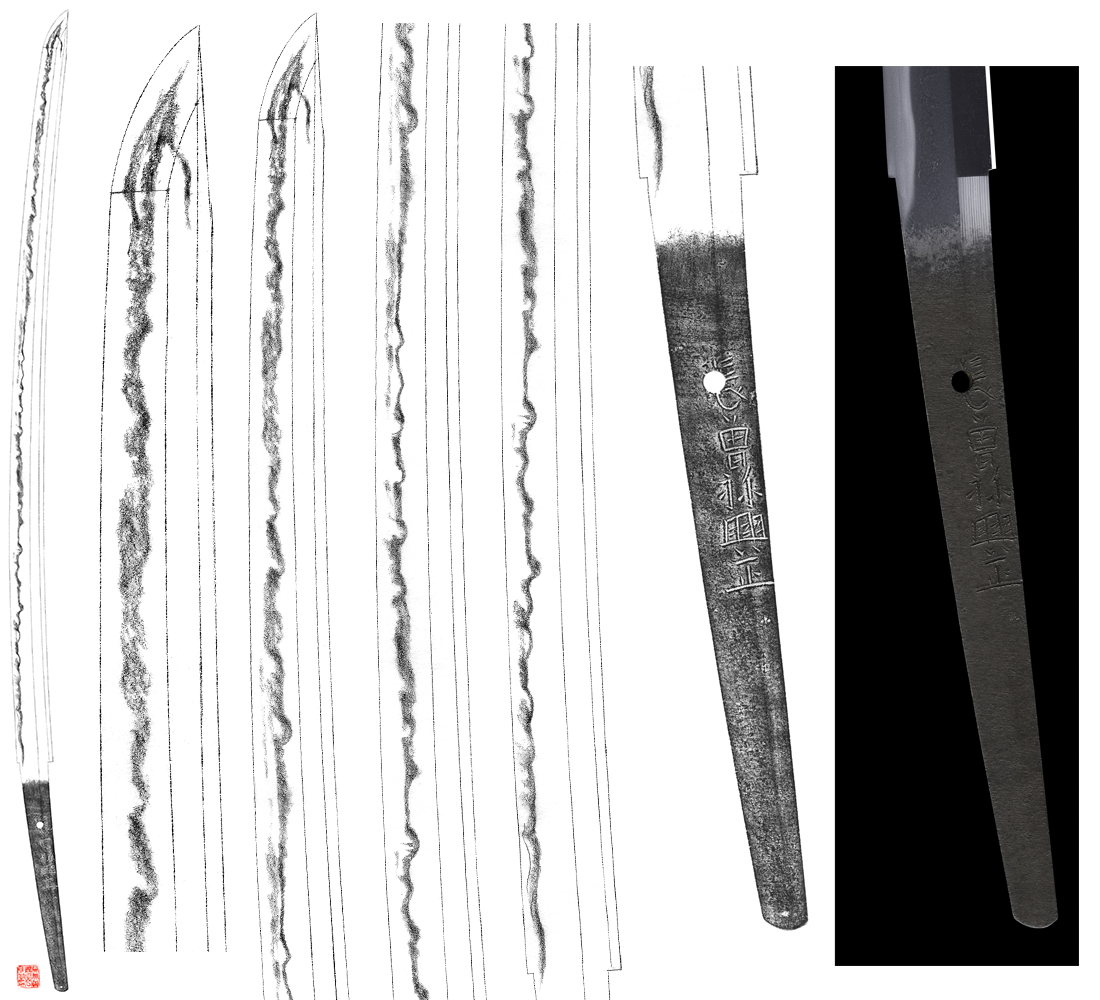 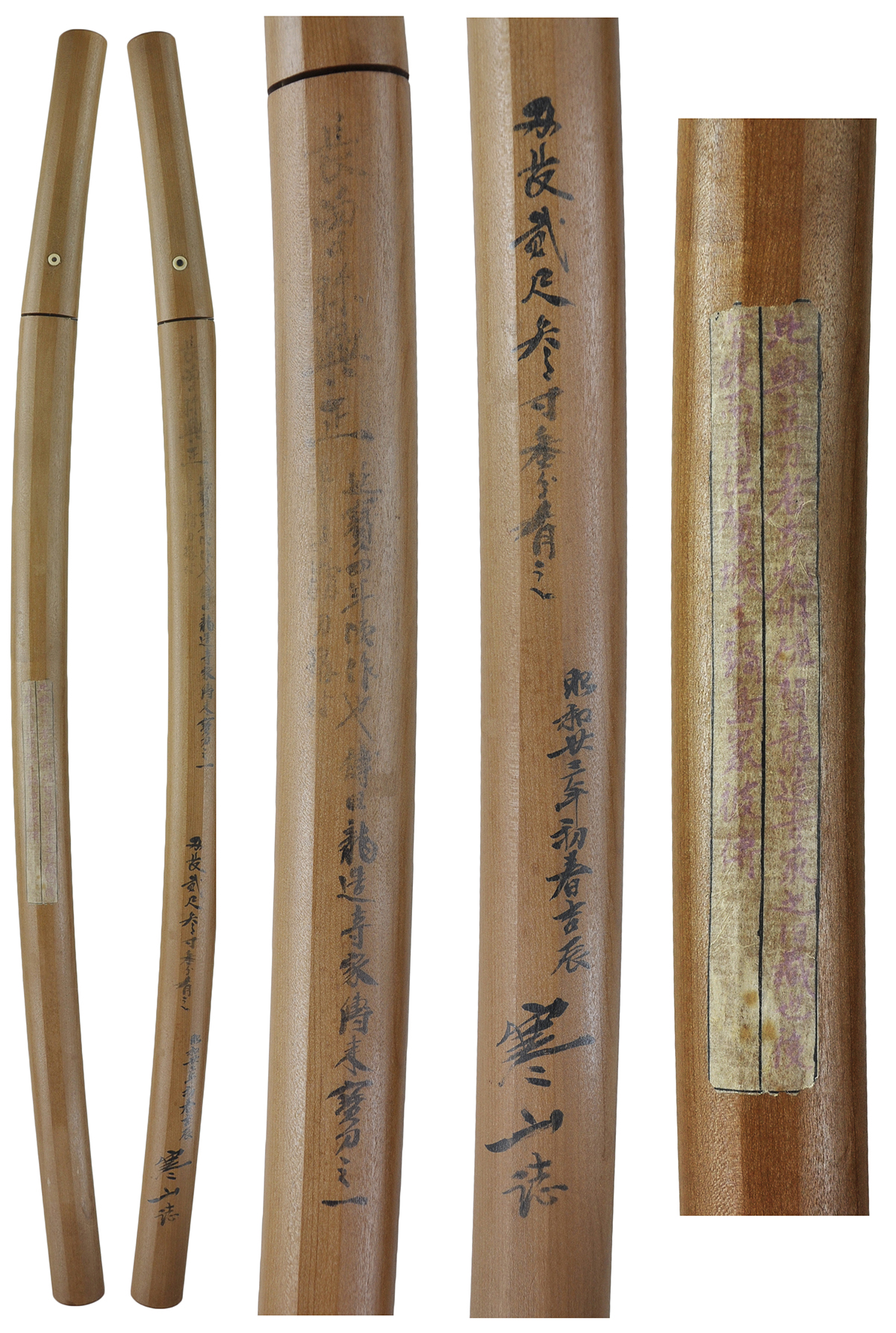 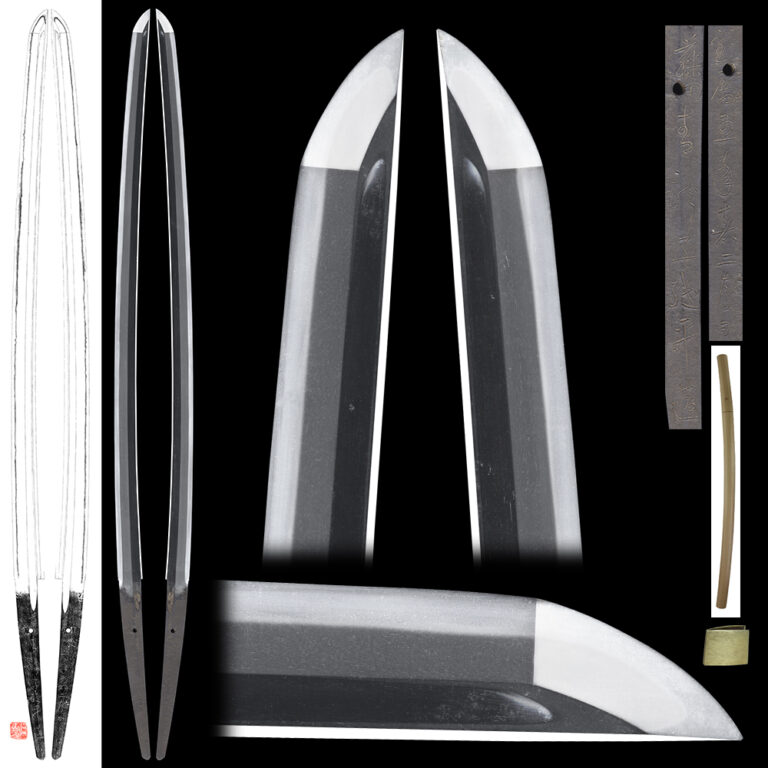