Shinshinto : Jyojyosaku : Musashi
The blade was polished.
Blade length : 68 cm or 26.77 inches.
Sori : 0.6 cm or 0.24 inches.
Mekugi : 1
Width at the hamachi : 2.74 cm or 1.07 inches.
Width at the Kissaki : 2.05 cm or 0.80 inches.
Kasane : 0.63 cm or 0.24 inches.
Weight of only blade : 630g
Era : Late Edo period.
Shape : It is normal width and thickness with shallow sori. It is long kissaki katana.
Jitetsu : Koitame hada well grained with jinie attached. It is clear jigane.
Hamon : Consisted in konie, it is well grained in nioi style.
It is gunome midare with mixture of choji midare with soft ashi well attacehd.
There is sunagashi and kinsuji works. Boushi is midarekomi style with some sharp end.

Special feature : Kurihara Nobuhide is famous for sword smith of Kiyomaro school.
At Edo Bunka 12th year, he was born in Echigo and has moved to Edo via Kyoto.
He has been successful as the student of Kiyomaro.
Originally he has engraved excellent sculpture as kagami-shi or mirror crafting and has made
Later on at Kaei 6th year, he has moved to Uraga and has made Uraga swords. At Keio first year he has received the post of Chikuzen no kami.
Despite the fact that he was a Kiyomaro student for short term, it is thrilling to see the high skills that he has obtained during that time.
Nobuhide, the first on the listhead of Kiyomaro school, was said to be rich and he was more like a helper of Kiyomaro rather than a student and mentor.
While Kiyomaro has never done toshin-bori(engraved on the blade), Nobuhide who was a mirror craftmna used his skills to make several swords.
The One of his famous piece would be the sacred mirror made in Yahiko Shrine.
On the blade it is written hori do-saku.
This sword is made as Uraga uchi piece with nice jigane.
The nioiguchi is deep with choji midare with bright and gorgeous ha.
Please consider this masterpiece Nobuhide of Kiyomaro school. 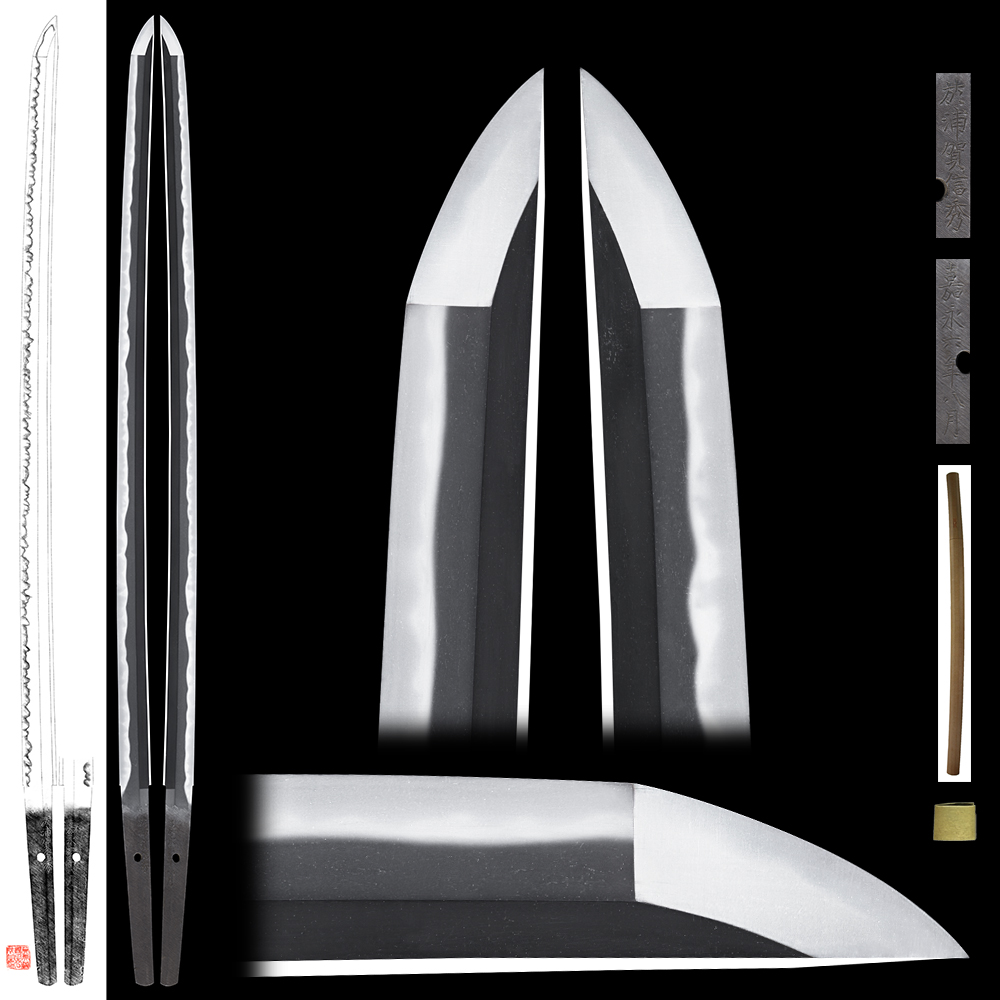 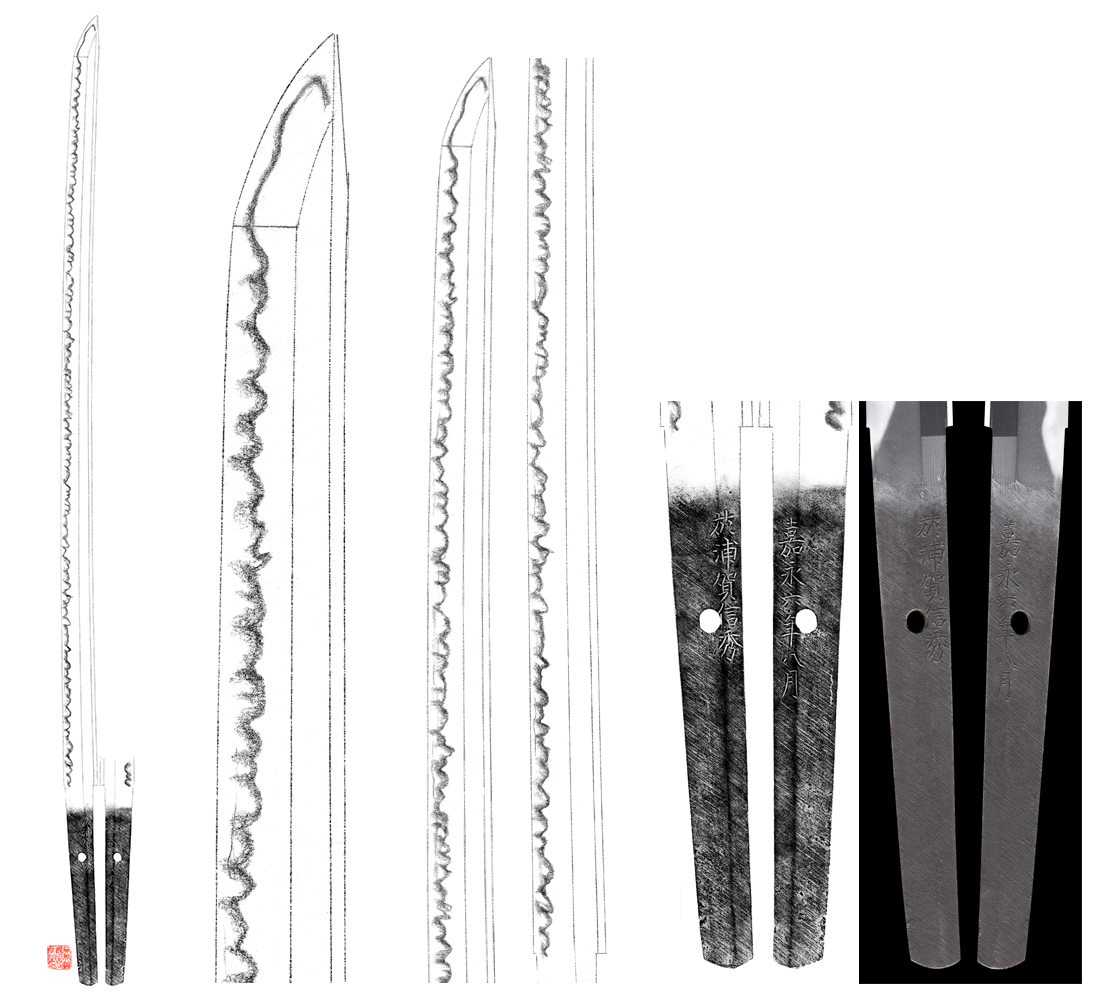