Shinto:Jyosaku: Wazamono: Musashi
The blade was polished.
Blade length : 71.0 cm or 27.95inches.
Sori : 1cm or 0.39inches.
Mekugi : 2
Width at the hamachi : 2.78cm or 1.09inches.
Width at the Kissaki : 2.02cm or 0.8inches.
Kasane : 0.74cm or 0.29inches.
Era : Edo period Kanbun.
Shape : It is Suriage Machiokuchi(cut shorten) with regular width
but much thickness. It is shallow shape kanbun shinto katana.
Jitetsu :Koitame hada well grained with jinie attached.
Hamon : Nie Deki with deep nioiguchi .
It is suguha style gunome midare with nice and deep nioiguchi.
There is sunagashi and fine kinsuji works. It is bright ha.

Special feature : Oumi no kami Hojyoji Tachibana Masahiro was called
by his sir name Takigawa. He was originally from Tanma. Later on he has moved to Edo period and flourished much.
There are two generation of same signature Masahiro. Both has received the post of Oumi no kami.
The first generation has engraved era name Shouou, Manji and Kanbun. The second generation engraved Enpo and Ganroku.
This piece signature if second generation. The structure is similar to Nagasone Kotetsu
and there are many cutting test gold inlay piece. Hojyoji school had much contact with Kotetsu school.
Masahiro had sword smith such as Sadakuni, Kunimasa, Masahiro, Masanori
and Masatsugu under him which resulted in making a huge group of sword smith. He was the most skill full of the Edo Hojyoshi school and has brought up many students. 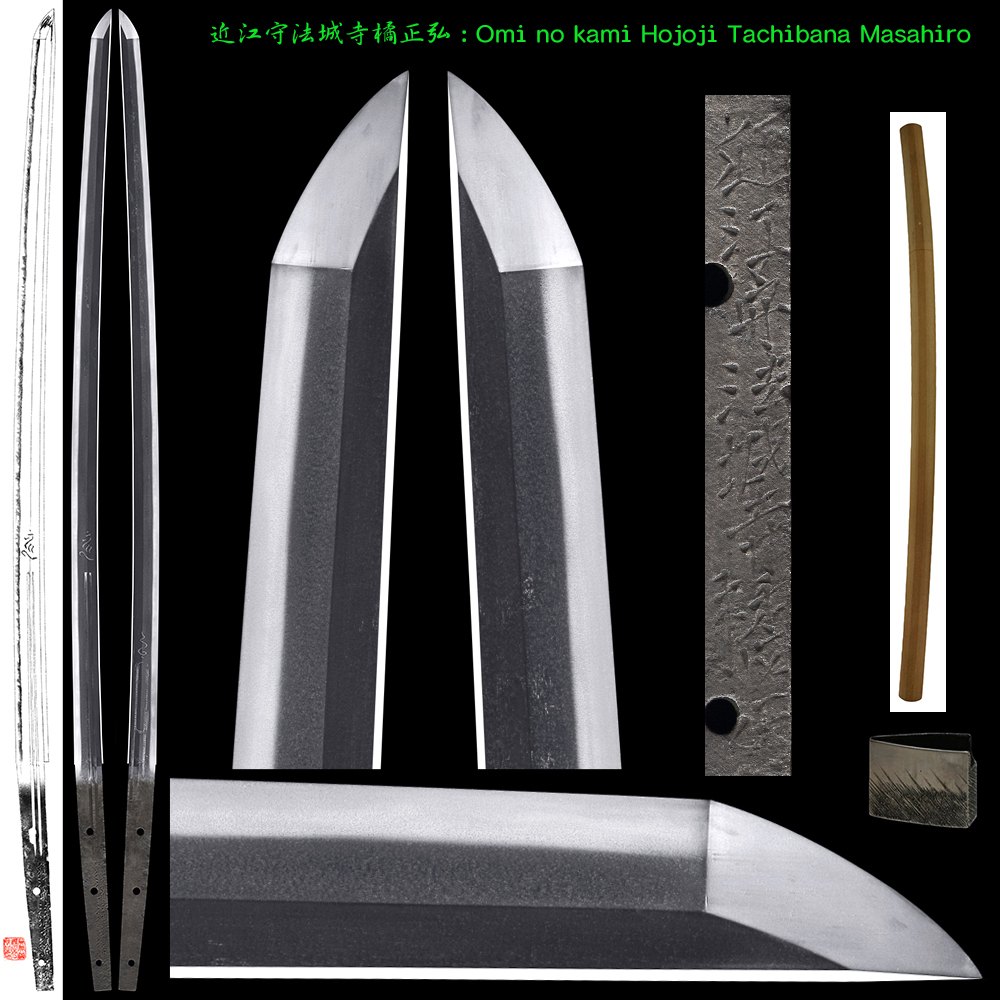 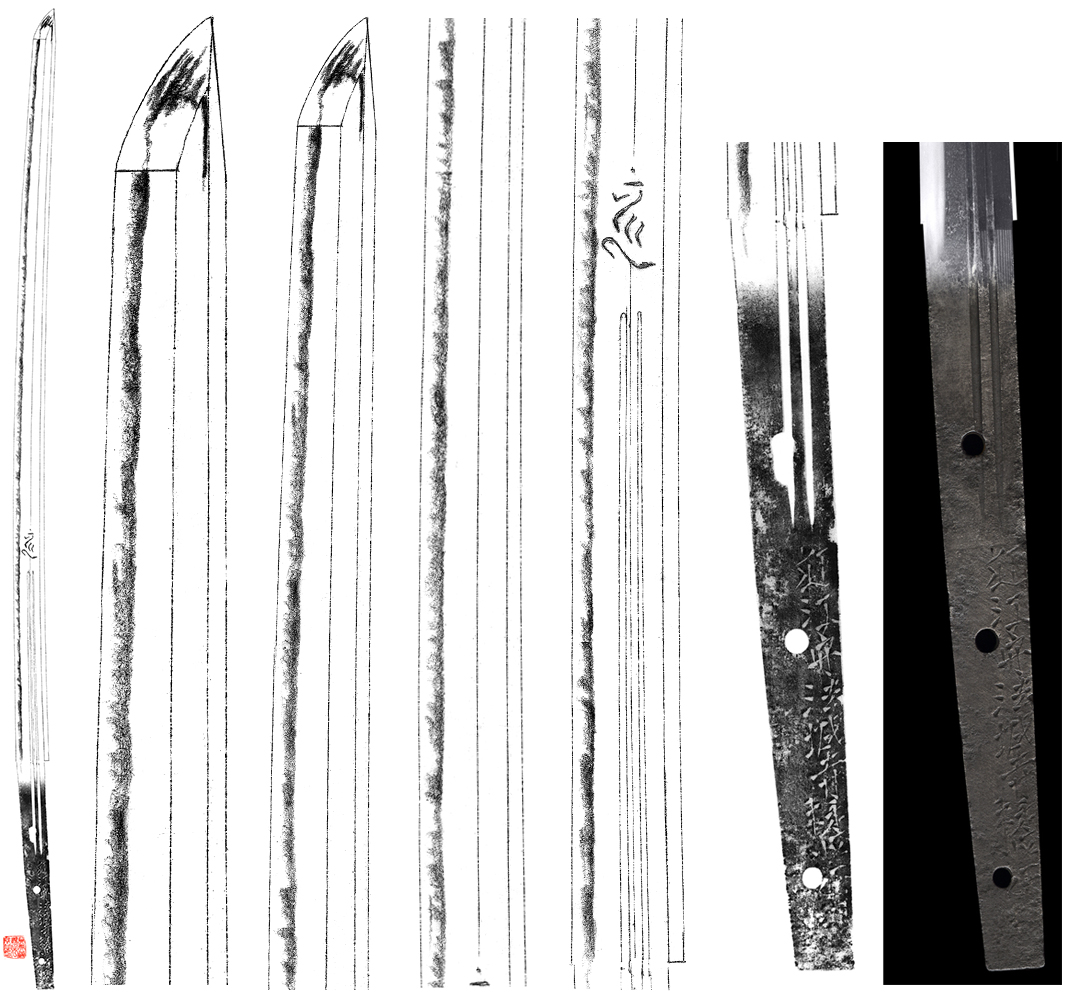