Special feature : Kiyondo was a student of the great Koyomaro.
He was born at Bunsei 10th(1827) year. After that he moved to Edo and
became a student of the Koyomarro but unfortunately he was killed by himself.
self-slaughtered（harakiri). He was asked making swords from many customers.
After that Kiyondo accepted whole jobs and made swords for his master.
He sincerely tried to understand the problem of debt of his master
even though just only for 2 years student.
He traveled to his hometown Shonai some time and influenced
a lot from Kunikane Masame hada.
He made some Masame style hada which is very nice elegant swords.
This blade is Kiyomaro Utsushi.
The Hamon of Kissaki part, Jigane and deep Nie are so wonderful.
It is rare that signature as “Saito Buzen Kami…” And this kind of blade is few.
He passed away on 3rd October 1901 at age of 75. 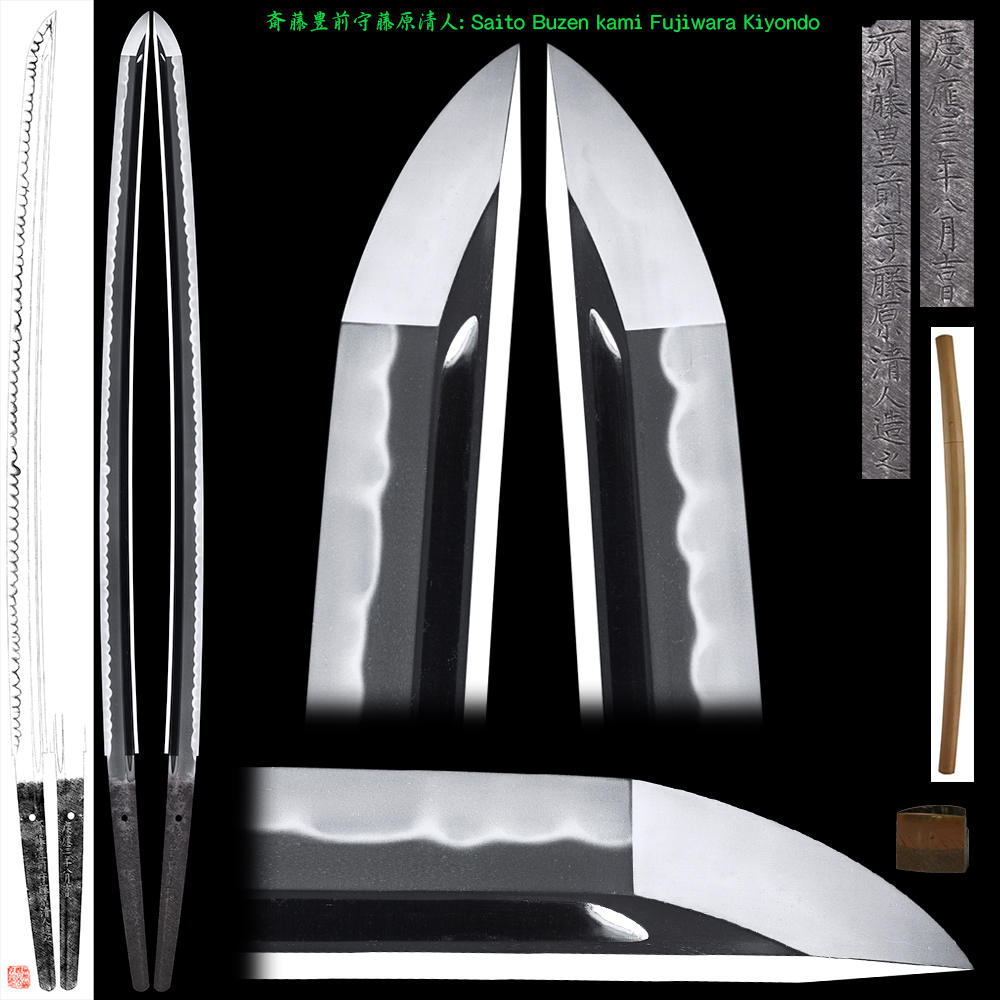 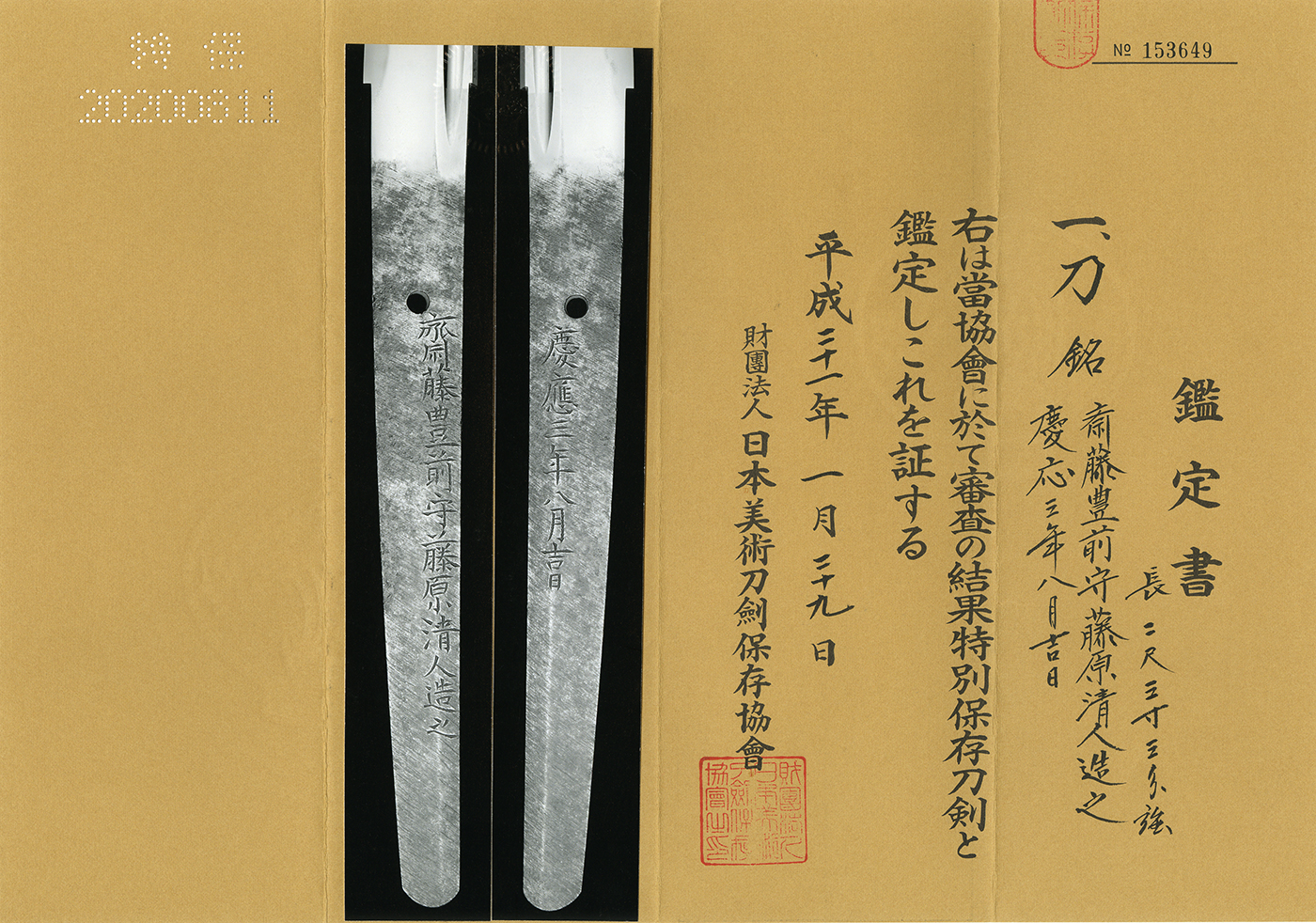