Special feature : There are first and second generation in Tsuda Echizen Kami Sukehiro.
This work is of second generation. The first generation was also known as “Soboro Sukehiro”.
He was the master of Choji Midare with wonderful Utsuri listing in the blade.
He is still high value sword smith today.
Becoming the adopted son of the first generation, the Second generation has successfully brought down the style of his father.
His traits has gradually become O-Gunome Midare with deep Nioiguchi.
His work was widely known as “Kakutsuda” signature which was again highly valued at that time.
Before Enpo period or late Kanbun period he has signed in Sosho(sanscrit) character where as
during the Enpo period he has signed the signature with Sosho character at the back.
At that time, Inoue Shinkai and Sukehiro were the most famous sword smith of Osaka.
Both have been cooperative and has made two Gassaku(joint work) swords.
Both the two Katana were deep NIoiguchi Doranba excellent wrok .
This Katana was made in his most mature time.
It is deep Nioiguchi hamon which is generally described as Yuki no Muranie(snowflake like hamon) or a wripped Hosho-shi(traditional white uncreased Japanese paper).
This is referred to the soft hamon of the two blades.
The Doranba hamon has through strong influence to the sword fans which resulted other sword smith to imitate such katana.
Tadatsuna, the student of Sukenao, and other sword smith of Shinshinto era have been effected significantly and so as the Gendaito sword smithes.
The unsurpassable Sukehiro Doranba has been successfully been passed down to the Gendai swordsmith Kuroda and the JIgane and hamon is very good.
It is the first generation Ichimonji work. 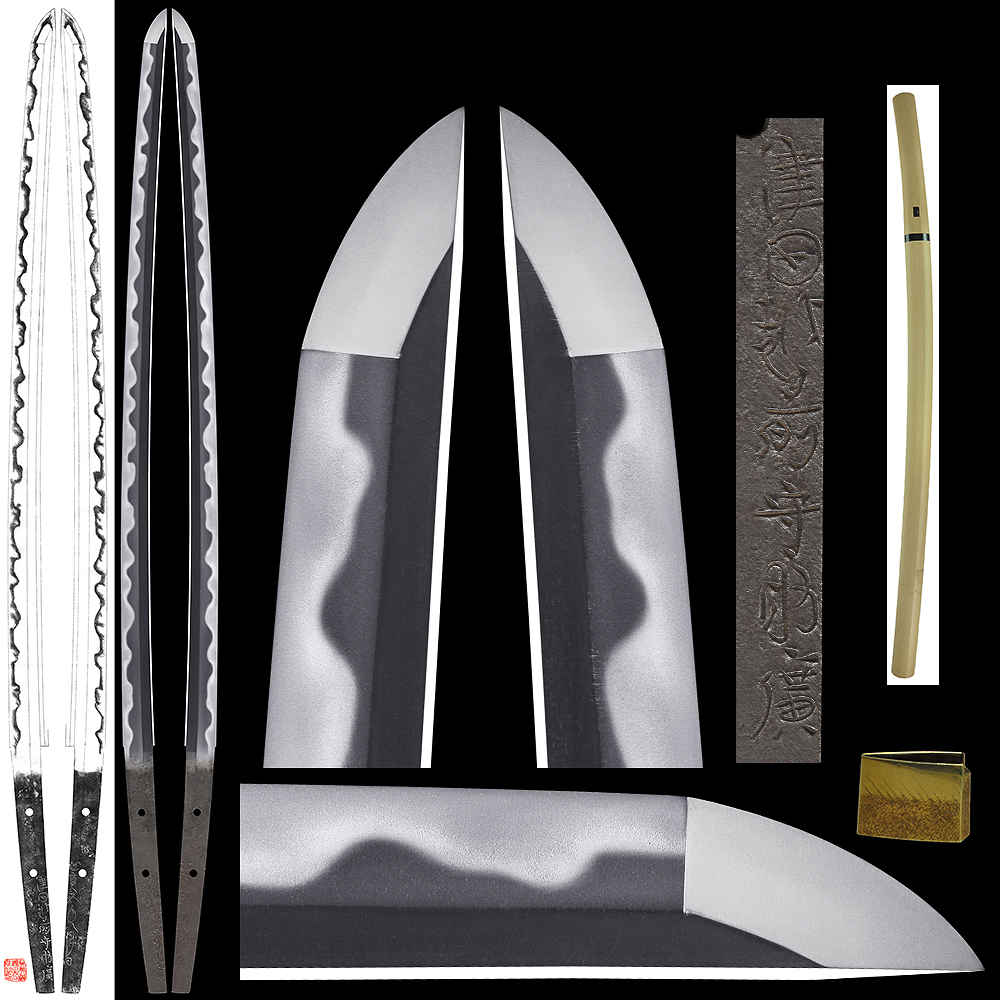 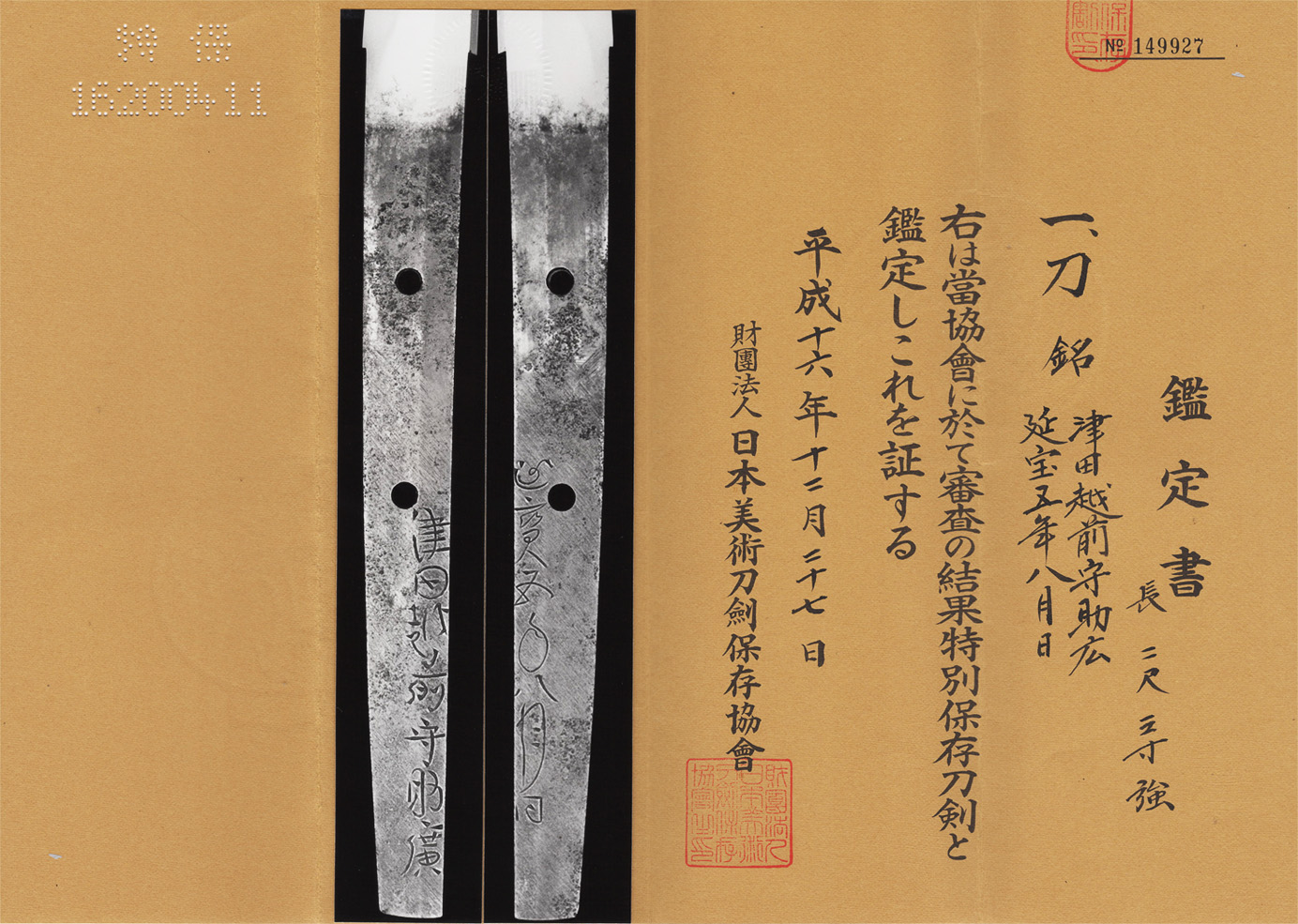 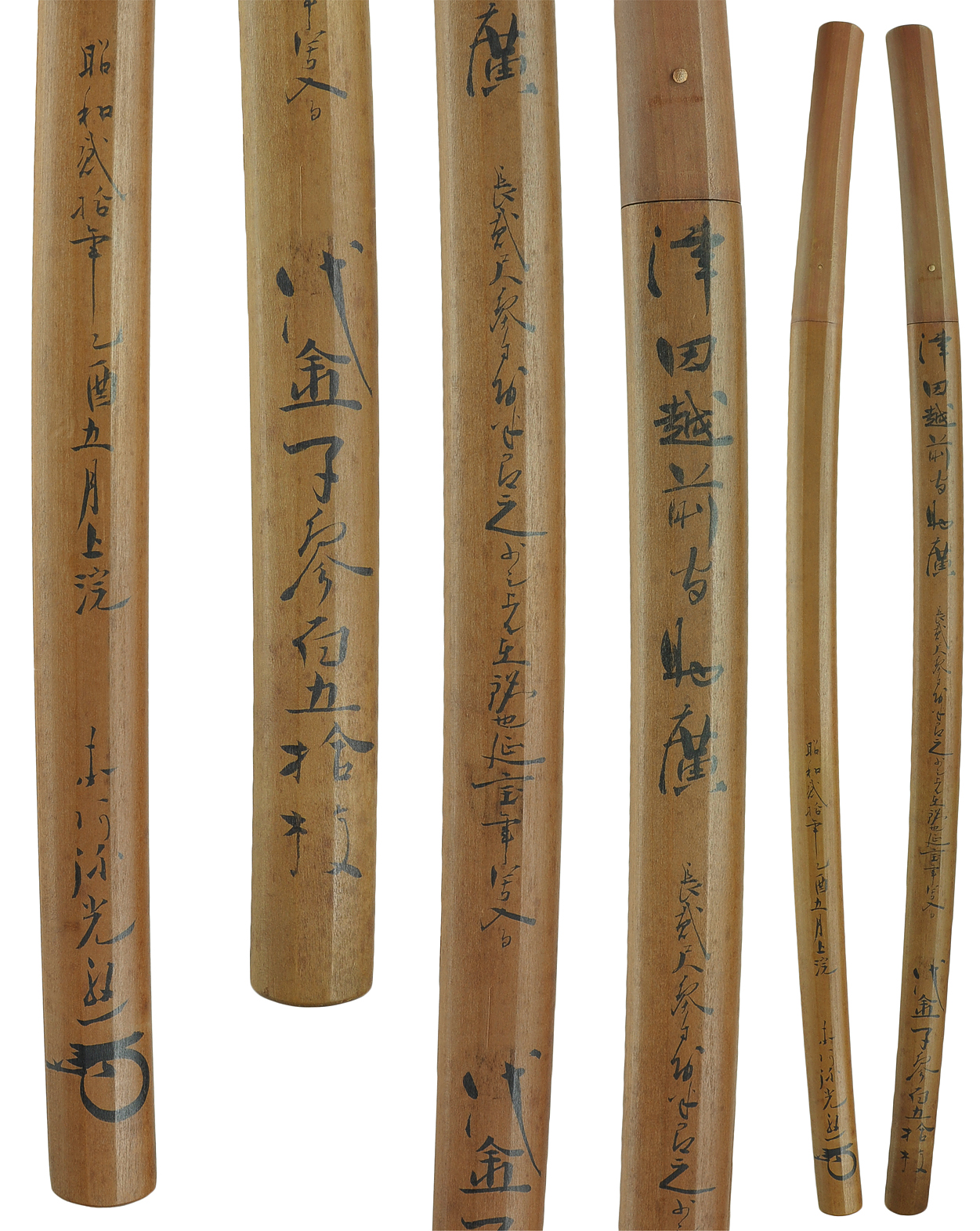