Special feature : Yaguwa Yasutake was a sword maker of Yasukuni to sword smith.
He was born at Meiji 42nd December 7th and after that he studied
at a student of the Ikeda Yasumitsu. He also made Yasukuni swords at the Yasukuni shrine.
But he left few swords only 30 pieces during his work at Yasukuni shrine.
After the war ended, he continued sword making with his old name Yasutake.
He got the title of the Muukansa at Showa 57th.
From that period he made many swords dousing his life.
He passed away Showa 58 September 15th age 73 years.
This blade is very thick and is tough looking nice katana.
The sword has needle points in Ha and Jigane but not serious.
probably the blade will be polish away after polish again.
Anyway Yasutake belonged to Yasukuni shrine sword maker and became Mukansa sword maker after the war. 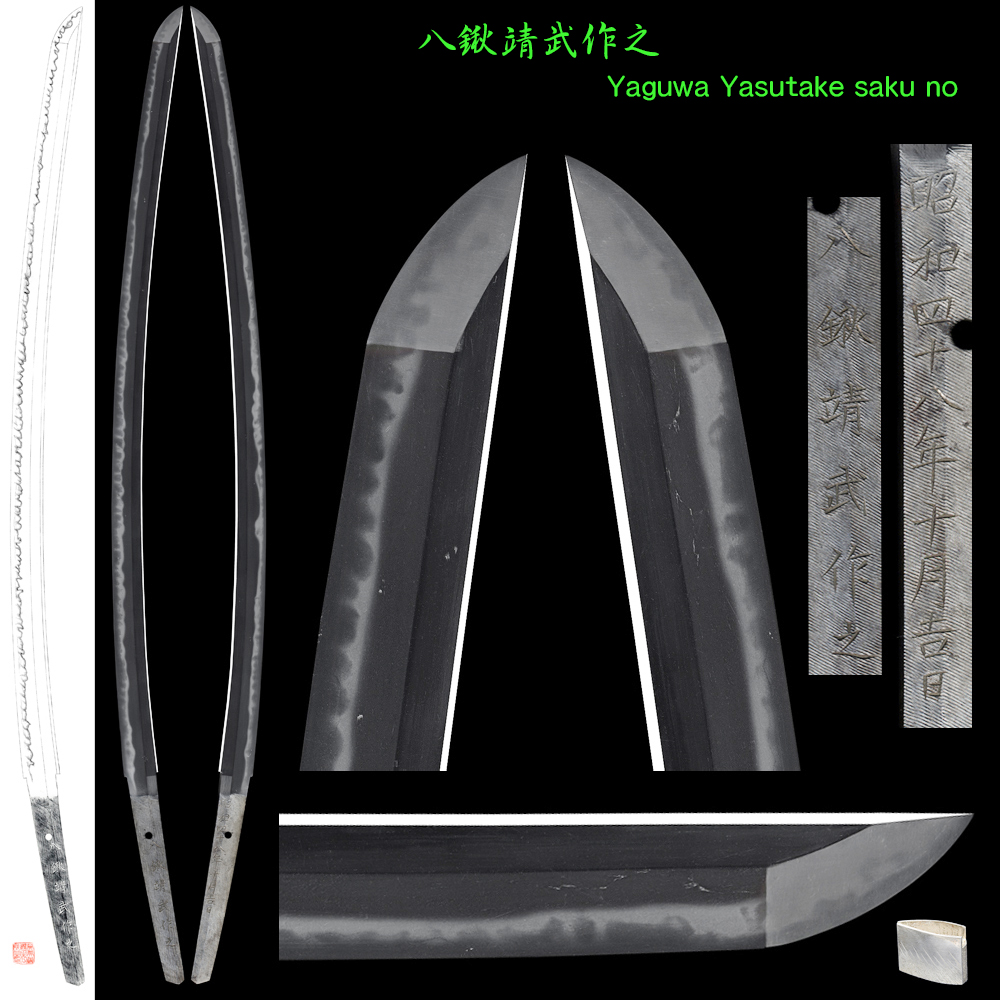 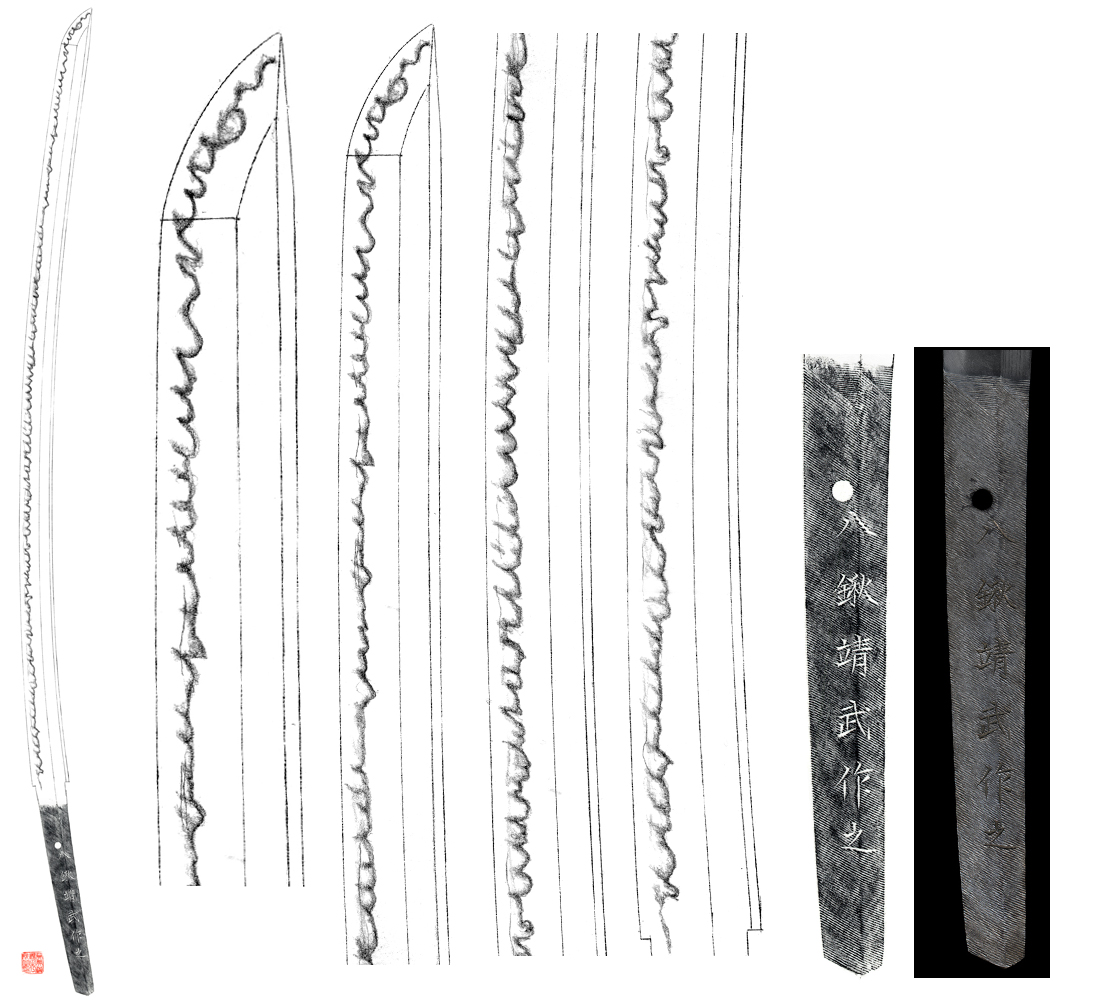