Special feature : Mihara school had been prospered from late Kamakura
to late Muromachi period in Bingo province present Okayama prefecture.
The representative swordsmiths were Masaie and Masahiro.
Especially the works of last Kamakura period to Namboku-cho period
are called Ko-Mihara, and are distinguished from the later period.
Rising above the times, the school had been influenced by the Yamato School.
There had been many shoen; manors in medieval Japan in Bingo
province ruled by the shrines and temples of Yamato province.
As the features of Mihara school, elegant suguha-hamon with slight
midare-ba and smooth Itame-hada.

On the surface, this blade looks like Aoe blade.
And this blade will change with polish.
There are little rust parts, but we will polish when you buy. 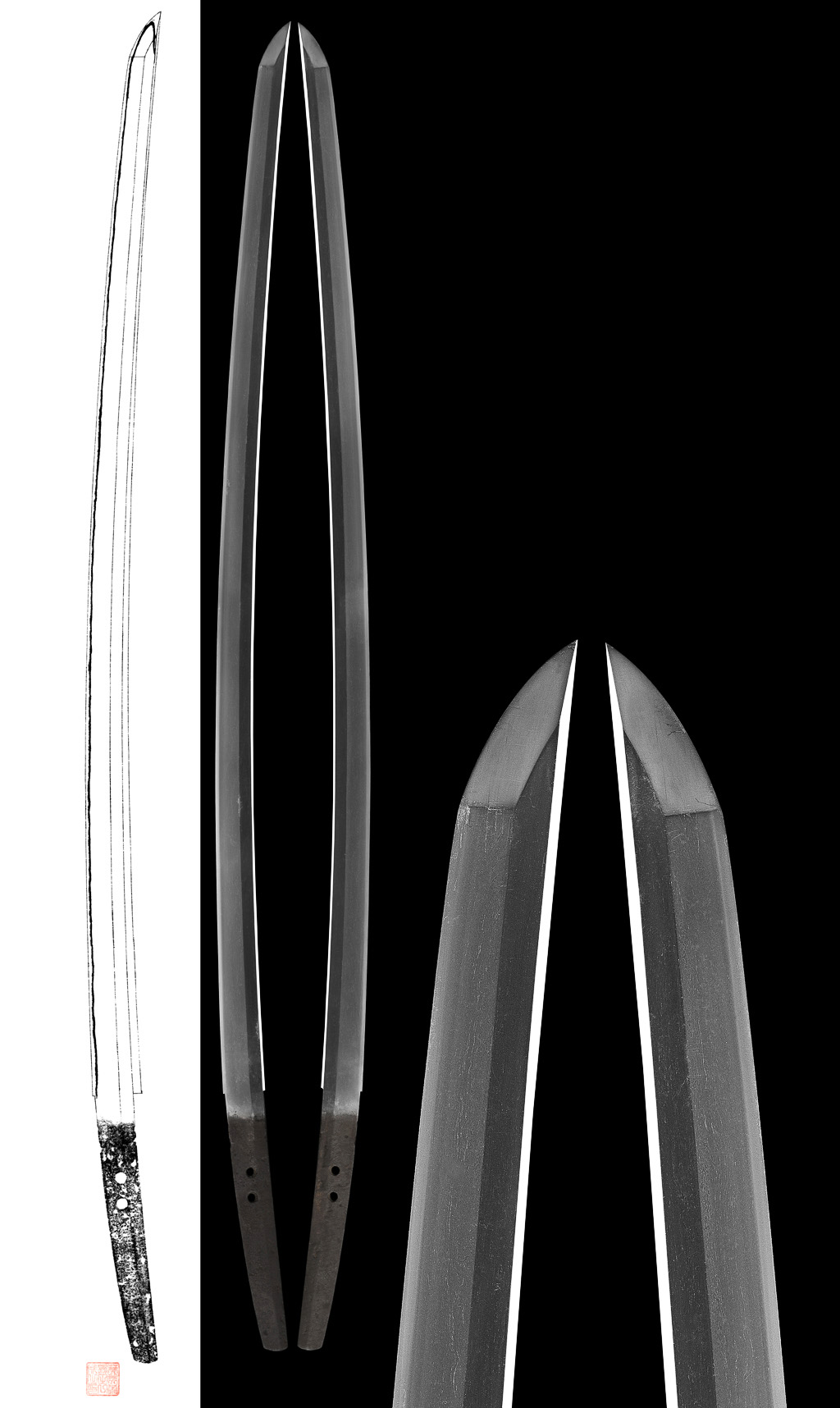