Special feature : Dewa Daijyo Fujiwara Kunimichi was Born around 1576 in Yamato province,
Kunimichi the First learned under Iga (No) Kami Kinmichi and Horikawa Kunihiro.
It is thought that Kunimichi was designated Dewa Daijo in 1614 to 1615.
His oldest dated work was in 1608 and the latest work was 1662.
Most of his swords show fascinating hamon with strong Nie and Nioi.
He was a high ranking student of the Kunihori and similar Jigane of his master.
After the Kunihiro passed away, he made his own style Jigane and Hamon.
Especially his swords looks like old Shizu style or Samonji style sosyu active wild hamon.
His Kissaki hamon is Misina style which looks like Kinmichi or masatoshi probably He studied under these sword makers.
At sword judge, check the Kissaki hamon, it is easier to judge Kunimichi.
Anyway because of his long life, he left many swords during his life.
But many sword collectors want Sosyu style his sword, recently it is hard to obtain his well quality swords.
At NBTHK, about more than 60 Kunimichi swords became Jyu yo swords which maenad his swords are high reputate swords.
This sword is unusual shape long nakago like Naginata style. 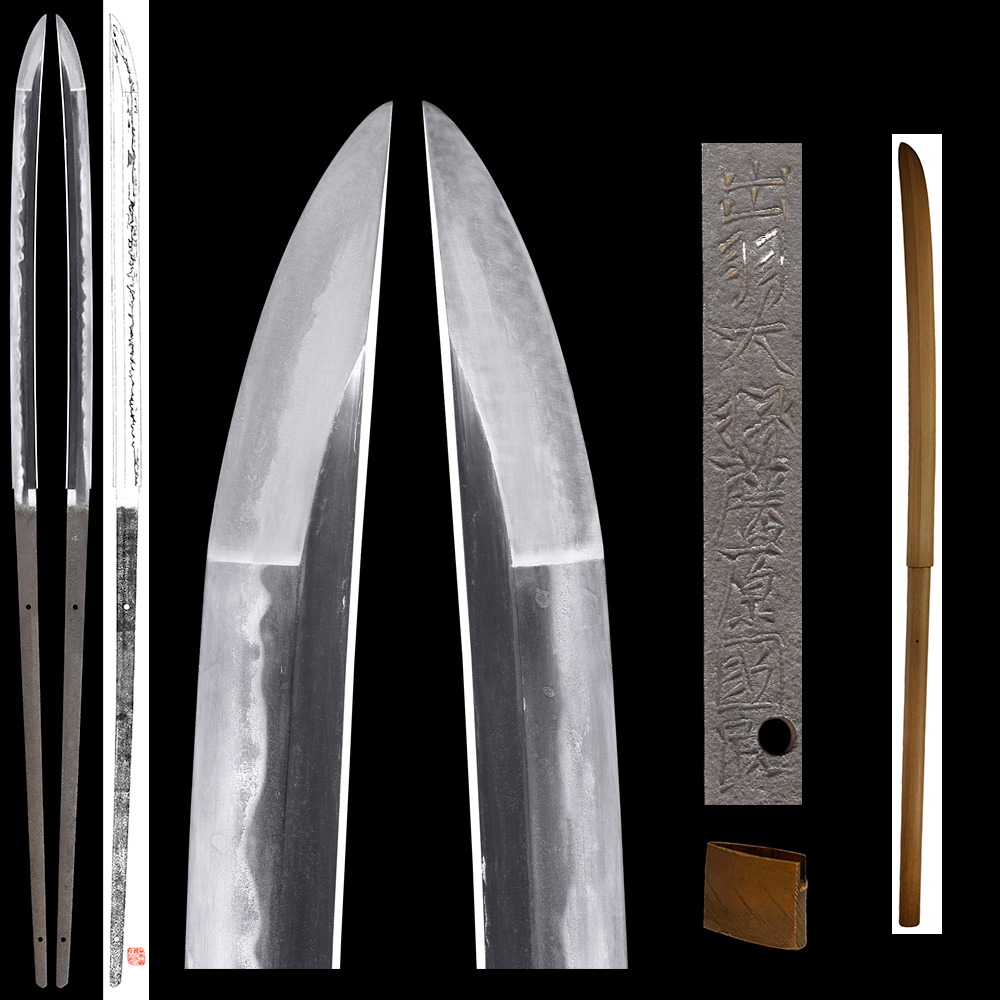 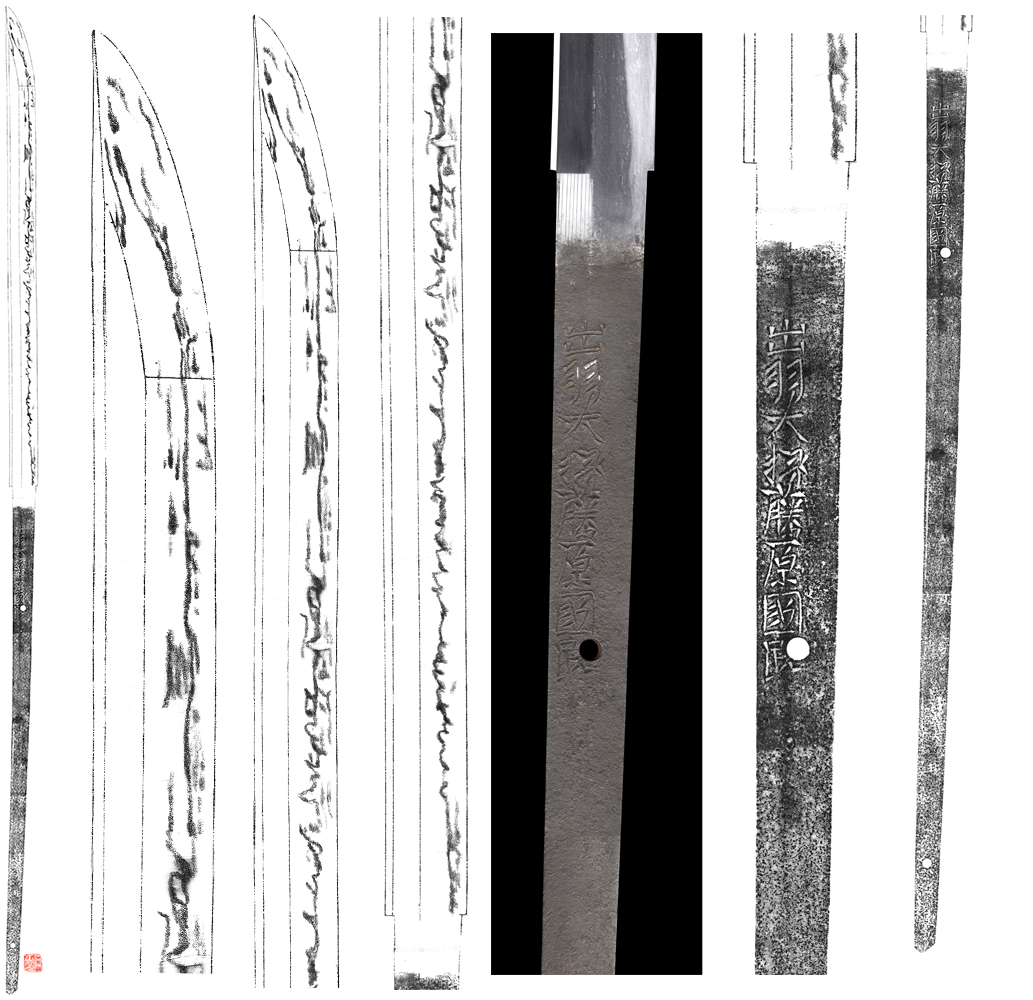 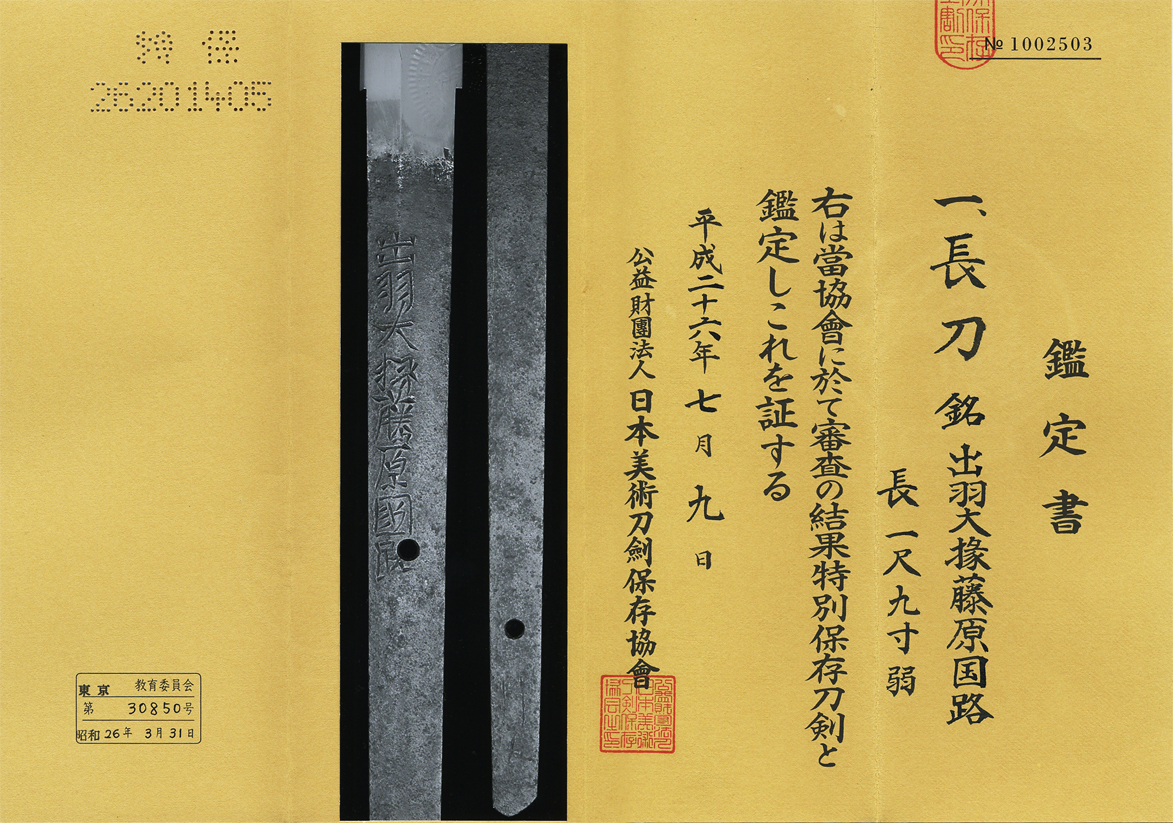