Historical background: 1543 Tenbun 12th some portages reached tiny island in southern part of Japan which is called Tanegashima island and saved by Japanese villagers and they presented a gun(matchlock ) for appreciation.
Japanese samurai were very surprised about the power of destructive cartridges and made as sama as this gun.
After only 30 years later Oda Nobunaga used 3000 these gun for the battle and got tremendous victory.

Koshirae : the dragonflies mating aikuchi koshirae.
From ancient period, dragonfly is a symbol of powerful insect which is valiant attack insect against enemy.
Samurai is always thinking his own life as same as powerful resolute and courageous dragonfly’s spirit.
They are seeking manly sense of honor view of life and death.
Fuchikashira :kojiri:kurikata:on the iron plate, a dragonfly is engraved.
Saya : On the black ishimeji saya doragon flies are engraved by Kagenuri style.
Menuki : On the iron plate, Kirimon family crest is engraved with gold color.
Kozuka : On the syakudo nanako plate, chicken is engraved with gold color.
Kogai:On the syakudo plate, a fan is engraved. 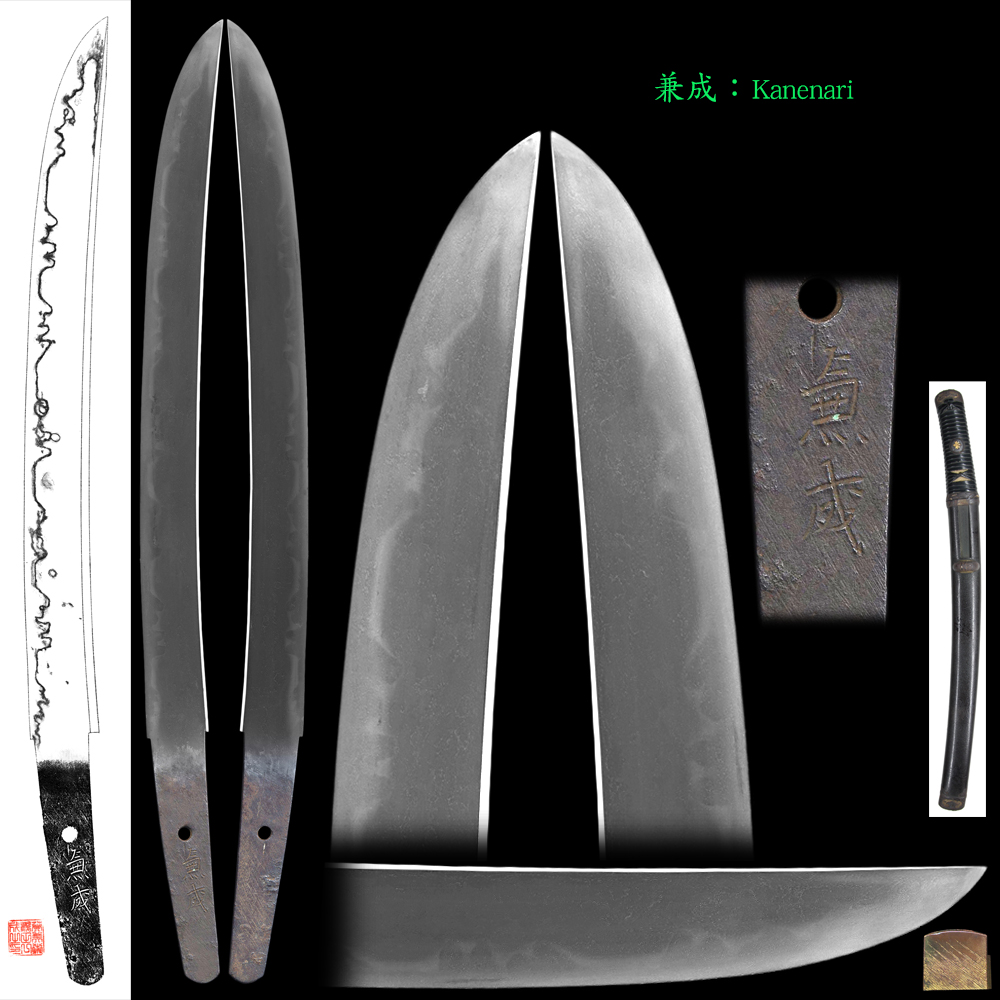 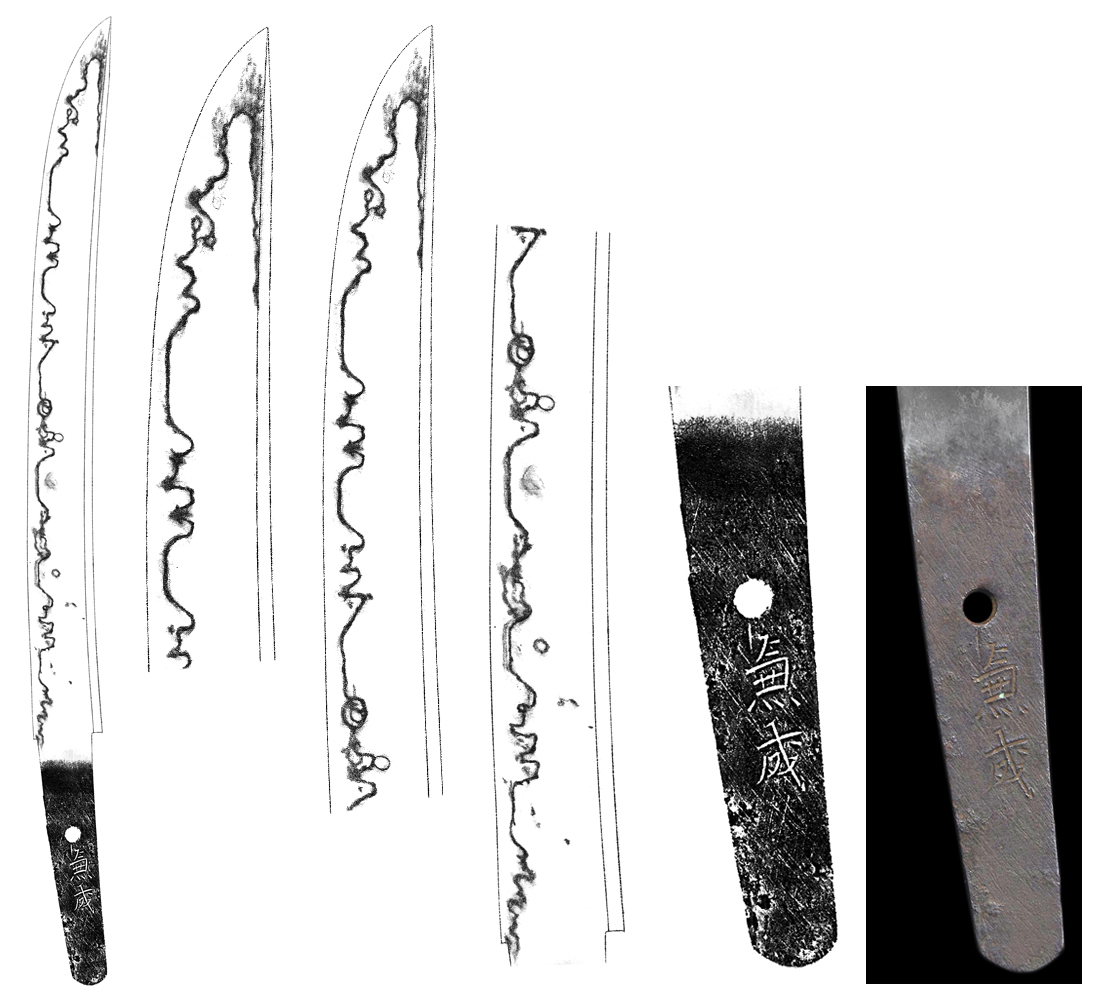