Special feature: Unsho, Unji and Unju lived and forged sword at Ukan in Bizen province.
From the same First Chinese character used their signatures, they are called Un-rui,
means in the category of Un. They are also called Ukan school
from the neme of a place they lived.
One theory holds that Unji was a son of Unsho.
Three dated swords of Unji forged in the Showa era (1312-) ,
Bunpo era (1317-) and Kenmu era (1334-) still survive
and they make clear the period of his activity.
There are several different points on the workmanship of Un-rui among
the swordsmith schools in Osafune province at that time intermixing
Yamashiro style in Bizen-den and influenced
by the neighboring Aoe school in Bishu porvince, was truly unique.
This katana is an outstanding one judged as Unji.
It shows striking features as the above-mentioned,
keeps good condition and there are many points worthy of appreciation. 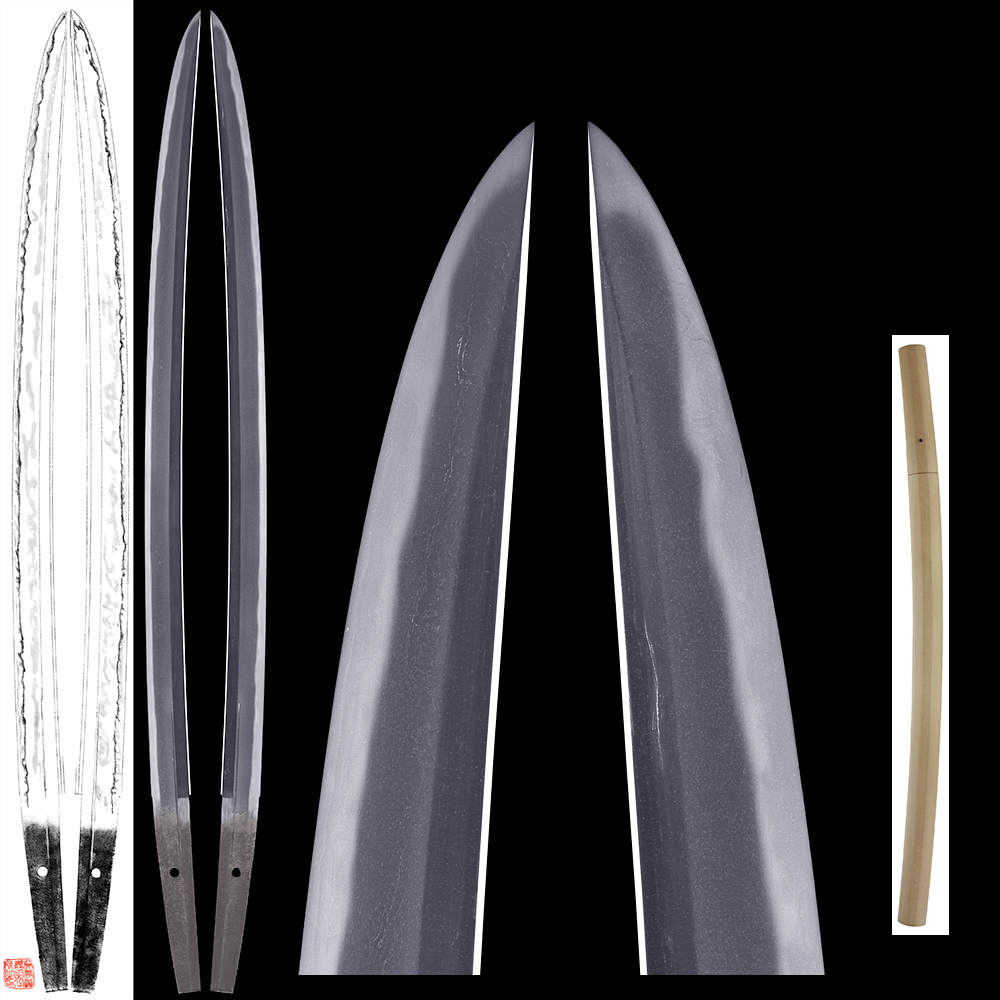 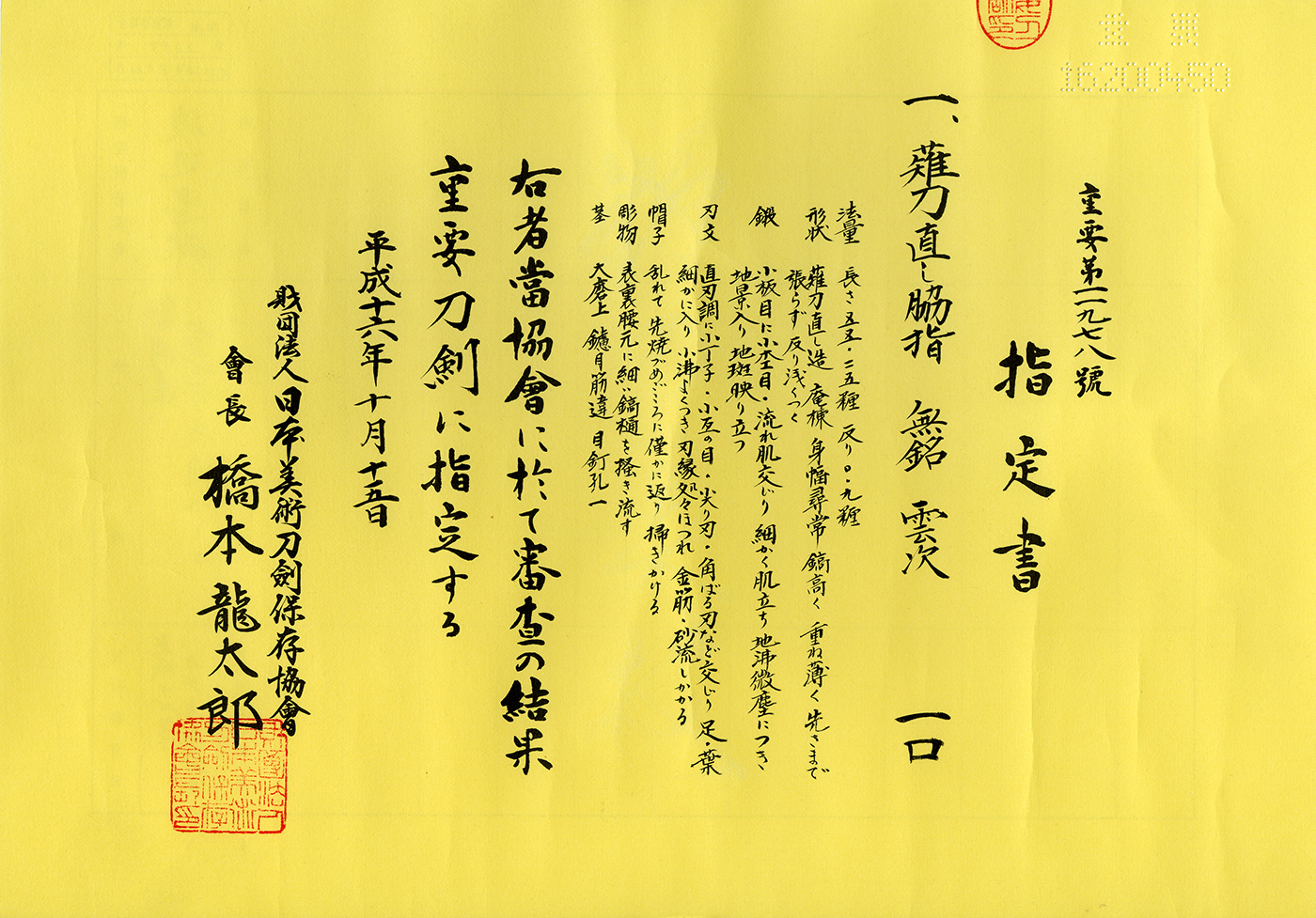 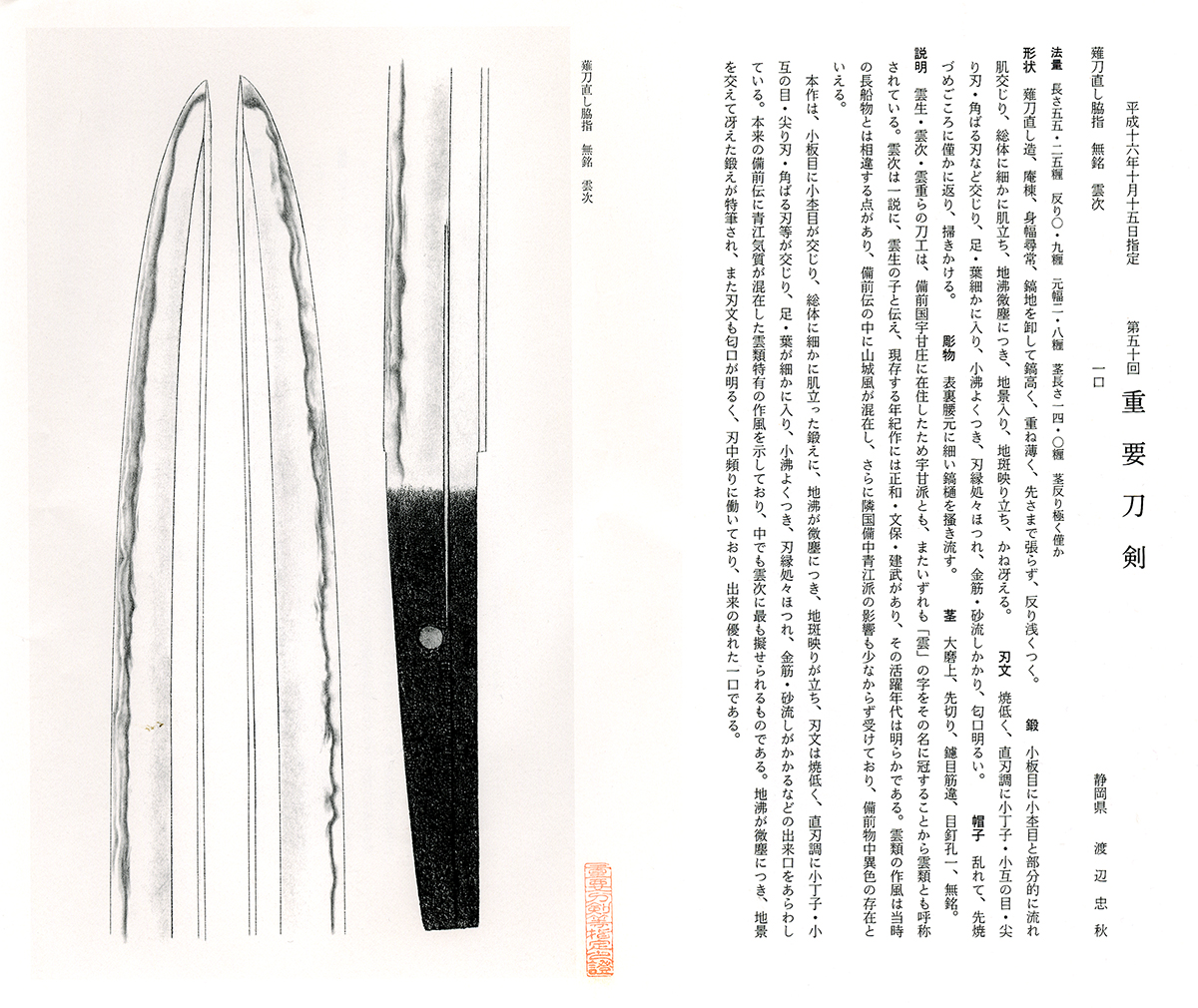