Special feature : Sumitani Masamine, born Sumitani Yoichiro in 1921 was a swordsmith in Ishikawa pref.
Major in mechanical engineering and graduated from Ritsumeikan university in Kyoto,
he entered the researce institute of Japanese sword on the campus
in 1941 and learned under Sakurai Masayuki,
the Second son of a famous swordsmith Sakurai Masatsugu.
After that he moved to Onomichi city in Hiroshima pref.
And learned forging and polishing sword at Kokoku Nihonto Tanren-Jo
with his sworn brother Yokota Masamitsu.
In the postwar Japan, Masamine set up his own smithy named Sanryutei in 1956 and studied Bizen-den.
He forged special swords to dedicate the Ise-jingu shrine.
He became a Mukansa-tosho and a judge of the annual sword-making competition held by NBTHK in 1966.
In pursuit of Bizen-den, he completed especially choji-midare hamon called Sumitani-Choji.
He also studied old iron manufacturing in Kamakura period and reproduced classical texture of jitetsu.
He has made sword of Royal family such as Princess Mako and the Crown Princess Masako.
Masamine was designated one of a preservers of Important Intangible Cultural Assets,
popularly known as Living National Treasures in 1981. He passed away in 1998.
Recently the price of high ranking modern sword makers including human national
treasure are becoming about 20% going up compare with a year ago.
This blade is polished by high ranking polisher and bright hamon arvelous high quality blade. 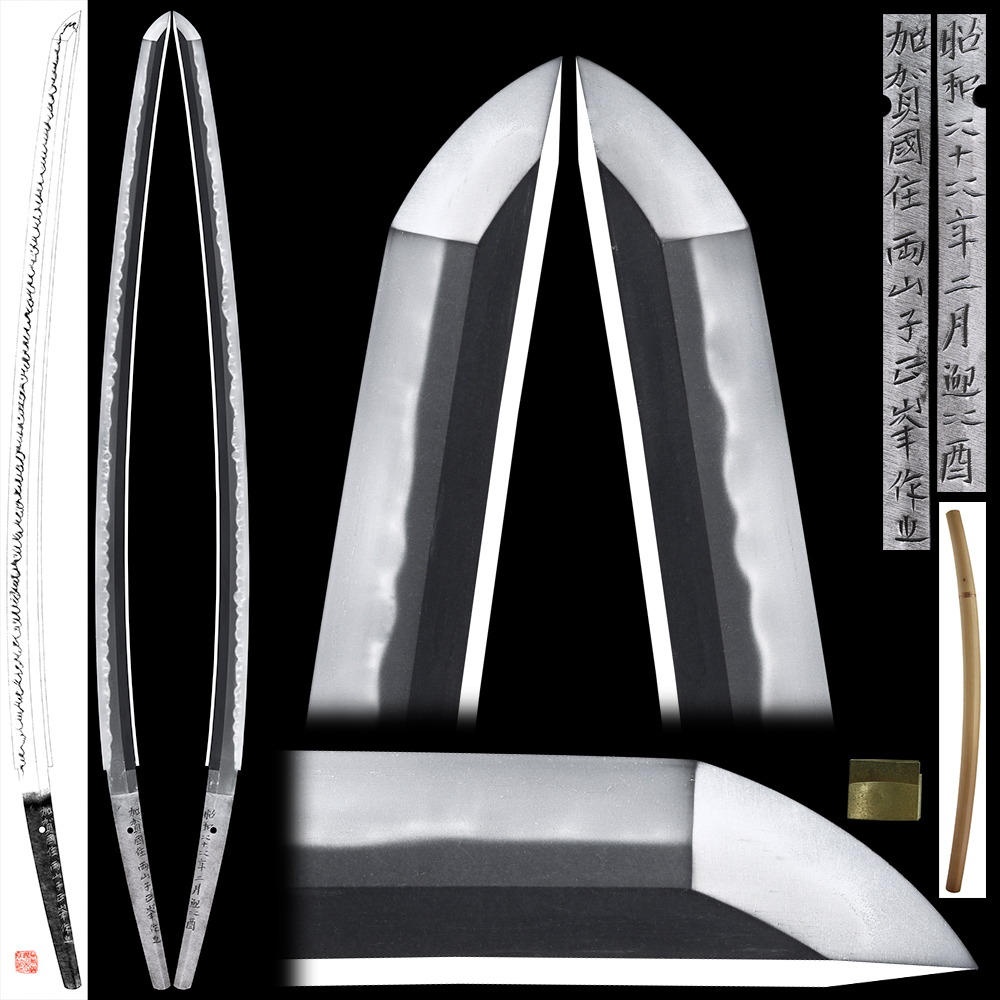 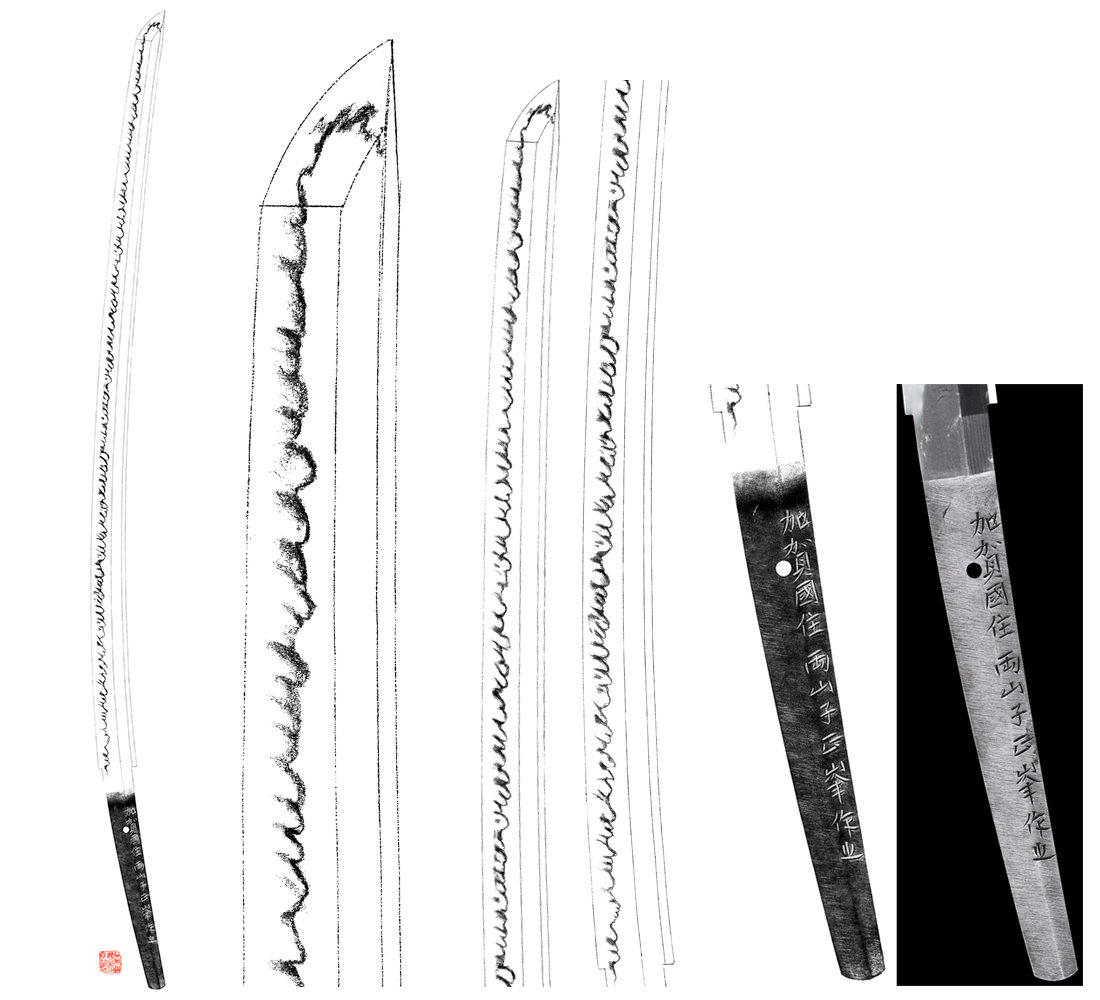 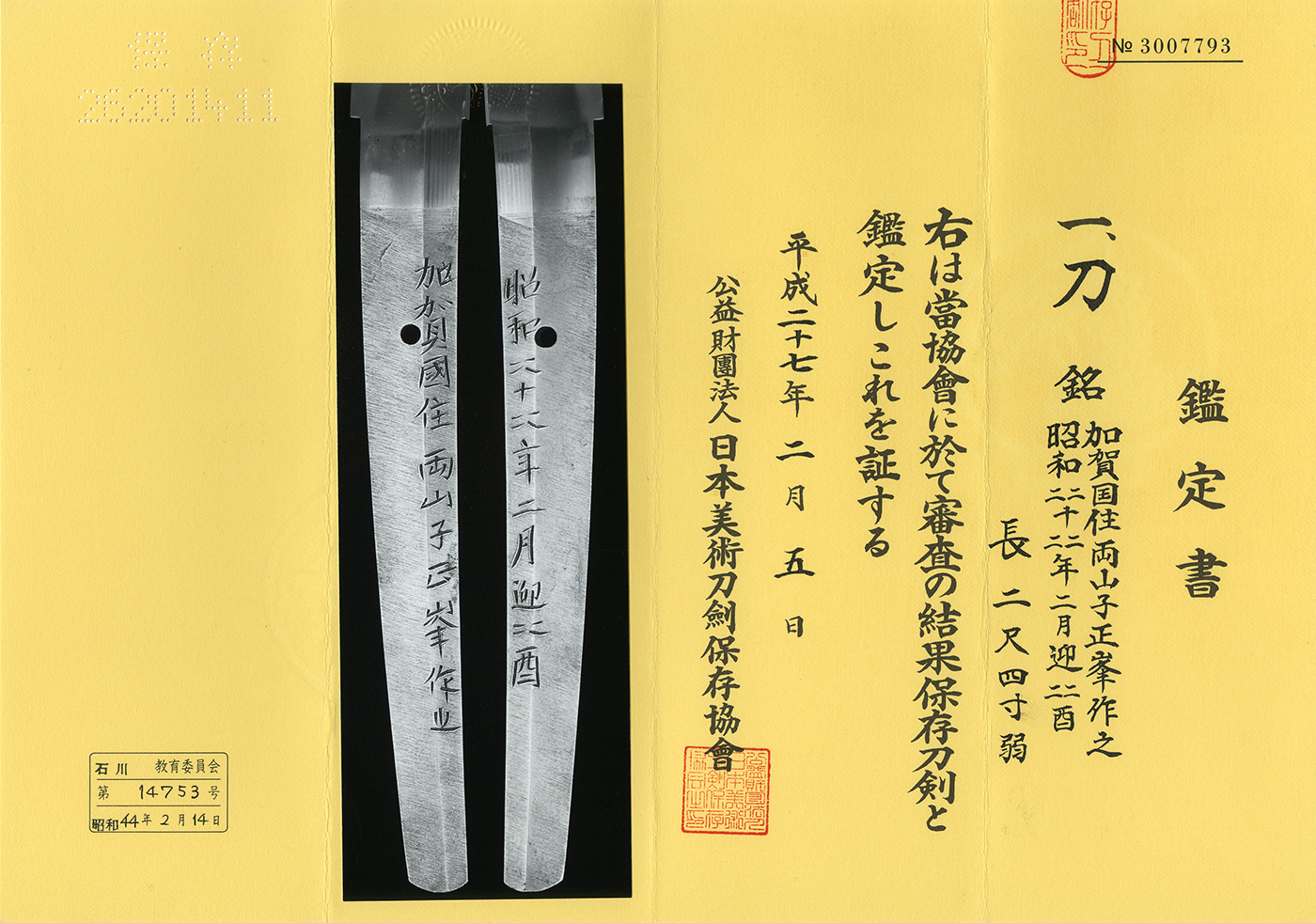