Special feature : He was born at Tango province and moved to Oosaka province
and became a student of the Hidari Mutsu.After that he became a son of the Mutsu Kami Kaneshige.
He and his son was under wings of Mizuno Daimyo family and mucked to Shinsyu Matsumoto province.
His signature is similar to his father Mutsu Kami Kaneshige cut the signature opposite way.
Also this blade is unusual way one side Mutu kami and on the back, Kaneshige.
The blade is wonderful willdish vivid Hamon.
We strangle recommend this sword for you. 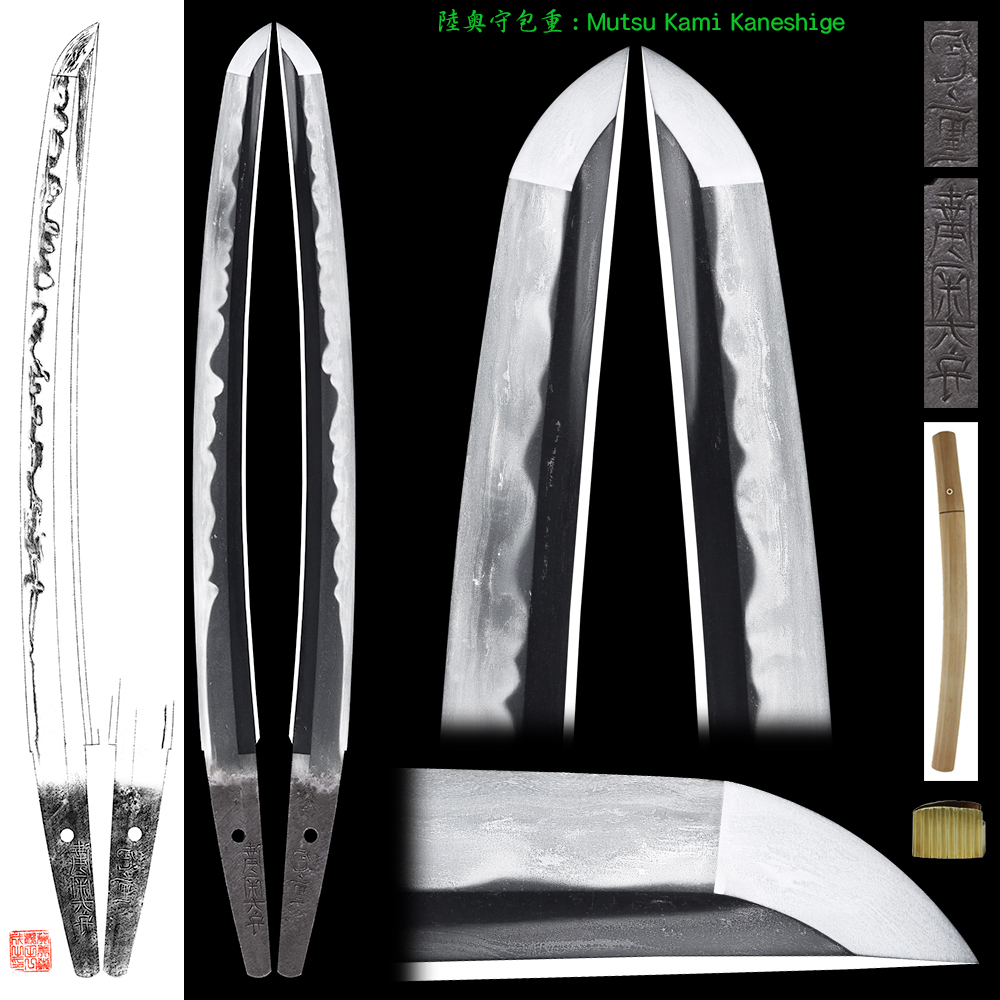 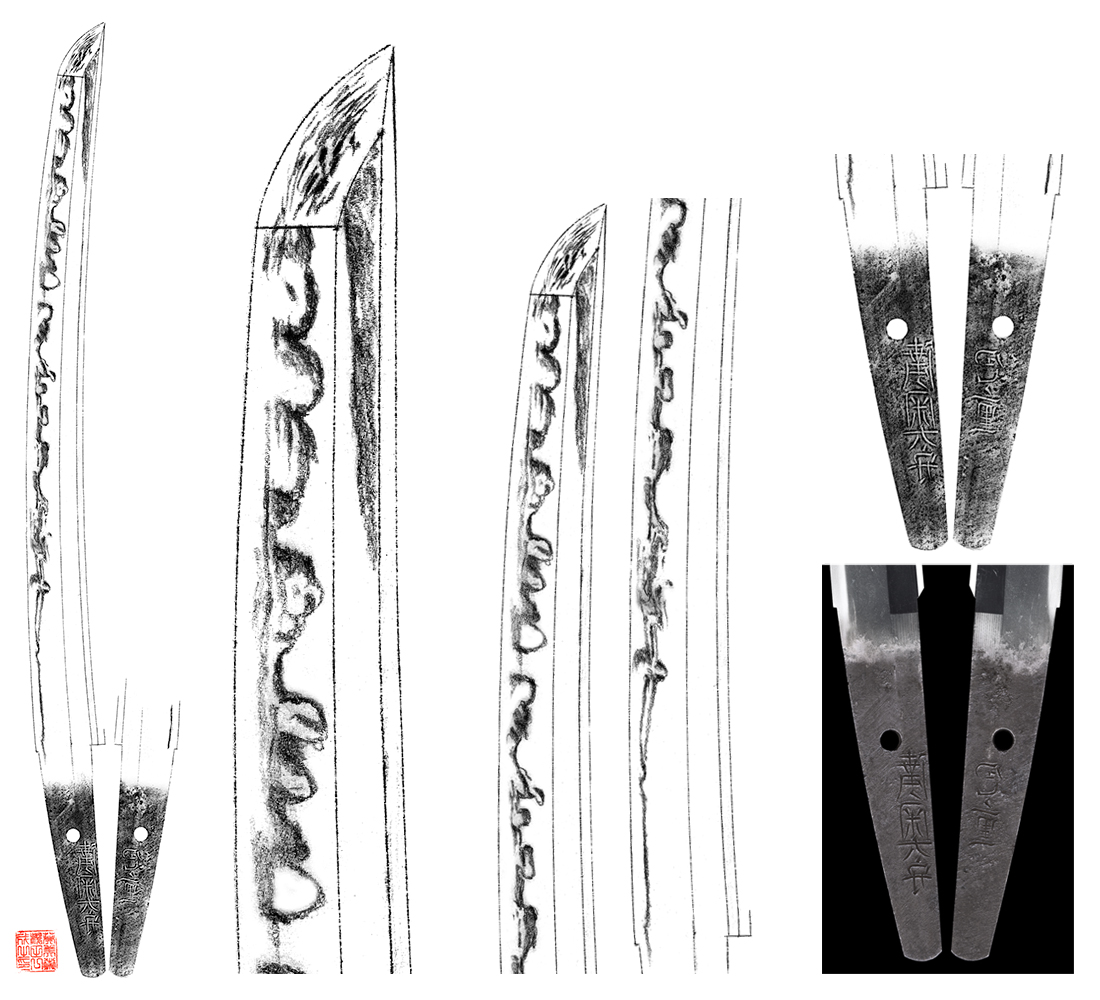