Special feature : Yamashiro no kami Fujiwara Kunikiyo was called Kichiemon.
He was born in Shinshu Matsumoto as the son of Shimada Sukemune.
Later on he becomes the student of KUnihiro and changed his name to Kunikiyo.
After moving to several other areas in the country, he has got the post of Yamashiro Daijyo and Yamashiro kami.
He is allowed to engrave chrysanthemum at the top of his signature.
The condition is good as his other blades.
Alike Tadahiro, the jigane is close to konuka hada(fine grained hada) with some dark steel the chikei work is actively put.
This blade is typical Kunikiyo piece and tachimei is engraved.
It is hard to distinguish those of first generation and second generation however, this piece
seems to be first generation signature.
It is wide and thick high rank katana. He has passed away in Keicho 2nd year at the age of 60.
He is said to be the master of suguha blades. He has several jigane with some nice chikei work.
It shows the unique Echizen characteristics. 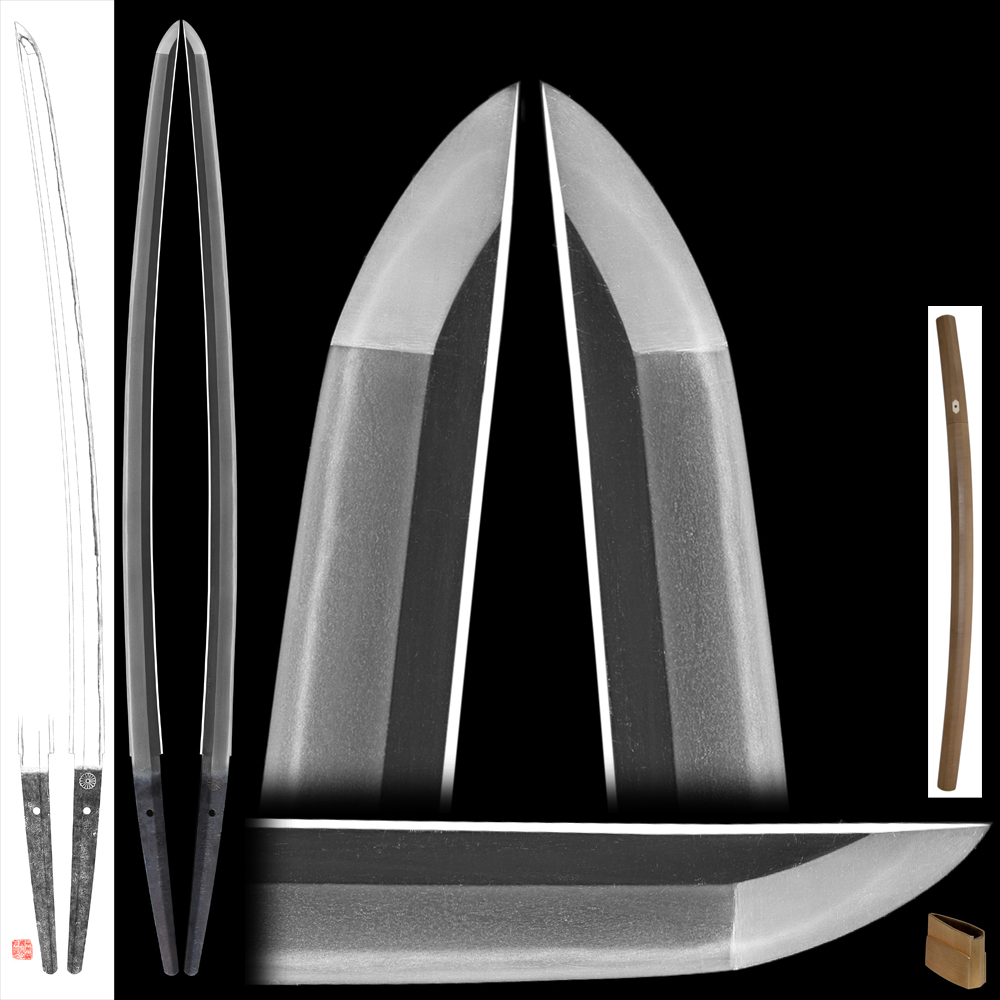 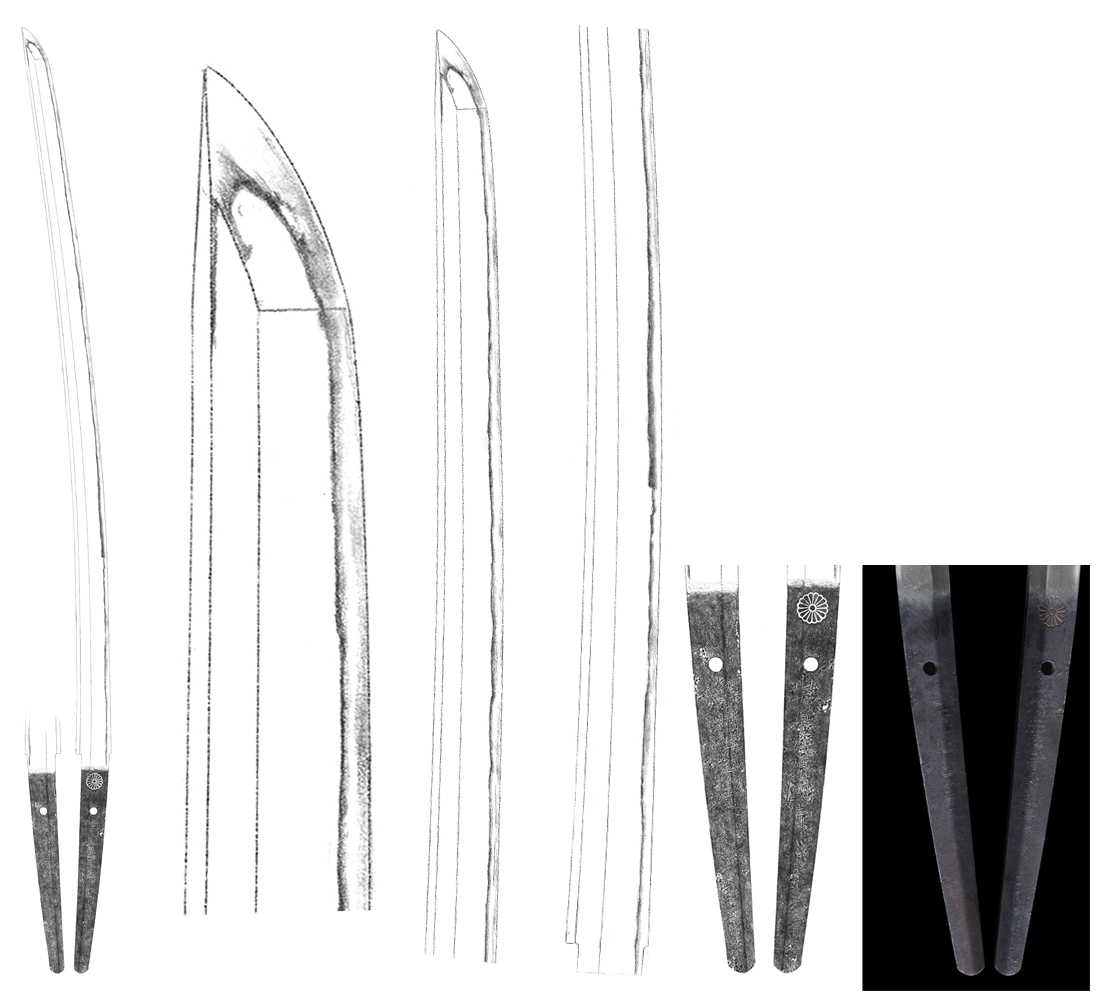