The blade was polished.
Habaki: Gold single foiled habaki
Blade length : 63.3 cm or 24.92 inches.
Sori : 2.1 cm or 0.83 inches.
Mekugi : 1
Width at the hamachi : 3.10 cm or 1.2 inches.
Width at the Kissaki : 1.91 cm or 0.75 inches.
Kasane : 0.74 cm or 0.29 inches.
Era : Late Muromachi period.
Shape : It is regular width and thickness. It has deep sori with long kissaki.
This katana is used only by one hand.
Jitetsu : Koitame hada well grained with mixture of mokume hada.
Jinie is well attached and utsuri is appearing.
Hamon : KOnie structure choji midare that is changing in complicated way.
There are sunagashi and kinsugji works and boshi is midare komi and brush up style.

Special feature : Bishu Osafune Sukesada is often divided in two types, mass produced swords,
well made sword that has signature engraved as Bizen koku Jyu which is in the highest quality.
This piece is one of the mass produced swords however the period is slightly earlier which was most likely made at Eisho peirod.
It is called Katate uchi piece.
The jigane is good and the hamon is no worse than the ones with zokumyo signature.
It is ubu tang and the condition is excellent. 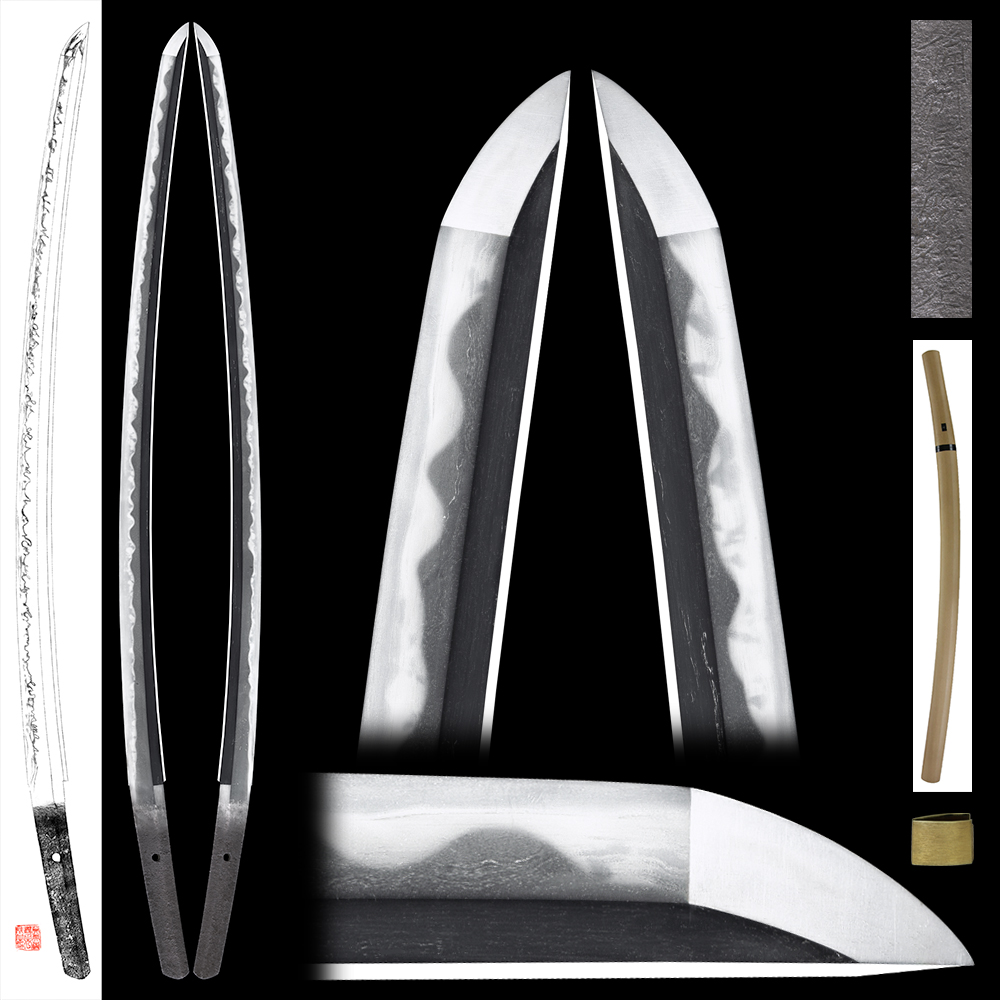 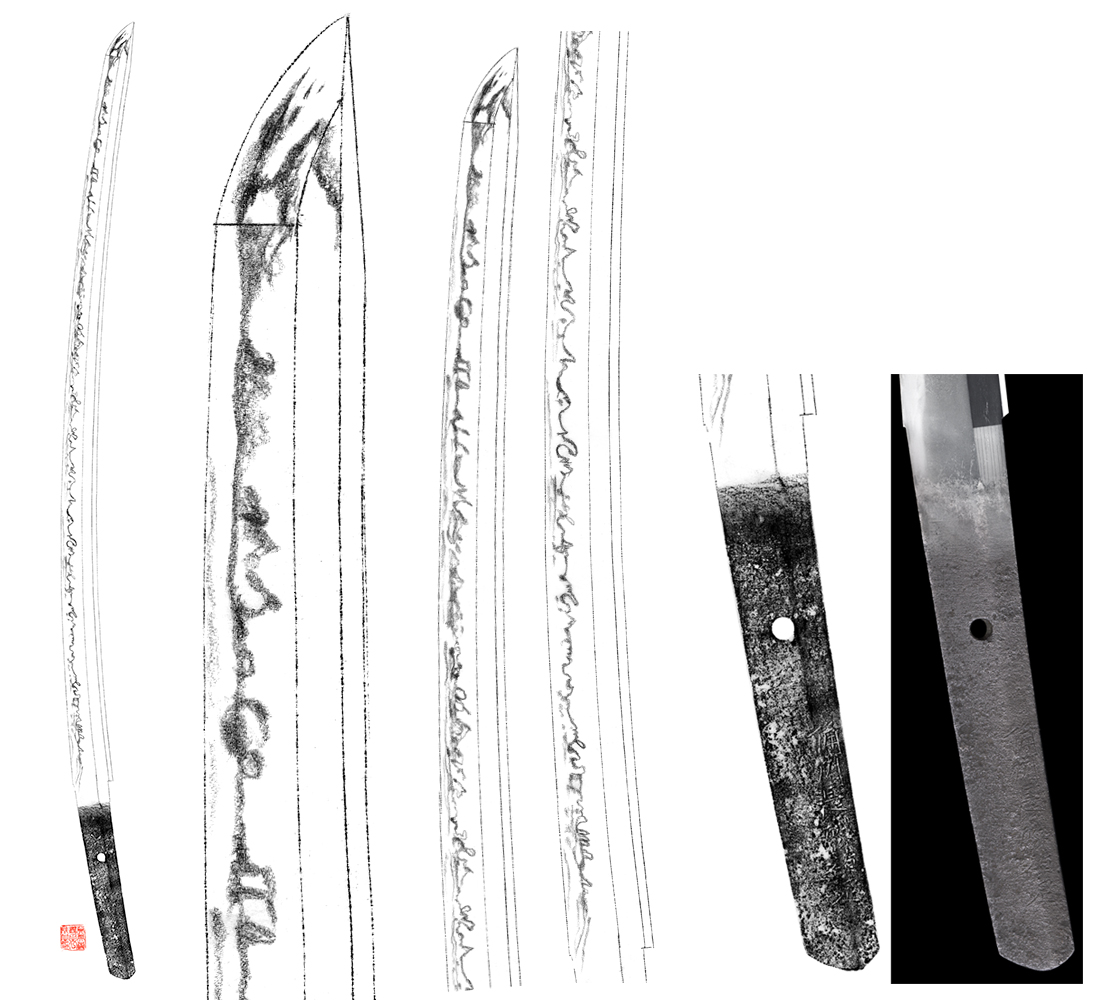