Special feature : Sukesada is a school of swordsmiths that were very active during early to late Muromachi period.
This Bizen school has lasted until late Edo period. Sukesada blades are mass producted around Muromachi period.
The swords forged by Sukesada were even exported to Ming dynasty in China and Goryeo in Korean Peninsula.
Sukesada blades are discriminated as 3 ranks. Signature engravement starts from ‘Bishu’ are mass producted. High ranking blade has ‘Bizen’ signature engraved. And the blades having secular name of the swordsmith whom forged on tang of the blades comes to the top ranking.
We don’t have any idea the words comes after ‘Bizen Koku Osa’ but the work is so magnificent. We are sure this is not mass producted and the blade is very healthy. 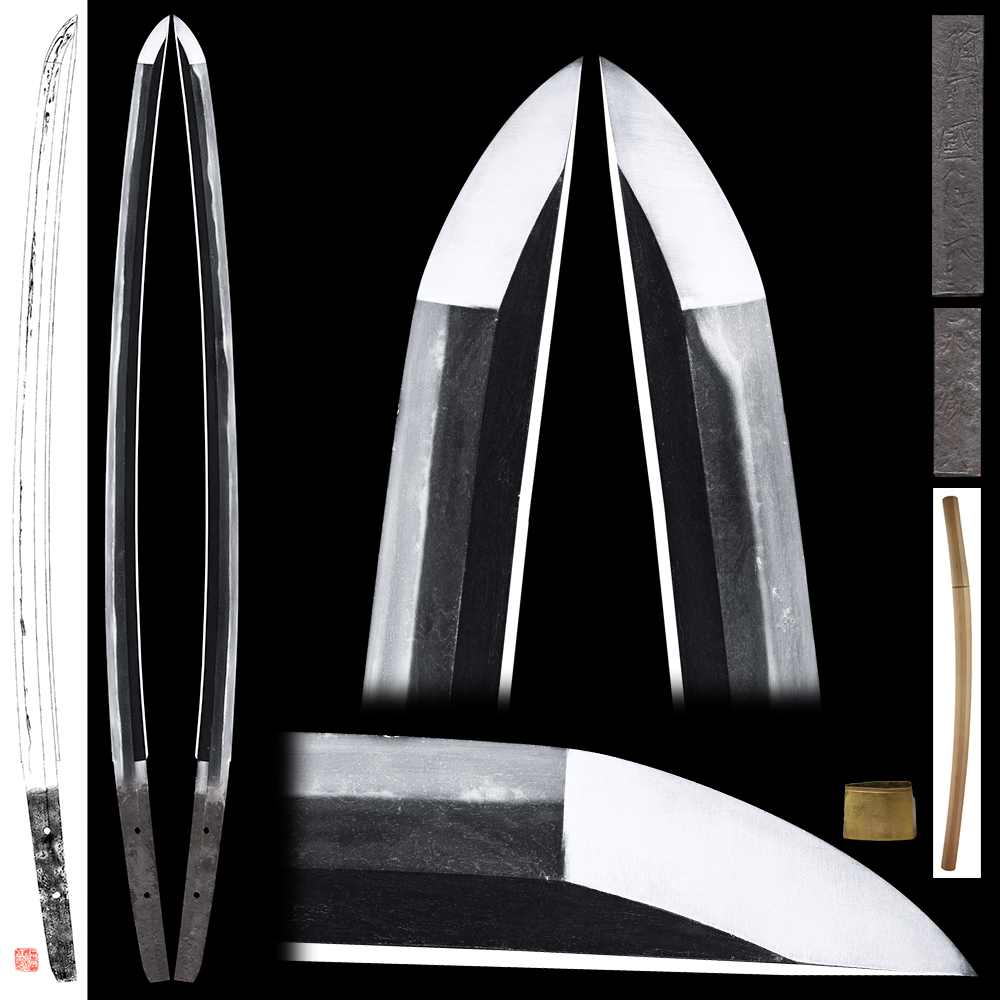 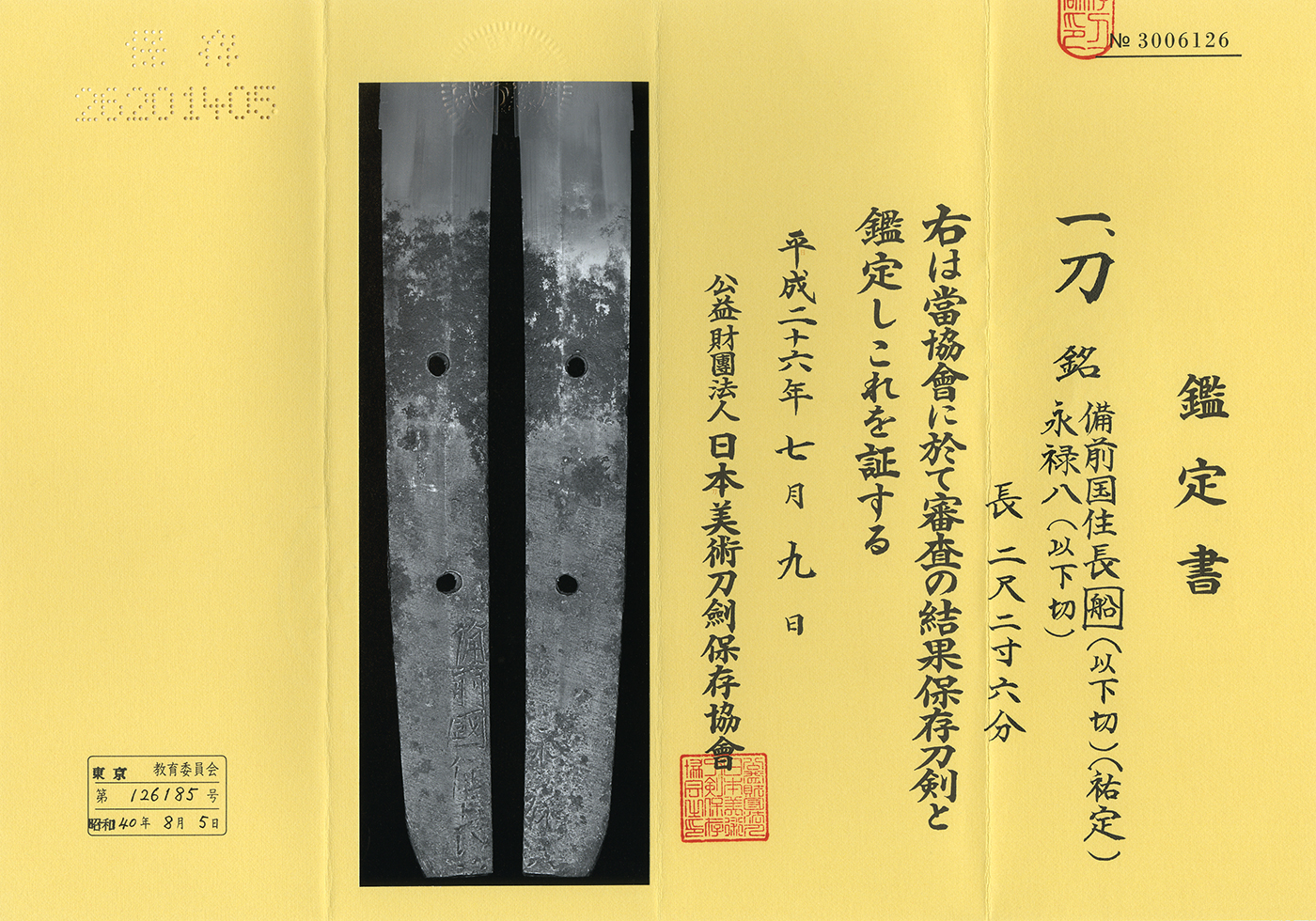