(We divide 4 sections for each sword as Saijyo saku, Jyojyo saku Jyo saku and regular saku)
This Kiyomitsu belongs to Jyojyo-saku ranking.

Special feature : Harima, Mimasaka and Bizen province had been prospered under the protection of the Akamatsu family.
Above all, Bizen province has turned out a great many talented swordsmiths.
A large number of swords were made there in the late Muromachi period not only supplying the demand of
the Age of Provincial Wars in Japan but also as an important exporting item to the Ming dynasty in China.
It is said that the founder of Osafune School was Mitsutada in mid 13th century.
Kiyomitsu was one of osafune swordsmith. The name had been succeeded for generations.
Above all, Gorozaemon (No) Jo Kiyomitsu circa Tenmon era and Magoemon (No) Jo Kiyomitsu are famous among them. 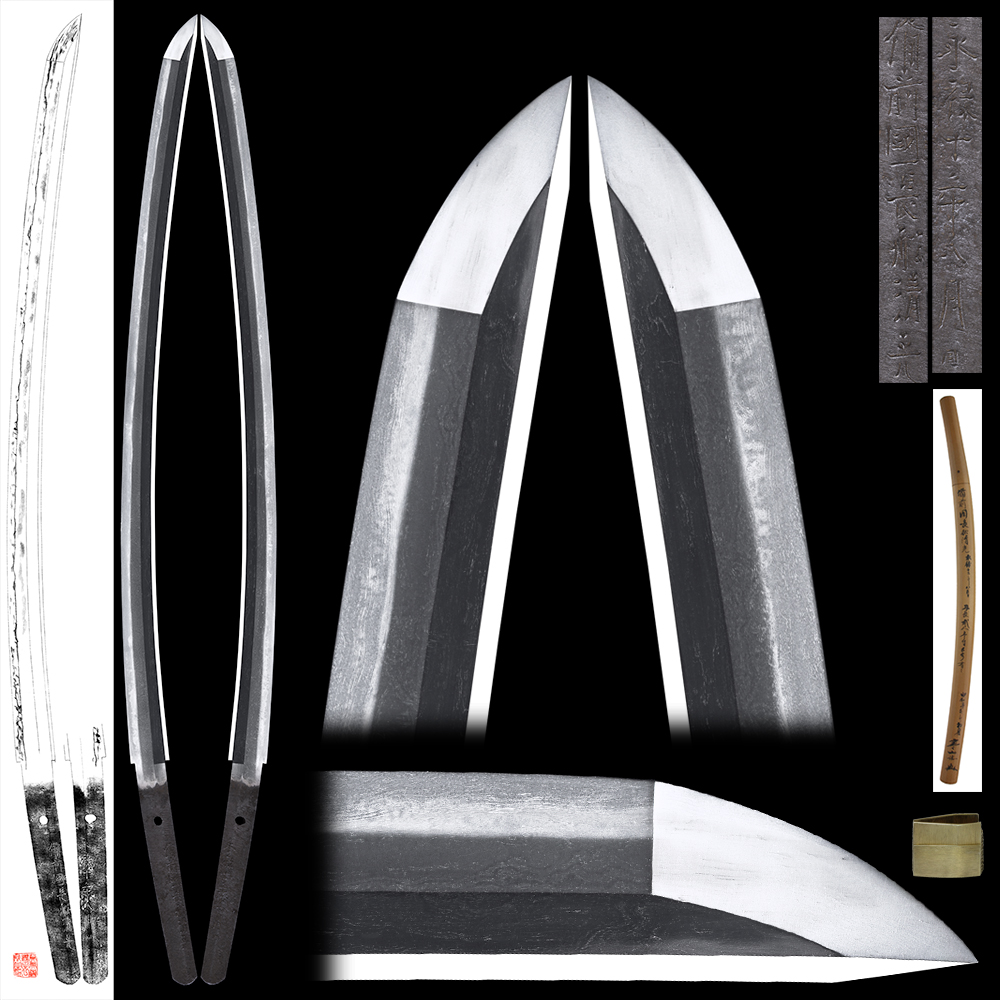 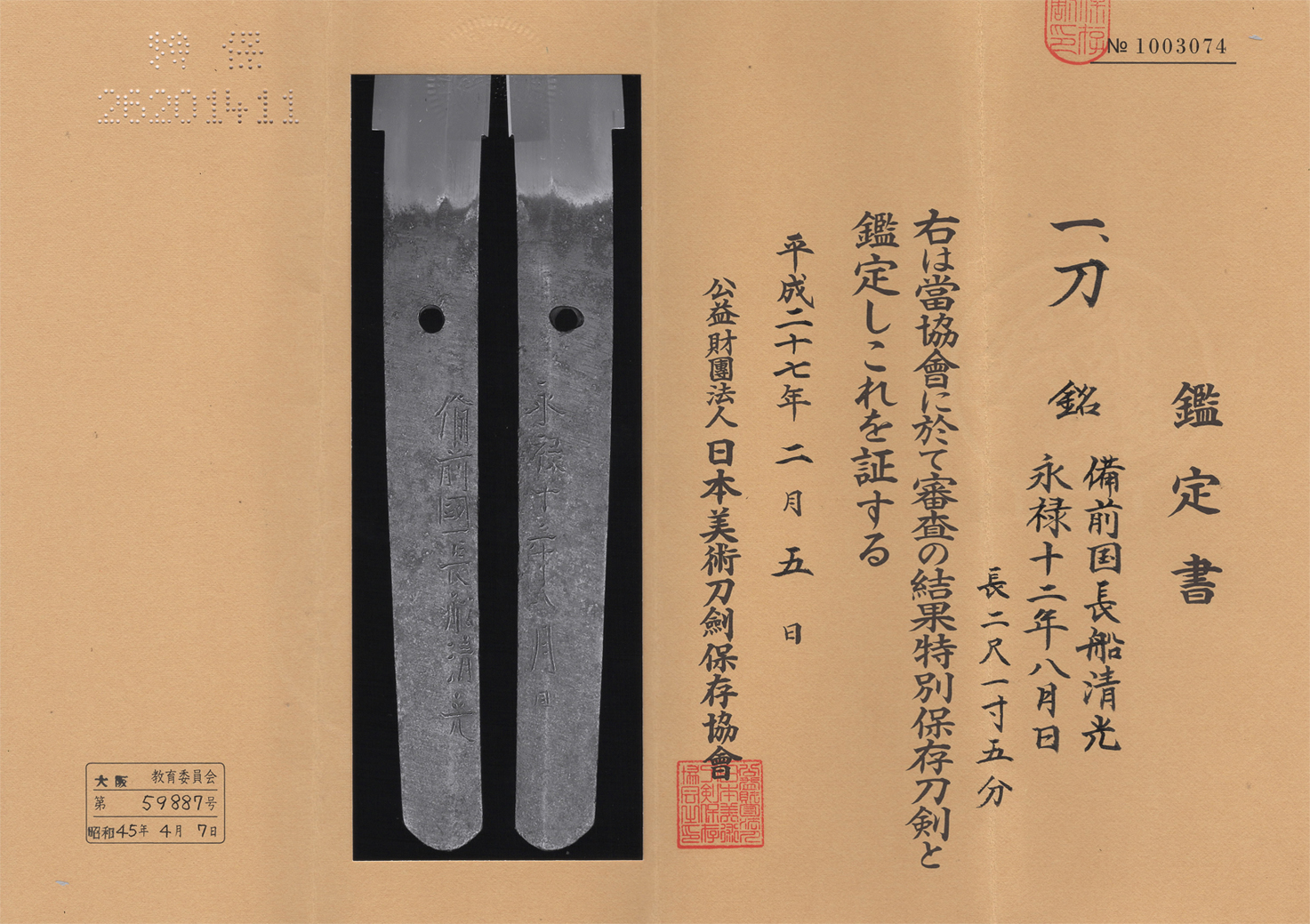 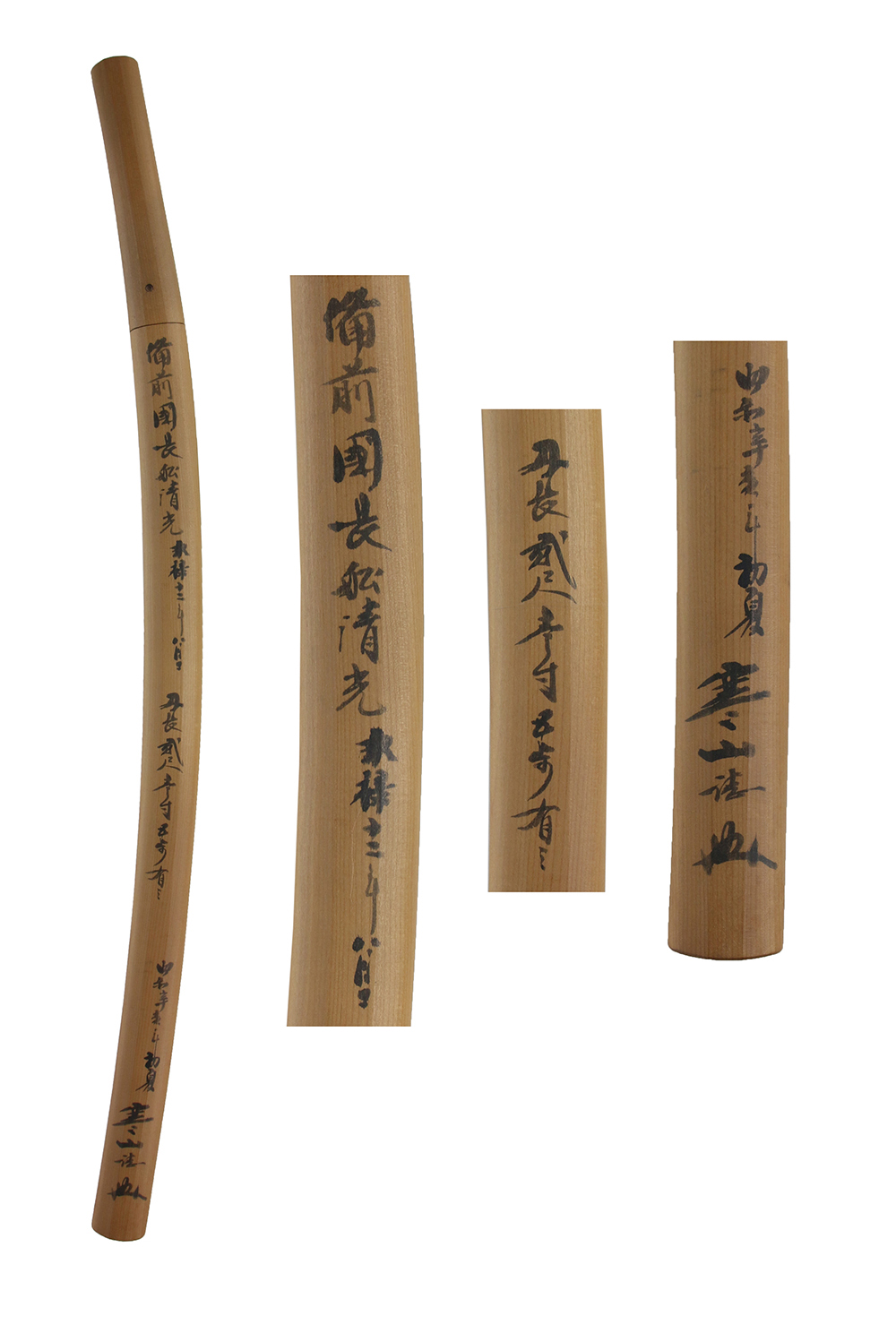