Special feature : The founder of the Tadayosi is called Hizen Kuni Tadayosi
and succeeded to 2nd generation Oumi Daijyo Fujiwara Tadahiro who was a son of the Tadayoshi.
At Kanei 18th July, he got the title of the Oumi Daijyo after hid father was dead.
First generation Tadayoshi educated many students like Yukihiro, Masahiro,Tadakuni and so on.
This Tadayoshi scool was taken care under the Nabeshima family.
Therefor he was helped a lot by surrounding many students of first generation Tadayoshi.
So we could see very similar Yukuhiro, Masashiro and Tadakunis hamon.
They keep the secrets of making Hizen konuka had steal as the top secret.
This blade is Saidanmei(cutting test on the tang) which is mentioned as
Furtatsu do Saidan(cutting test 2nd part of the body) on Kanei 18th of July by Yamano Kanjyuro Hisahide.
Before the blade was gold inlay cutting test but unfortunately the gold part was removed
at after the war end.because owner was starved and need
food. So he took off the gold inlay and changed to food.
Anyway it is possible to put the gold inlay on this sword. 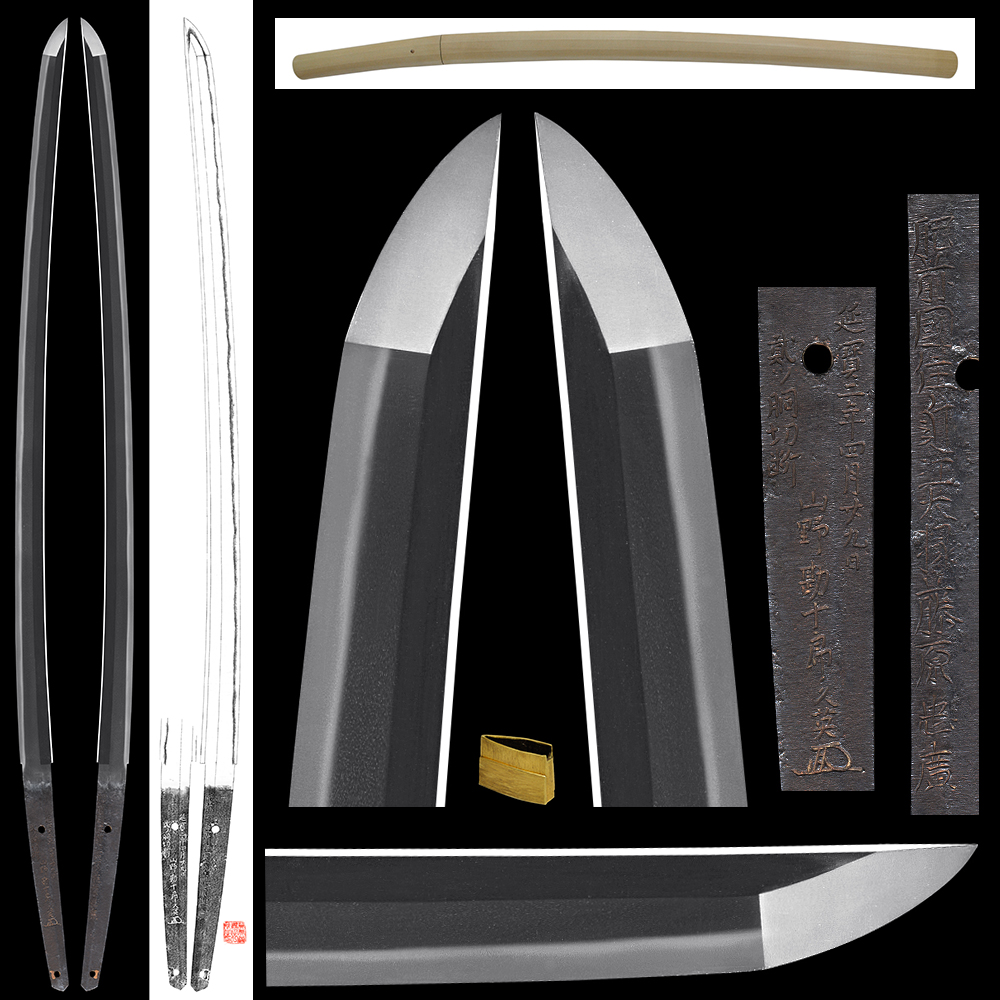 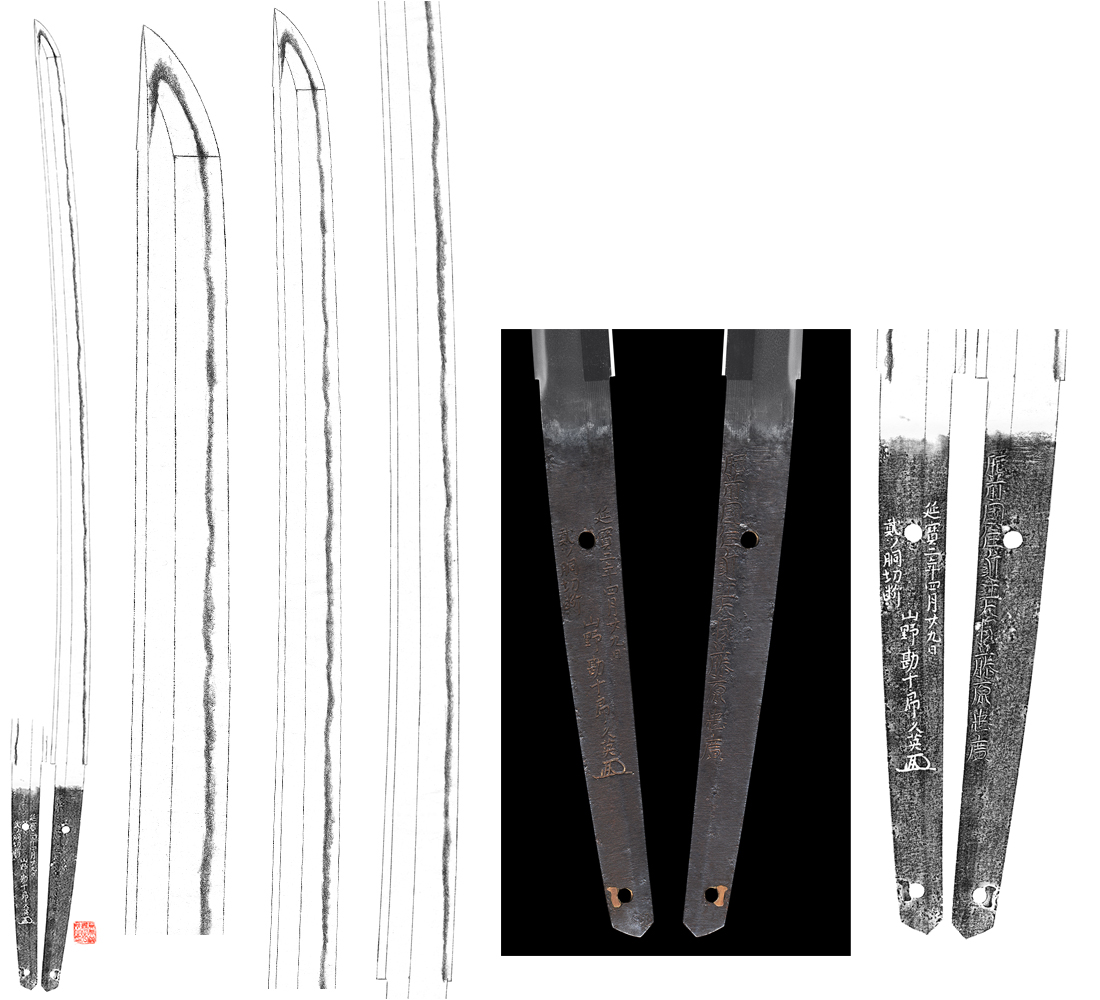