Special feature : Gassan Sadakatsu was born as the second son of the First Gassan Sadakazu in 1869. Sadakatsu was a representative swordsmith of Taisho to early Showa period. He was an amazing swordsmith to make all of Soshu-den, Bizen-den and Yamato-den.
Especially his distinctive Ayasugi-hada inherits the tradition that has been continued from the Kamakura period still lives on in Gendai swordsmiths. Under his famous father Sadakazu the First, Sadakatsu
forged only a few swords inscribed his swordsmith name until the death of Sadakazu in the late Taisho era. Gadakatsu put all his energies into making his own sword after 1920’s as a purveyor to the Imperial Household, special swords to dedicate the Ise-Jingu shrine, accepting orders by high dignitaries. He tempered sword with sincere and faithful attitude in conformity with Shintoism. Under that he trained many excellent swordsmiths. His two most excellent pupils, one was his real son the Second Gassan Sadakazu and the other was Takahashi Sadatsugu, were designated as preservers of Important Intangible Cultural Assets, popularly known as Living National Treasures. Sadakatsu passed away in 1943, aged 74. The age which the sword was made.
Historical back ground : May 14th, 1940 German troops occupied Paris. 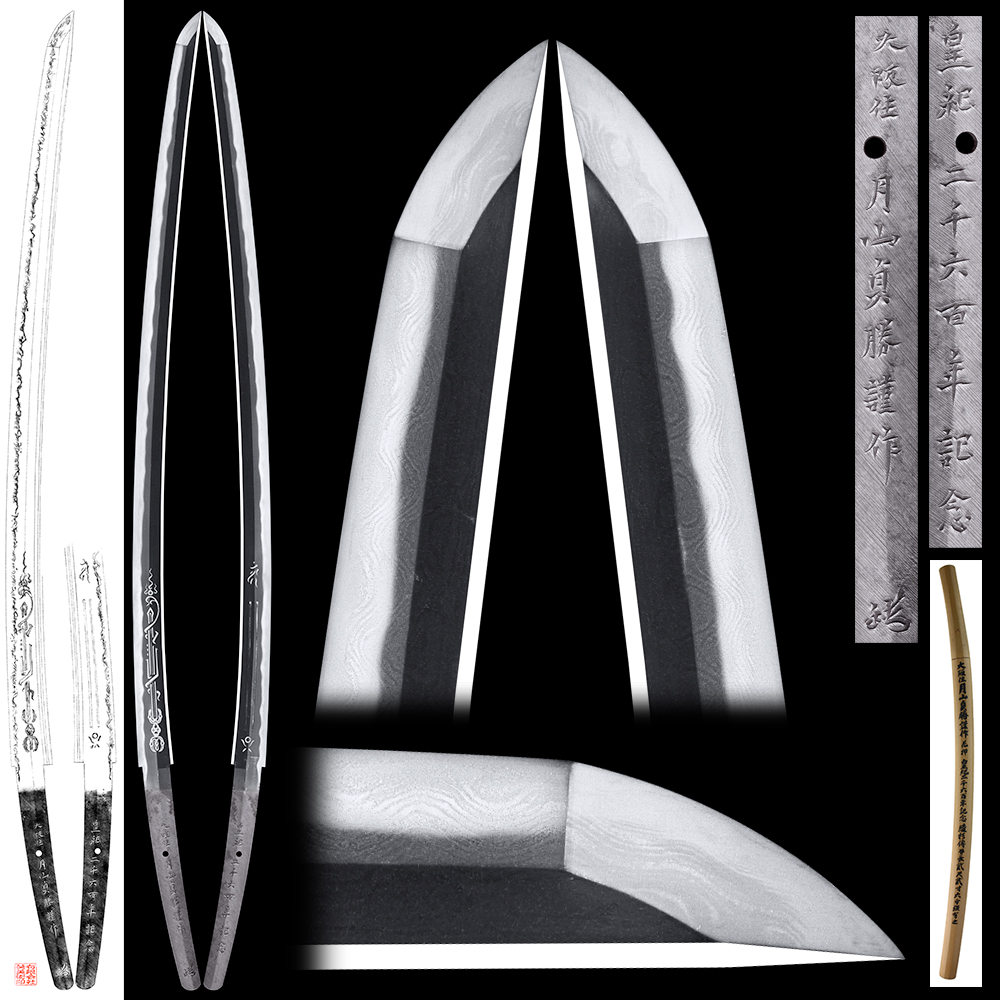 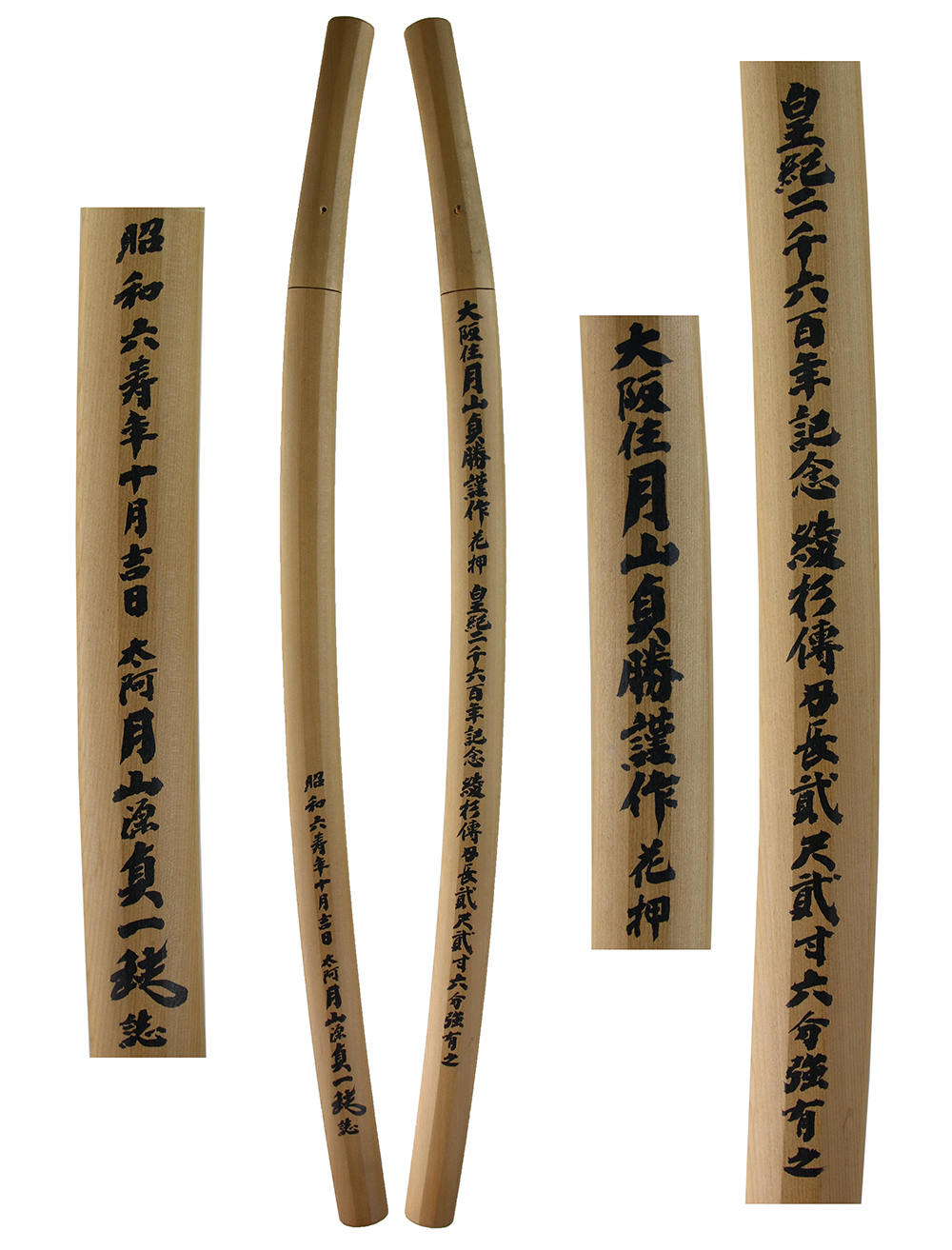 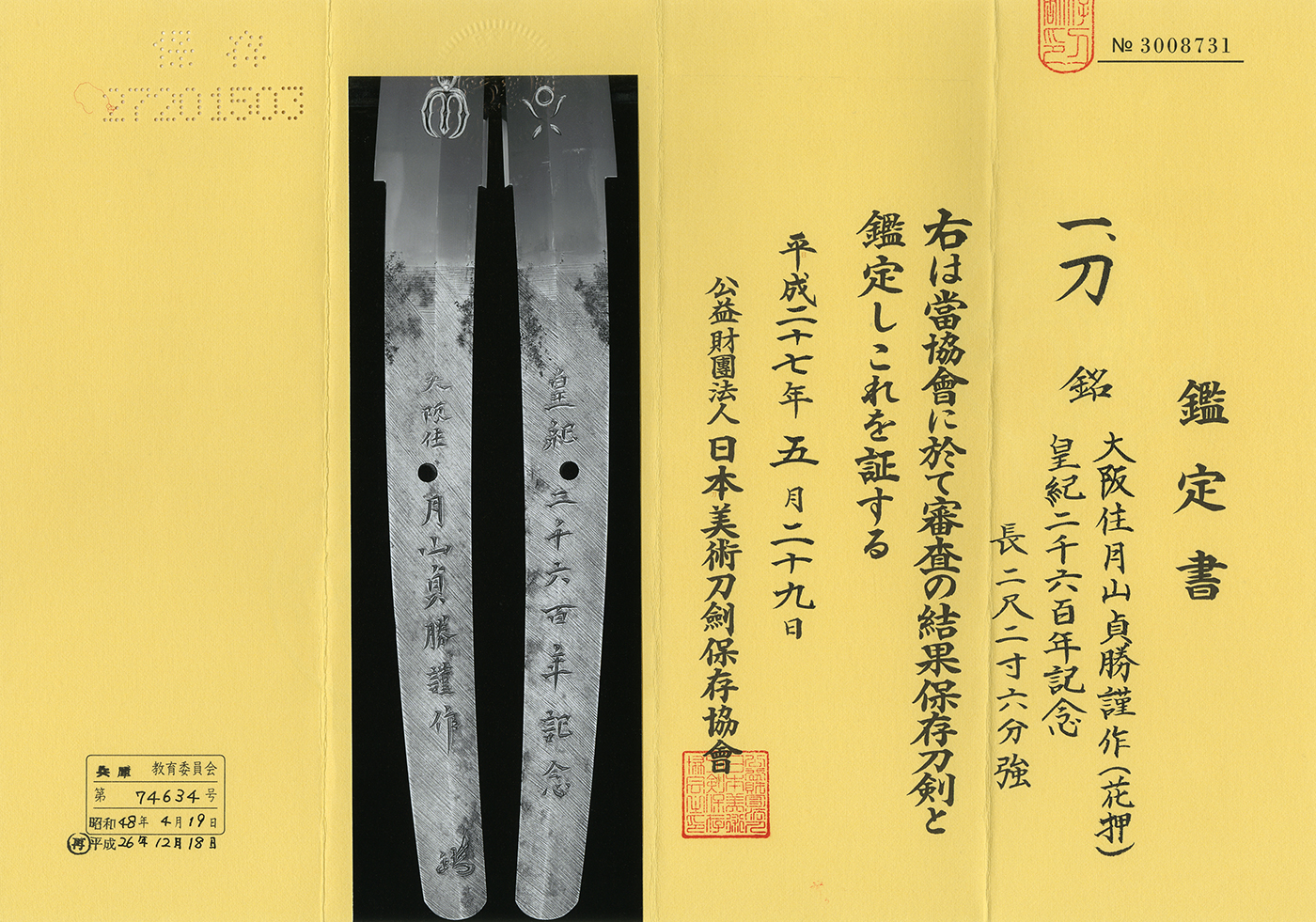 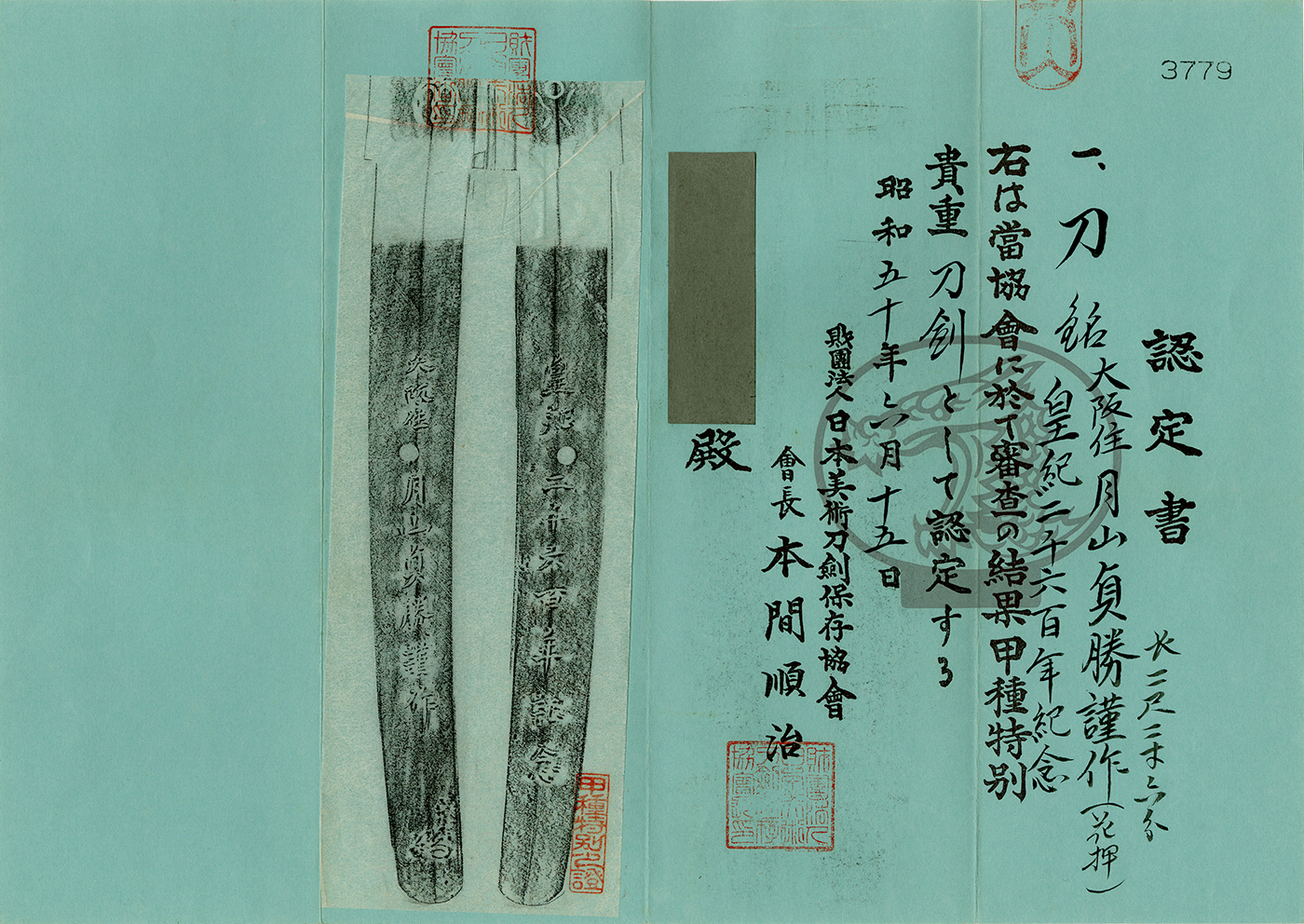