Special feature: Tadayoshi the First, born as Hashimoto Shinzaemon was a swordsmith of Hizen province, present Saga prefecture in Kyushu Island. Both his father and grandfather passed away when Tadayoshi was 13 years old so Tadayoshi learned under Dotanuki Zenbei in Higo province, present Kumamoto pref. Tadayoshi and Munenaga went to Kyoto to learn under the Umetada School in 1596. Tadayoshi learned forging sword and Munenaga learned the carving. They returned in 1598. Tadayoshi worked as a retained swords smith of the Nabeshima family in the domain of Saga. Tadaysohi’s first sword inscribed the date was forged in 1600 at the age of 29. He changed the name to Tadahiro at the occasion of approved as the Musashi-Daijo in February 1624. Tadahiro (Tadayoshi) passed away in 1632.
His sword was ranked as a Saijyo-saku O-wazamono at the Shin-to period. The Hizen School placed extremely important position in the history of this period. The main Tadayoshi family and derived branches had been developed and prospared.

Tadayoshi inscribed the signature with five characters entire sword forged around 1624 to 1628, the first year to the 4th year of Kan-ei era. Rarely his sword forged during in 1628, the 5th year of Kan-ei has a little biggish signature inscribed with medium-thick Tagane.
The temper line of most Hizen-to starts slightly away from the Hamachi except for some swords with the signature Hizen (No) Kuni Tadayoshi by Tadayoshi the First. The same applies to the sword with the signature Junin Tadayoshi and Musashi Daijyo Tadahiro, Hizen koku Jyu Tadahiro.
In these signature, 5 Ji (5 characters Hizen Kuni Tadahiro) is the highest reputation swords.
The blade is called Keicho shinto which is almost same size Motohaba and Sakihaba and also longer Kissaki like late Muromachi Eiroku era style.
It is really Saijyo-saku, Saijyo Oowazamono without any Kizu or faults very healthy blade.
Recently it is very hard to look for Hizen-kuni Tadayoshi Saijyo-saku. Saijyo Oowazamono cutting test ranking healthy top ranking sword.

Historical back ground: Hasekura Tsunenaga and some samurai missioned to Europe and he became catholic. He also became nobleman of Holy Roman Empire. His Christian name was ‘Don FilipFransisco’. 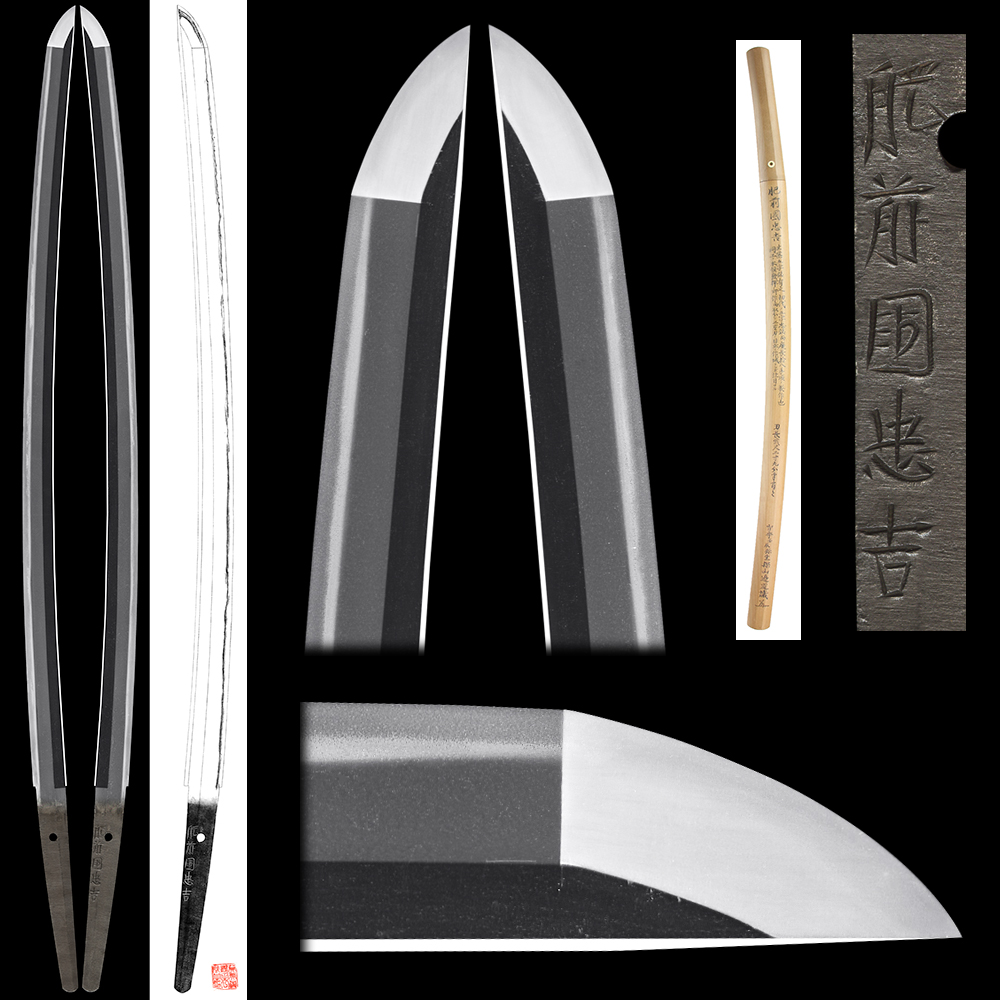 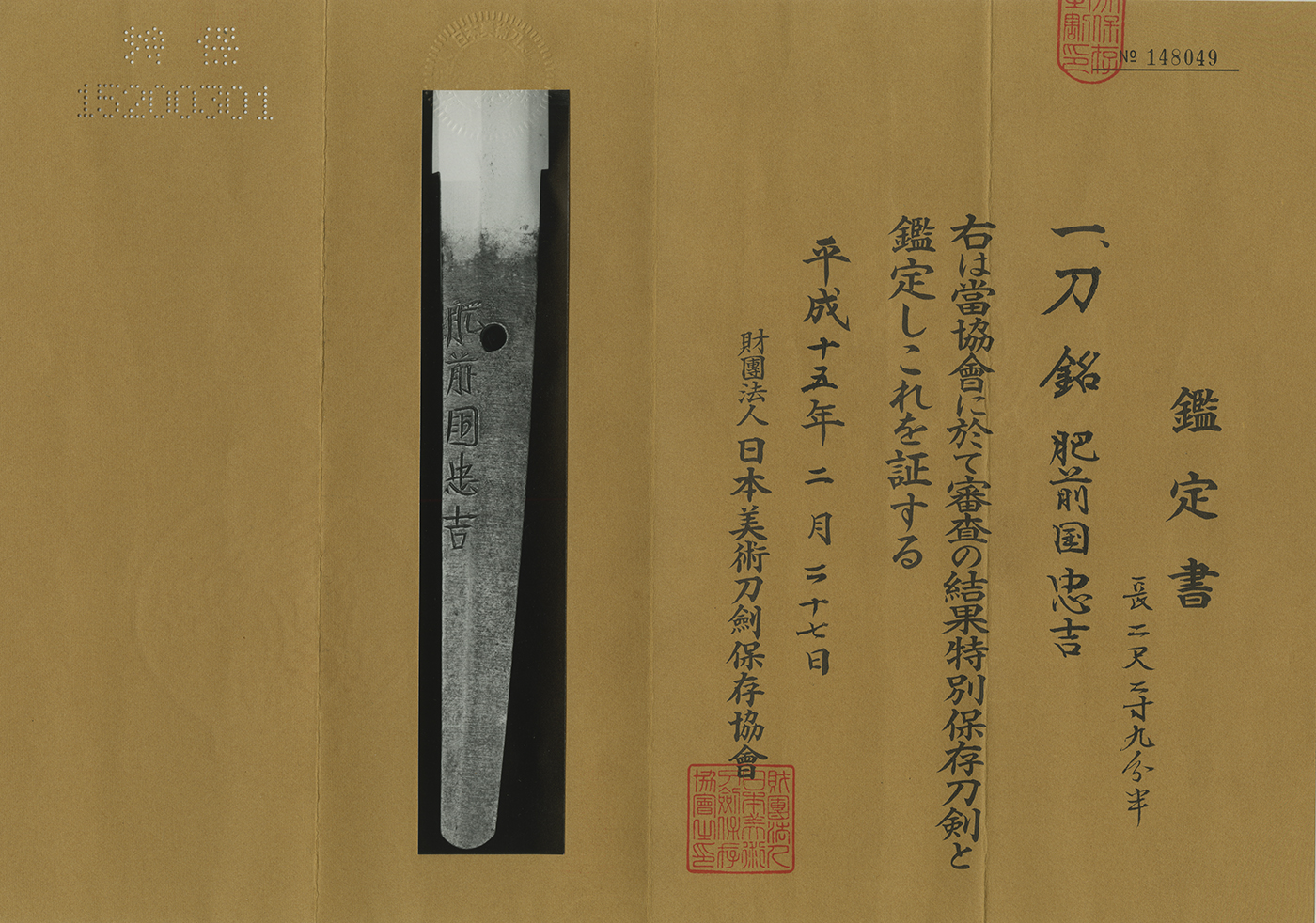 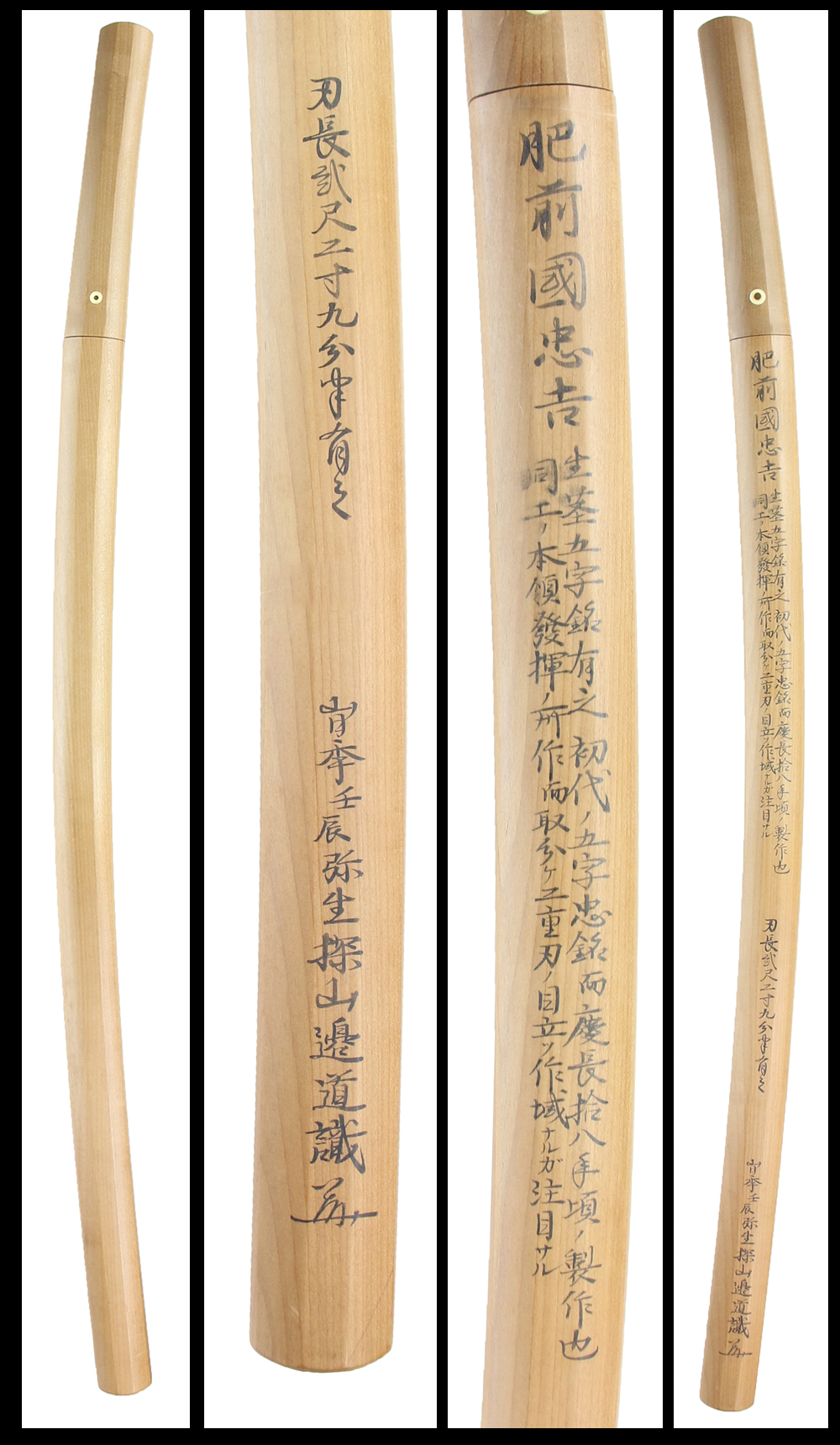