The blade was polished.
Blade length : 74.2 cm or 29.21 inches.
Sori : 1.3 cm or 0.51 inches.
Mekugi : 1
Width at the hamachi : 3.04cm or 1.2inches.
Width at the Kissaki : 2.1cm or 0.82inches.
Kasane : 0.65cm or 0.25inches.
Weight of the blade: 730g
Era : Edo period Kanbun era.
Shape : It is average width and thickness with some curve.
It is nice shape katana.
Jitetsu :Koitame hada well grained with detail chikei(dark spots)
It is clear jigane.
Hamon : Nie base gunome irregular mixture.
Nioi line is is deep with detail sunagashi and kinsuji hamon works.
Boushi is nijyuuba(double ha) style round end.

Special feature : Kazusanosuke Fujiwara Kaneshige was said to be
the son of Izumi no kami Kaneshige however, the recent studies have
revealed that he is the student of Izumi no kami Kaneshige.
His secular name is Tsuji Sukeemon and was active at Edo.
He has made many sword and is preserved until today.
He was popular as a mentor of Kotetsu so many sword lovers
would treasure Kaneshige’s sword. After moving to Edo from Echizen, he has influenced many sword smith such as Kotetsu, Hojyoji Masahiro, MIyoshi Nagamich, Hojyoji Yoshitsugu and others.
It is said that this Kaneshige is the eighth unit captain of Shinsengumi(special police force of Japan’s late Shogunate period) Toudou Heisuke’s,  favorite sword.
It is not much of a surprise as the sword seems quite sharp.
This piece has deep nioi line with round gunome mixture. The ha is bright and clear and is in fine condition. 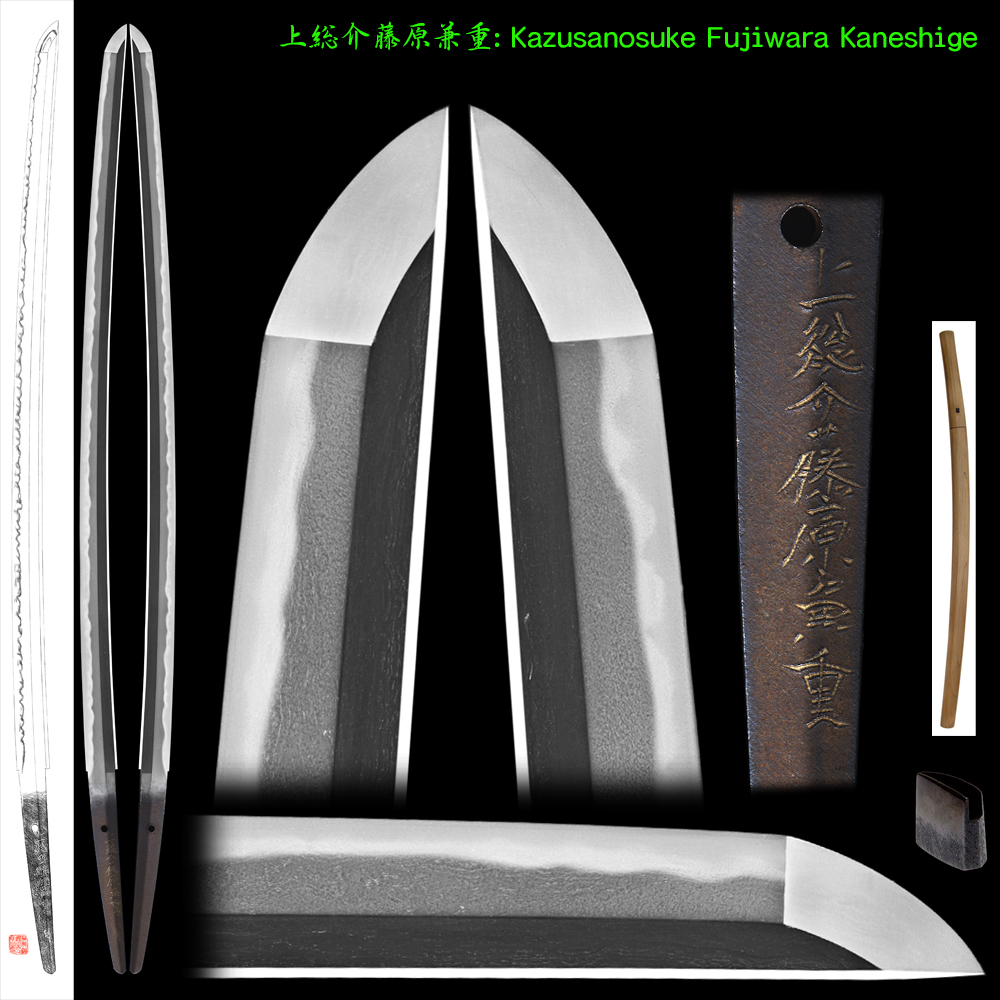 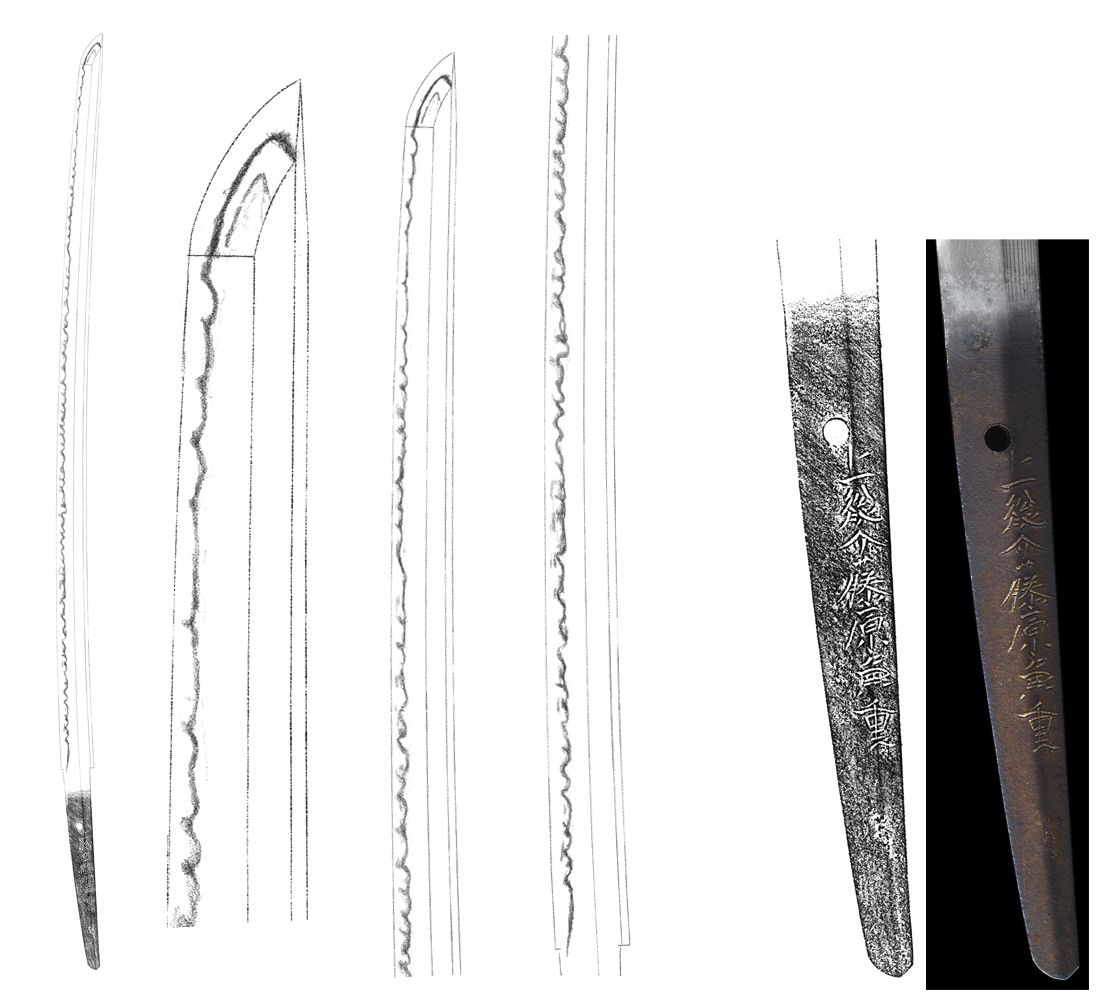 Katana in Shirasaya, with Koshirae. (NBTHK Tokubetsu Hozon Token) Signature : Bizen Suke Munetsugu Kouka 4Nen 8 Gatsuhi This sword is mentioned on the book Toko Jiten page 188 written by Fjishiro Yoshio. This book is the best sword book like bible in Japan. (We divide 4 sections for each sword as Saijyo saku, Jyojyo…