Era : Around later Heian period (Around AD1185)
Shape : The blade is slim Oosuriage Mumei (cut shortened Nakago) with deep curve and long Kissaki elegant shape.
Jigane : Komokume-hada and Koitame-hada mixed with Jinie attach and small Chikei work. Utsuri appear on Ji.
Hamon : Niedeki Suguha and Double Hamon mixed. Uchinoke work.
Remaining very thin Boshi turns round shape.
Special feature : Ko-Namihira school were active around later Heian period. Founder of this school is Yukiyasu, the son of Masakuni whom moved to Satsuma from Yamato.
The most old blade that still exist is dedicated to Sanage shrine. And also Tachi owned by Yokoyama family, one of Shimazu clan is very famous too.
As nearly the millennium has going to pass, the blade became very thin and slim, Boshi is even becomming to dissapear. But Suguha with double Ha, Uchinoke working can be seen very well and also nice Jigane.
We feel a wonder that the blade from nearly millennium ago is remaining with the shape.

Koshirae : Shikomi Tsue style (cane with blade inside).
This Koshirae should be made around later Edo period. Wooden parts are becoming aged.

Historical background : The most ancient Ko-Namihira blade ‘Yukiyasu’ is dedicated to Sanage shrine at Heian period.
Sanage shrine is located at Toyota city in Aichi prefecture now.
This shrine is told that have been built at age of majesty Chuai, the 14th emperor of Japan (192~200? No evidence are remaining for existence of emperor Chuai.) to worship Ousuno-Mikoto, the twin brother of YAMATO-TAKERU.
Myth and the real history are intersected at this place. 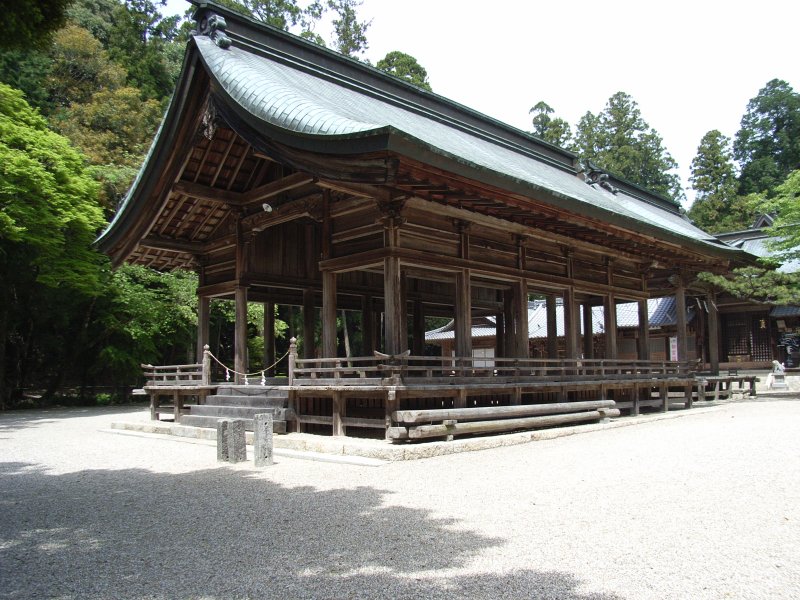 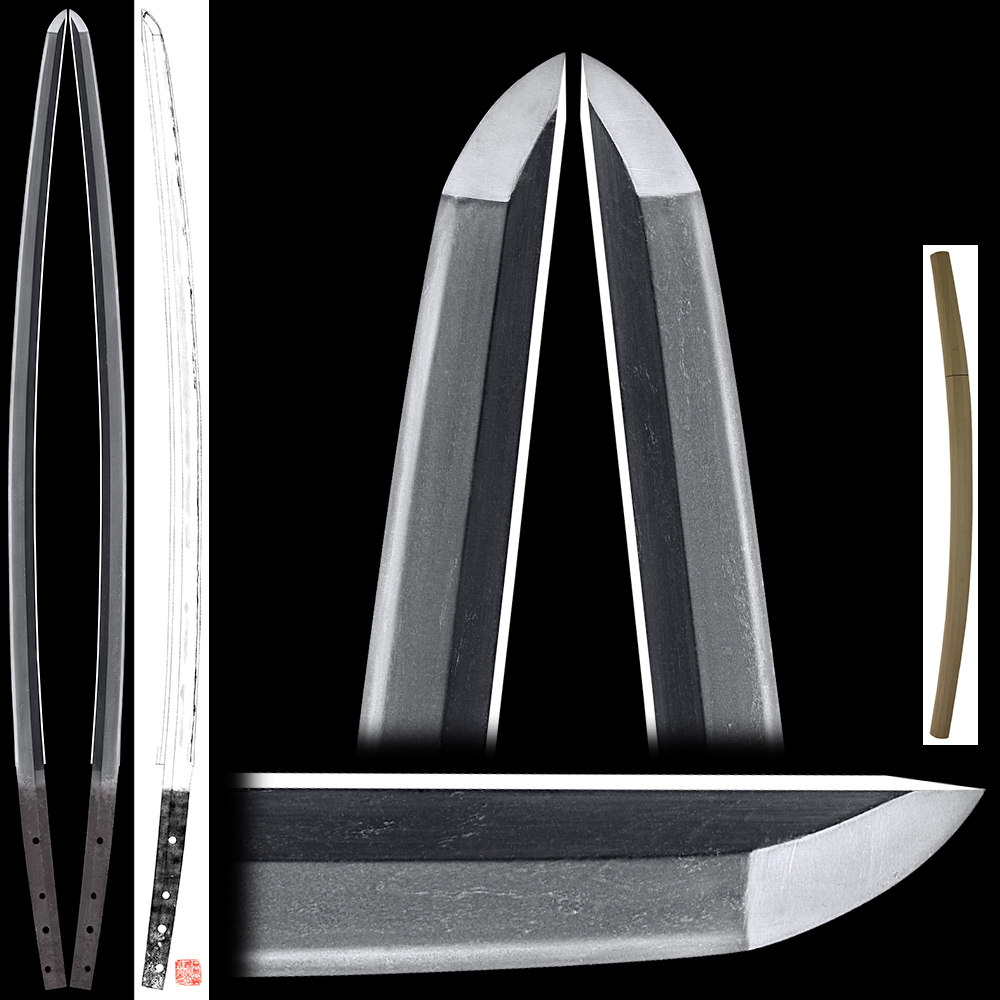 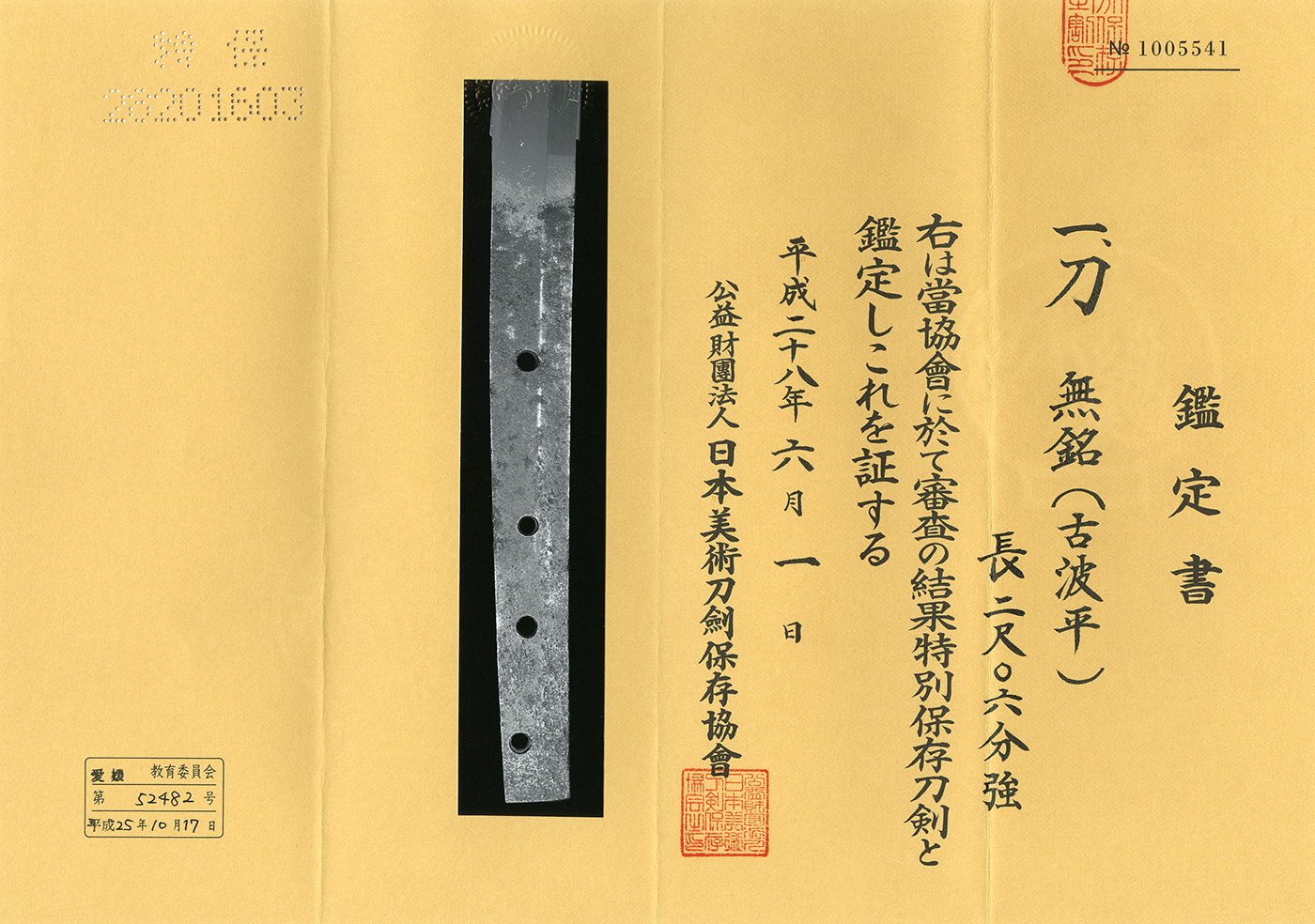