Special feature : Special feature : Previously Yamato no kami Yasusada was born at Echizen province but right now he was said that he was working at Kisyu Ishido school.
He was born at Genna 4th(1618) and moved to Edo Kanda area who's name is
Tobita and called Sobei. At that time Edo was calm down and peaceful country
and became reduce the demand of swords.So meny sword makers must work harder
than before making nice attractive swords for demanding small amount of consumers.
It means, the time which cannot be eaten if sword makers do not make the more outstanding work came.
So they worked harder than before making cut well attractive swords.
Kotetsu, Yasusada, Hojyoji school, Miyoshi nagamichi, and also Yasutomo tried to
work harder to make cut well swords.
Especially Yamato no kami Yasusada had a good friend of Yaamada Asaemon
who was quite well known Tameshigiri (cut tester of dead body)
and The Yasusada asked him to try Tameshigiri and studied a lot for making cut well swords from him.
so there are many cutting test Kinzoganmei swords of Yasusada.
From that period, Yasusada was quite well known cut well sword.
Even late Edo period. famous samurai loved his sword.
for instance Okita Soji who wasShinsengum #1 head officer loved Ysusada and Kiyomitsu Kasyu province.
He was belonged to Tenen Risin ryu and Hokushin Ipptoryu ful proficiency but died by illness.
Iba Hachiro:he was a son of the Iba Syugyo and worked Yugekitai.
Ooishi kamajiro was working at Shinsengumi who was feared
by many enemies as Hitokiri kamajiro(he liked to kill enemies)
This sword is rather wide and thick healthy blade also nice Jigane and Hamon. 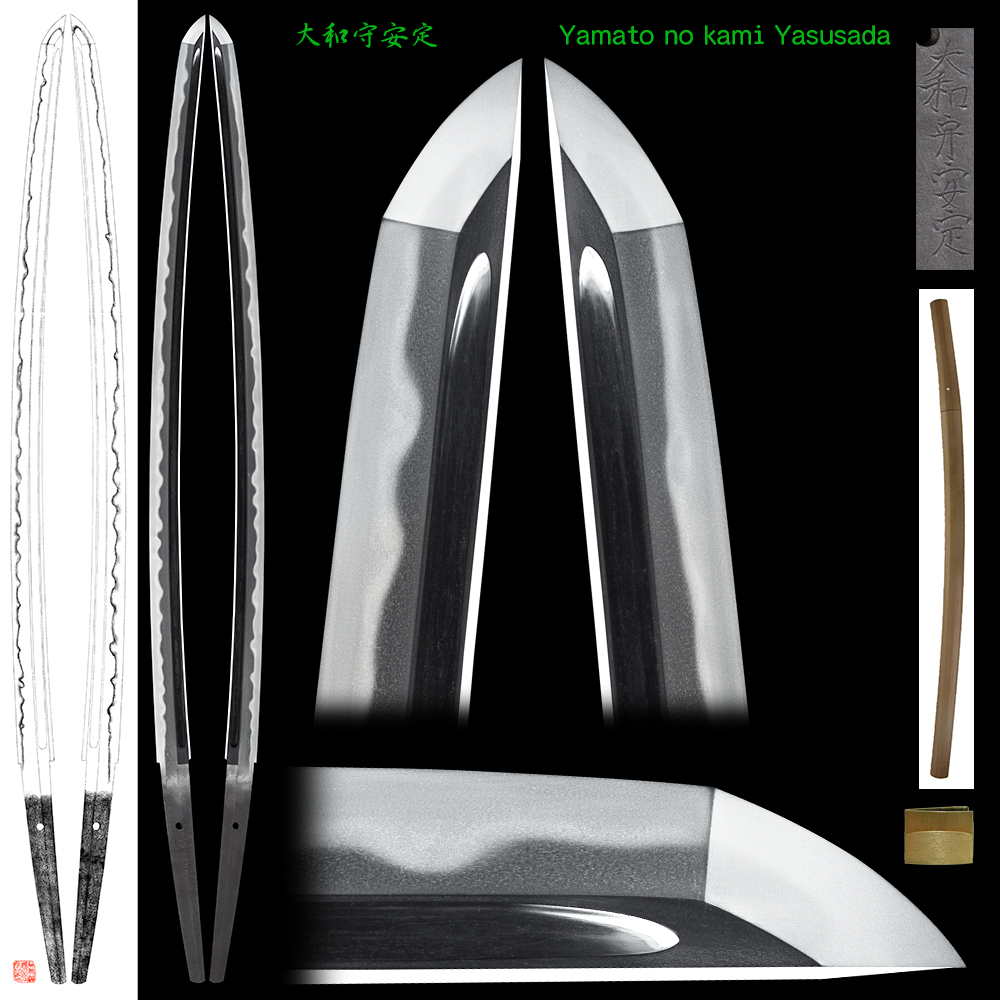 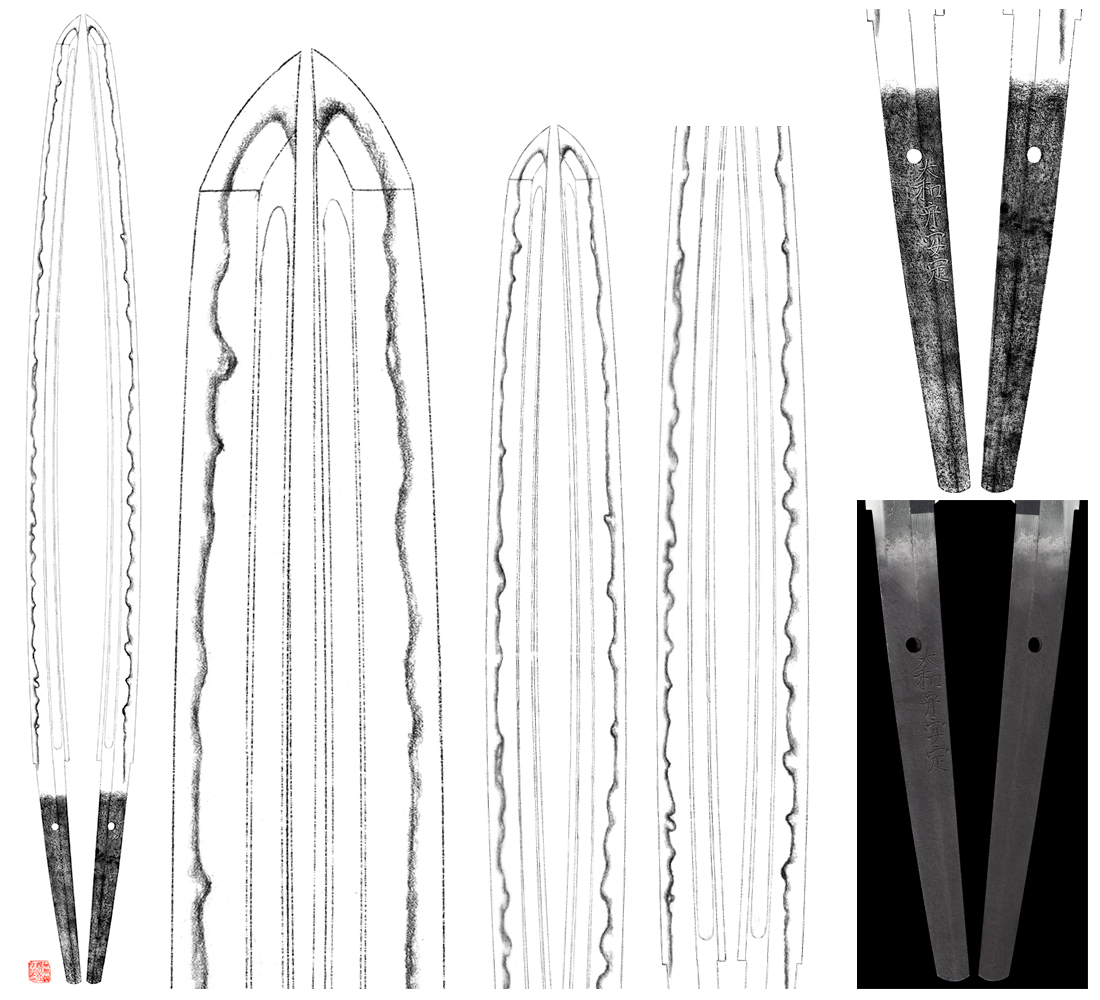