Special feature : Harima, Mimasaka and Bizen province had been prospered under the protection of the Akamatsu family during Muromachi period. Above all, Bizen province has turned out a great many talented sword smiths. Supplying the demand of the Age of Provincial Wars in Japan, a huge number of swords were forged at late Muromachi period. Osafune school has been started by Mistuatda around AD1249 and Sukesada has become a symbol of the Osafune school around later Muromachi period. It is regrettable that a deluge devastated Osafune area in Tensho era.
Osafune School has been lost and old swords are all that is left to tell how the sword smiths lived in those ages.
The blade is Oosuriage Mumei(cut shortened) but the blade must be Bizen Osafune Sukesada.

Probably this sword has kept so long time as family's treasure and when the world war started,
family's father presented this sword to his Army son.
Family should prayed his success and hoped for returning safely. 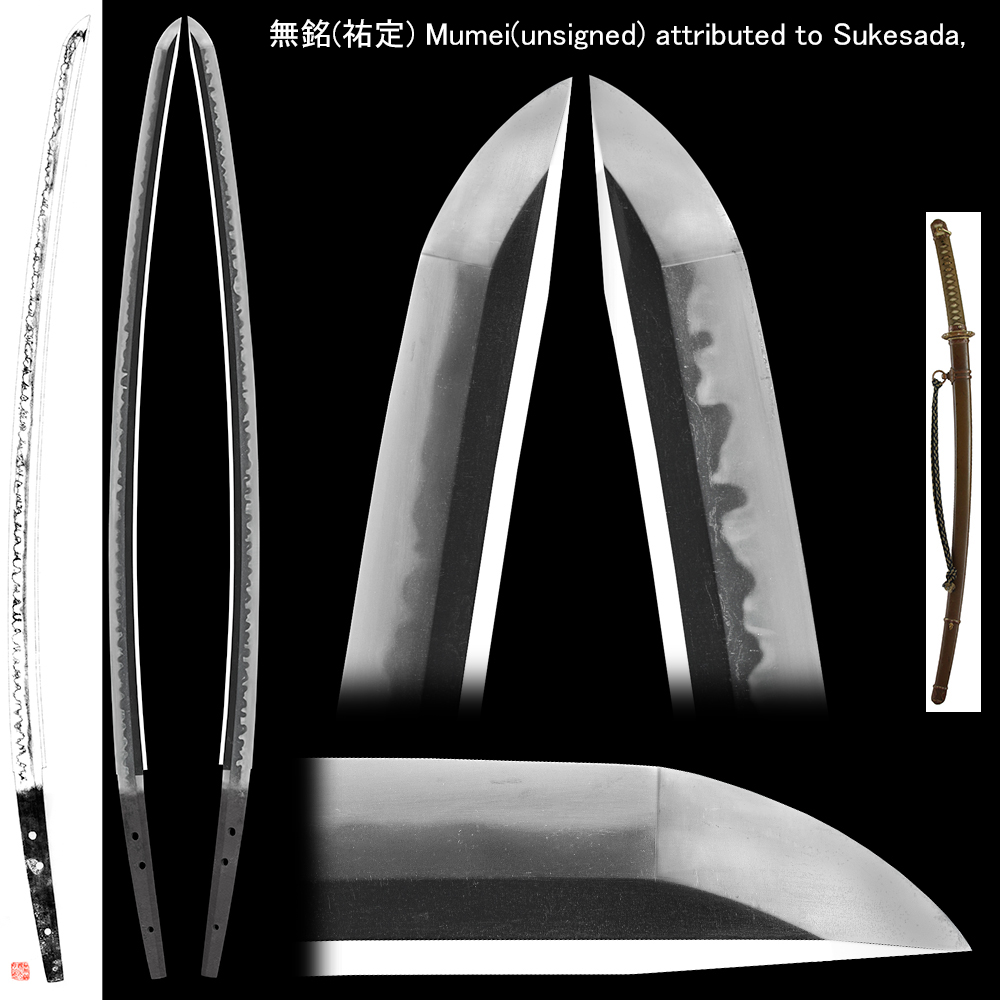