Sayagaki:
Fukurokuju(one of the Seven Lucky Gods is Japanese mythology).
Mr. Abe Takeo orderd this katana.
This blade is reminiscent of the Bizen Den in Kamakura period and nice works.
And also this is one of his masterpieces.
By swordsmith Mr. Shimizu Tadatsugu(Kao) in May 1987.

Special feature : Kuniie was born in Showa 20th year in Tokyo Katsushika ku.
His first name is Yoshihara Soji. He has learned sword making
from his grandfather first generation Kuniie.
He has studied with his actual brother Yoshihito Tosho.
It is well grained beautiful jitetsu with gorgeous choji midare.
There such as Ichimonji and Nagamitsu. Showa 57th year, he has been judged as Mukansa.
Showa 57th year, he has made sacred treasure Tachi for regular shrine removal of Ise Shrine.
He has won awards such as the Prize of Commissioner
for Cultural Affairs third times and has won 11th time.
In the movie Last Samurai, he had been casted in sword smith roll.
This blade is Hirauchi Katana. Kuniie made this blade with all his might.
The engraving is also nice. 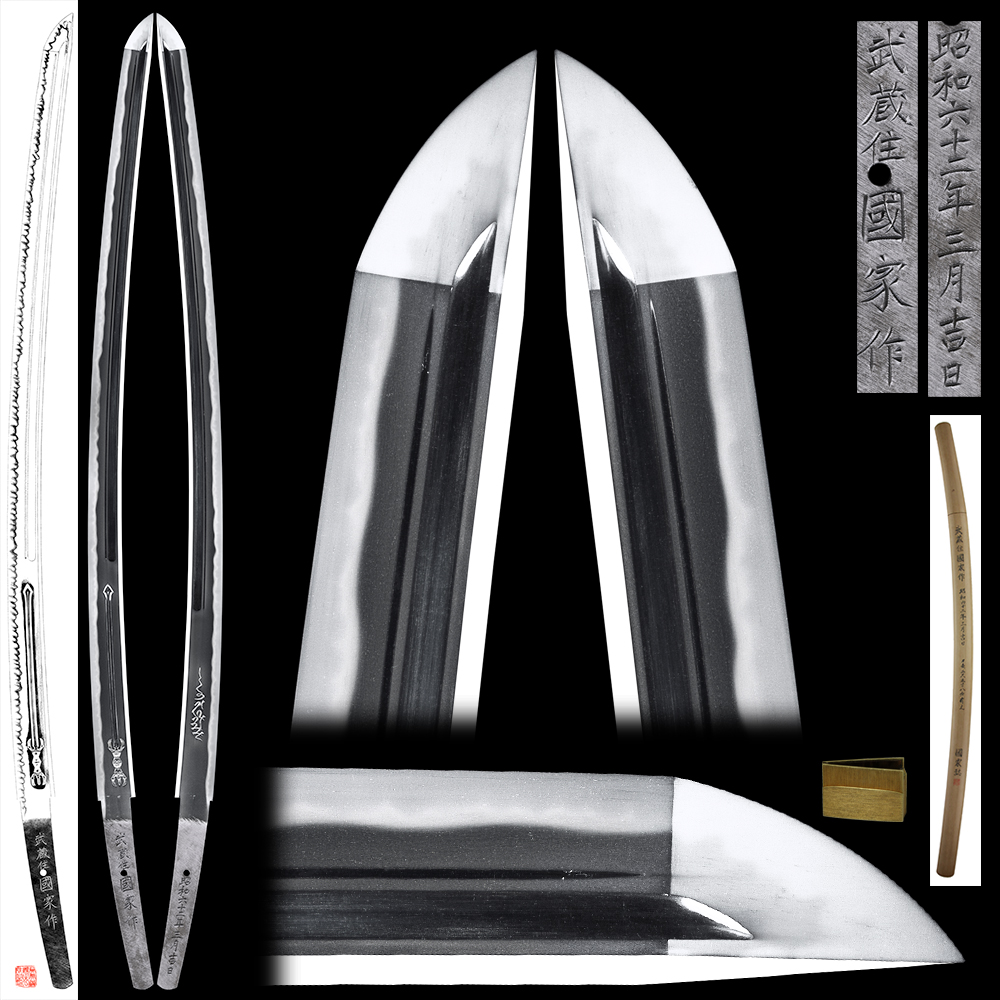 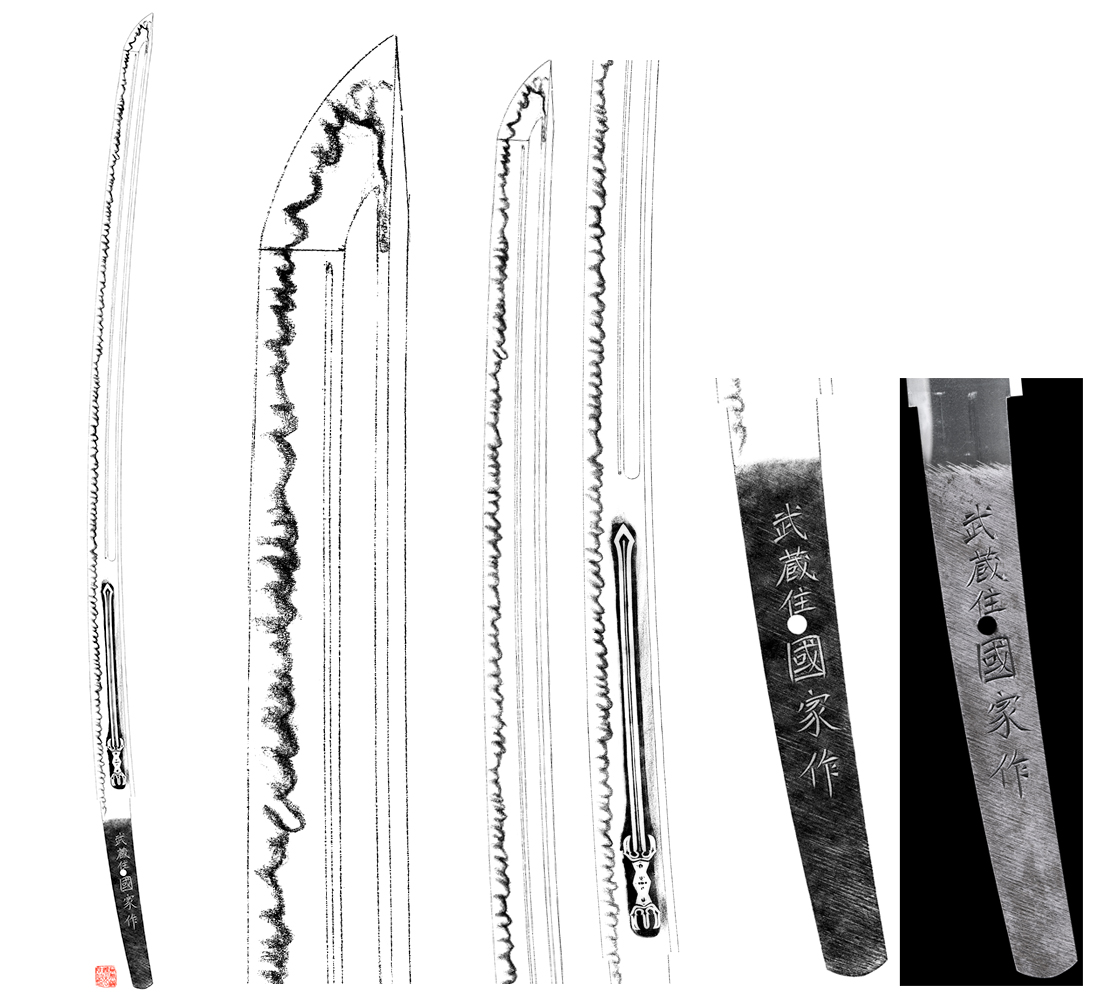