Special feature : Shigetsugu has been named Kazama Ikkansai Shigetsugu.
He was born in Shizuoka prefecture in Meiji 19th year(1886)
and his real name was Kasama Yoshikazu hake chichimiya iri Ikkansai Shigetoshi.
On Meiji 36th year(1903) he moved to Tokyo. He has been a teacher at Nihonto
Teaching school of Kurihara Hikosaburou but Shigetsugu had an argument
with him and left the school job. Afterwards at Showa 10th year(1935) Kasama
became a wordsmith in Touyamatei nai Tokiwamatsu Kenkyuusho
and became a chief smith. He has made quite an amount of swords at that time.
Shigetsugu has made swords for Imerial House Departments and won many prizes
such as Best qualified winner of the prize at Imperial Academy Art Exhibition.
He is much famous for his name and for teaching Tsukamoto Okimasa
and Miyairi Shouhei, who has become the human national treasure.
He passed away in Showa 40th year(1966) at the age of 80.
Touyama MItsuru, born in late Edo period Ansei 2nd tear,
was the head of Pan-Asianism and chief of Genyosha(A political organization
which had Pan-Asianism in the center of there actions.)
until his death at Showa 19th year（1944）. At Showa 10th year（1935）,
he made Touken Study Hub and relied the sword making to Kasama Ikkansai Shigetsugu.
This blade was made inside of the Toyama Mitsuru big house.
He is well known  as a right-wing the most important figure.
This sword looks like Aoe sakasa cyoji midare active hamon.
Toyama Mitsuru.He was born at Ansei 2nd Edo period and passed away Syowa 19th October 5th.
He established Genyo say and connected with a lot of politician and financial person and influenced great deal as a right wing important person. 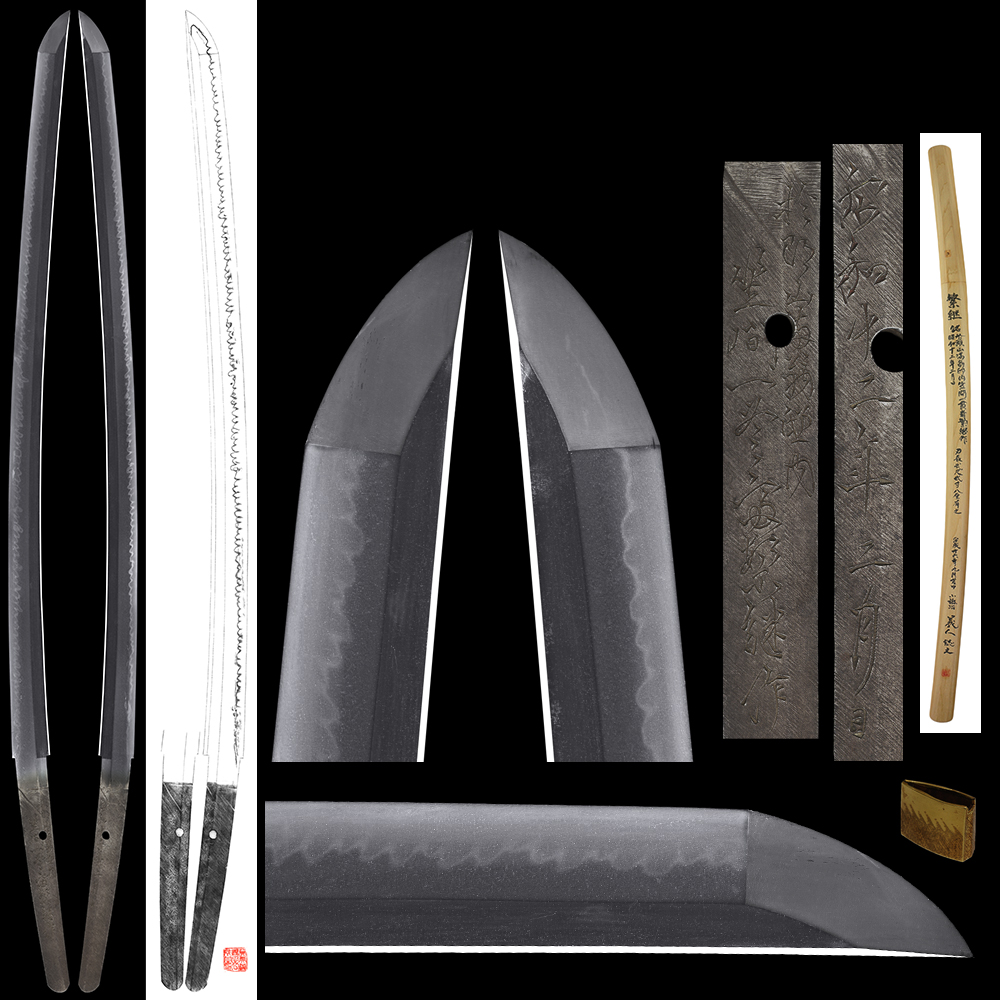 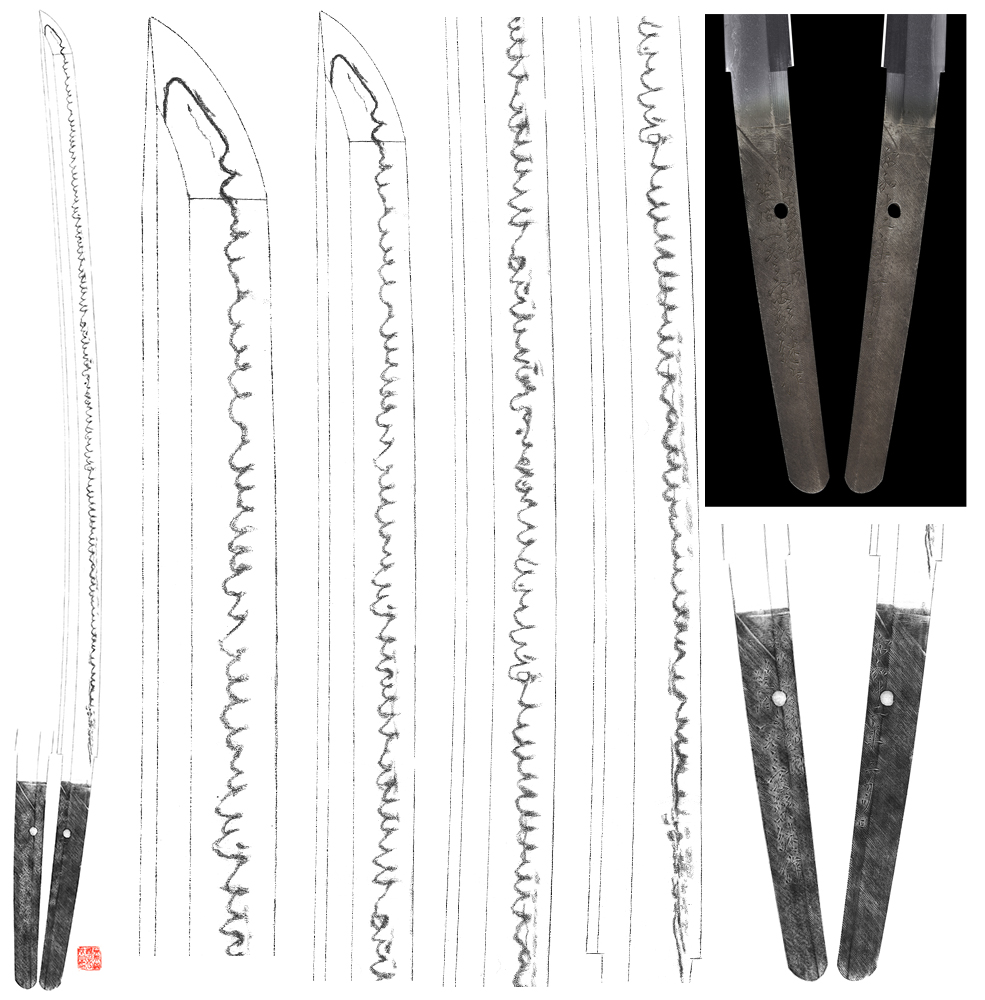