Special feature :First generation Munetsugu was born at Mutsu Shirakawa province as a son of Koyama Munehira. His name was Soubei.
He was working for Matudaira Daimyo family as a sword making Samurai.
He moved to Kuwana province with his master and then he moved to Edo Tenpo 2 nd year.At that time he was a well known sword smith and many Samurai asked to make his swords. His sword is well known as well cut and we can see many swords mentioned Saidanmei and also possession name on the tang of the blade.
Generaly speaking the quality of Munetsuga is one of the top sword smith in late Edo period and without any faults among his swords.

This katana was introduced in the book "The Token to Rekishi" . 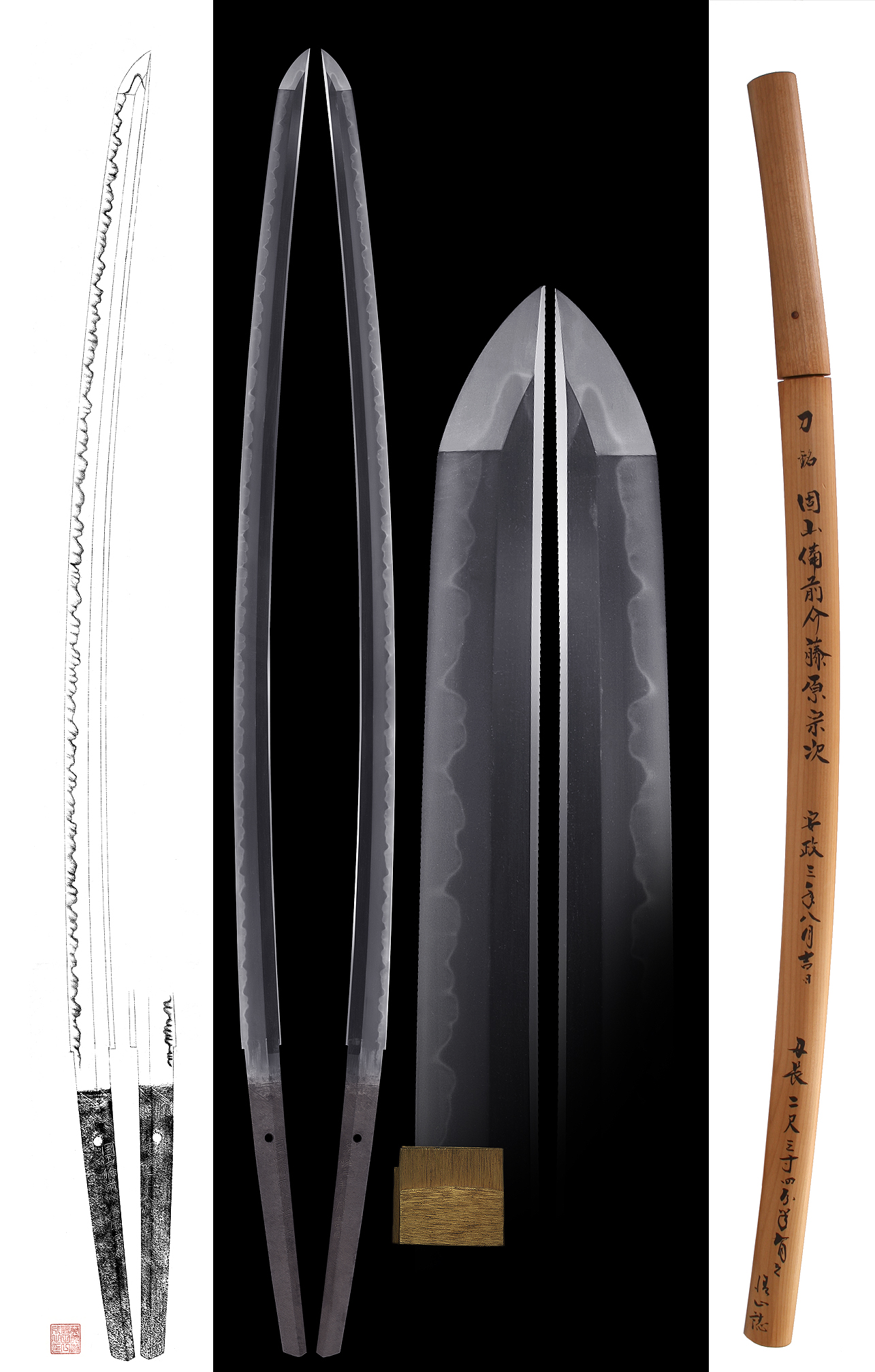 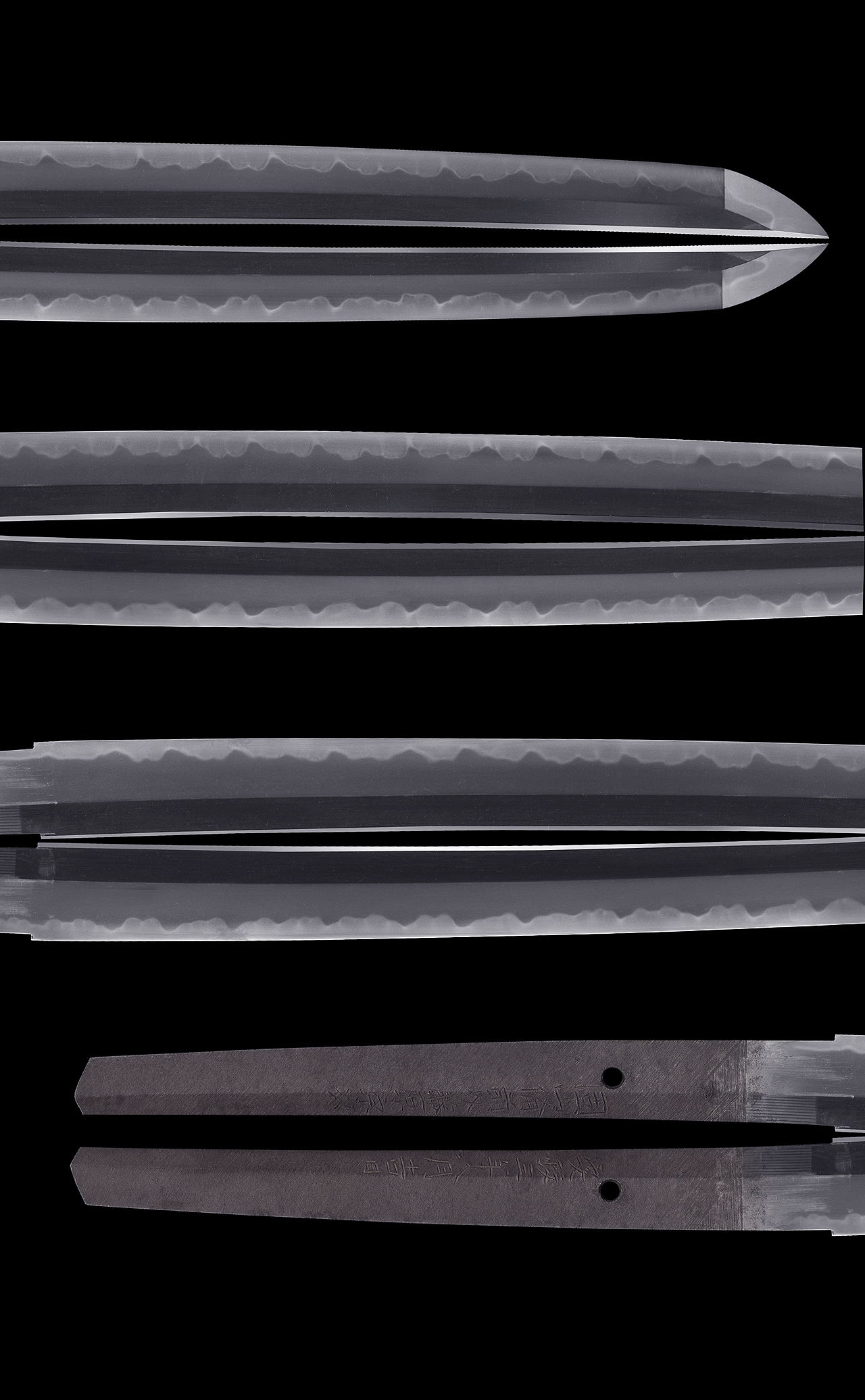